Social media is no more restricted to the digital space. It goes far beyond the web world and has efficiently penetrated into our lives. So much so, that our communication has gone impersonal, our emotions are no longer engaged and we have become robotic in our conversations. One app which is adding some personality to communication and putting “social” back into Social Media is ‘Bingle’. The app was launched at an event organised at The Next Door Café, a funky and friendly place to have a relaxing time with near and dear ones. This also marked the opening of Bingle Bar at the restaurant that promises a cool and comfortable ambiance to unwind.

‘Bingle’ is the brainchild of the young and dynamic Gaurav Tiwari. Bingle is based on the idea of increasing business and casual companions by picking up the restaurants with such opportunities within a few miles of the location of the user. The app will pick a Bingle-registered restaurant or bar and give the options of Bingle Casual or Bingle Business. It has features like a regular messaging application e.g Chat Messaging, Sticker Gallery, Customised Notifications and Wallpapers. 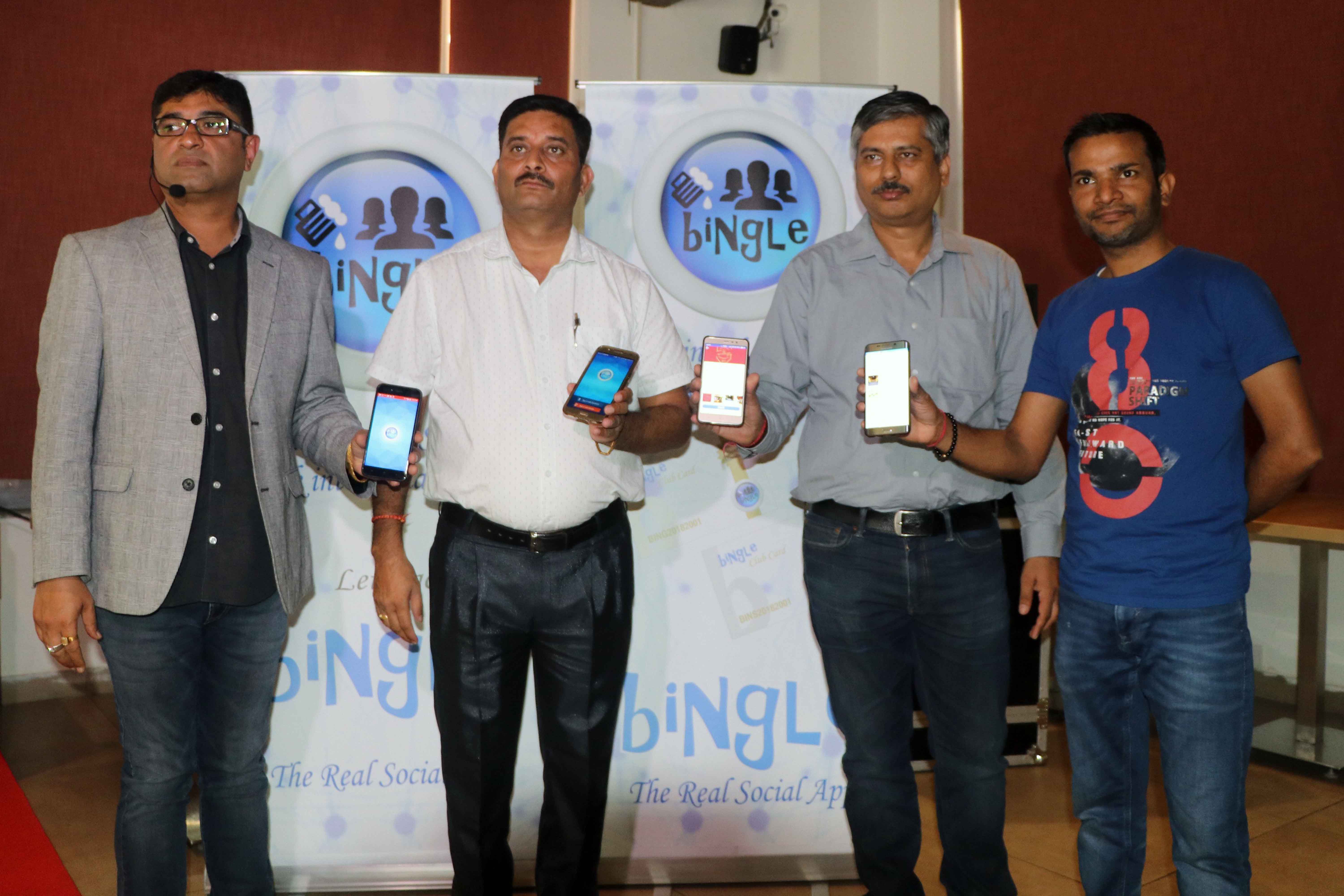 It promises better privacy as well as chance to go on a Blind Date. It will also act as a navigator by detailing the shortest route to the restaurant of your choice.

Vishal’s venture, The Next Door Café, is a place to chill out with friends and family. Now, it also has Tricity’s first Bingle-enabled Bar. Casual dining setting along with the games lounge, The Next Door Café has already set a benchmark with its specialty in guests’ entertainment and pleasure. Situated right at the Mohali-Kharar Highway, it has changed the rules of dining, partying and relaxing. Now with the introduction of Bingle Bar, the place promises more opportunities of extending the social circle and night life.

Gaurav Tiwari, the founder of Bingle, said, “People, today, are well-versed with social media and being online. I thought of tapping into this craze. However, I wanted them to ‘socialise’. Bingle is an idea where you connect through social media but essentially focus on being ‘social’, connecting in person. When I had come up with the idea of Bingle, I had to focus on a lot of things. Privacy and safety of the user topped the list. Since I was claiming to give them an opportunity to mingle in real-life, it was imperative that the app is super-safe. By far, we have only received a thumbs-up from the users.”

The owner of The Next Door Café, Vishal told, “TNDC is a project where we actually provide a space to re-connect. We are at a prime location in Mohali, quite connected with the areas having a great footfall. The Next Door Café will now have Bingle Bar. This has certainly made us one of the hottest joints with a promise of good and prospective communication along with a chance to relax and refresh. You can have a business meeting with your associates Bingle app has suggested. As well as, you’ll have a warm and friendly place to visit along with your friends and family.”

After the launch, a party was organised at The Next Door Café. A Bingle presentation, ‘Club Mirchi Night’ was an initiative by Radio Mirchi Chandigarh, where Mirchi Murga King Pak Pak Deepak made everyone giggle with his stand-up act. The evening was graced by Chandigarh’s star RJs, Mirchi Abhi and Mirchi Mehak and the event turned out to be full of fun and socialising.