There is already a heavy demand and craze for Apple’s iPhone X since its launch in India and other countries on 3rd November. 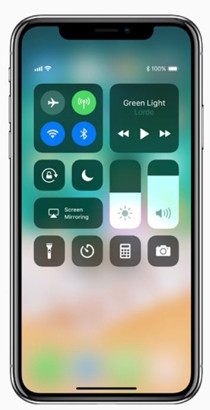 This most expensive smart phone ever launched has many features including a new facial recognition system that scans a 3D image of your eyes, nose and mouth to verify your identity. This is then used whenever you access it.

This facial recognition feature, or face ID, has evoked a mixed response, and is already causing a bit of worry to some potential buyers. There are fears about it being secure from unauthorised users or hackers.

This journalist talked to one of the experts from Cyber Security Researchers of Waikato (CROW) at the University of Waikato, New Zealand who say you do not have to be afraid, but you do have to be aware of what Face ID is, so you can make informed decisions.

Cameron Brown, Assistant Research Programmer in the Faculty of Computing & Mathematical Sciences, University of Waikato, Hamilton and team member of CROW says “When the infrared technology scans your face, the information is turned into a mathematical representation, and the data is stored in a secure enclave on the phone, seemingly safe from hackers or exploitation from developers”.

Explaining the plus side of this feature, Cameron said, “the  significant benefit of this is that the phone will contain very accurate information about your face, and therefore, reduces the chances of someone else unlocking it and gaining access to your data”.

The TrueDepth camera on the phone creates a 3D map of the face, and holding a picture of someone’s face to the phone camera will not work as it is 2D and will not match the 3D face, he added.

Asked whether there was any potential downside to this, Cameron replied, “There is one possibility, that of someone printing a 3D face of the phone owner,and using it to unlock the phone. However, due to the infrared aspect, I believe there might be some check as to the temperature of the object measured as a human face will have different temperatures to a 3D printed plastic model”.

Explaining more on the safety of Face ID feature, Cameron added “The data collected about the face is not a picture (png, jpg, etc), but it is a mathematical representation, called a depth map. It measures … thousands of measurements (that) come from the infrared dots to represent the face”.

According to Cameron, “Not only that, the Face ID data is stored and processed in a secure enclave on the phone which is a separate chip,  and is not available to the rest of the hardware of iOS. As far as I am aware, it has not been broken or accessed by hackers before”.

Even if this is a reassurance, decision to buy this luxurious phone is entirely yours

Gurbir Singh is a New Zealand-based freelance Feature Writer & Journalist. You can reach him at: [email protected]