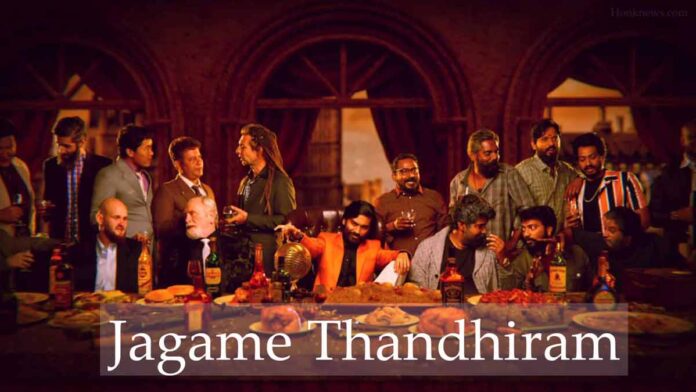 The long-awaited movie which already announced its production a year before is finally stepping ahead.

Jagame Thandhiram has taken a major step by releasing the movie on the OTT platform and it’s kinda appropriate in all these covid situations. Creators have decided that the movie will be released in 17 different languages. The fans are already excited about this upcoming movie and here is everything that you need to know about Jagame Thandhiram.

Sex Education is mandatory for everyone and Netflix is making it possible through their popular series, Sex Education. This series is one of the most-watched shows on their platform and it is preparing for season 3. Read everything about the series in detail.

According to the officials, releasing the movie on the OTT platform was the biggest decision they have made. The movie was initially planned to release physically but looking at the current situation, the officials have taken this step. Jagame Thandhiram is coming to Netflix on 18 June 2021. The actor and his fans are already excited for the movie to release on Netflix.

Recently, Dhanush shared a picture of the cast and himself on the Internet. The official Netflix account has also shared the first look of the movie on Twitter which captioned as

“#JagameThandhiram is releasing tomorrow. But, a First Day First Show without a cut-out ah? How possible it is?!!

No problem, maapla. Dhanush Superfan PP Samy got your back ”

Y NOT Studios’s producers and Reliance Entertainment have released a statement, thanking the movie’s officials and cast for choosing Netflix as their first priority. South-Indian movies have always been a means of entertainment all over the country and world. Before the pandemic, the movie was always released in cinemas for the people as a large number of audiences loved to watch it. It was a big step for the show makers to take this decision.

The actor and his fellow cast have given Netflix their first priority to release their movie. In a statement, the officials said,

Given the unprecedented scenario of a global pandemic, consuming content in the comfort and safety of our homes has become the best available option for the entertainment industry to continue functioning. We are extremely proud and happy to have utilized this opportunity to secure the widest release one could imagine for a home-grown Tamil film, by joining hands with Netflix and making ‘Jagame Thandhiram’ – which is our biggest and most ambitious production to date – instantly available in 17 languages across 190 Countries, and to over 200 Million subscribers of Netflix,”

The movie starts with Suruli (Dhanush), a local gangster who went to London to meet someone in order to make a deal. Besides this, Suruli is an owner of a local restaurant who is pursuing to impress a girl but his behavior doesn’t make this come true.

He is looking for a bride and somehow when he manages to get one, she also runs away after finding his criminal background. The action-thriller movie also makes the audience laugh throughout the movie.

The famous actor also makes the statement by saying, “I love the character so much that I always ask Karthik Subbaraj to make a sequel. I am confident that everyone will like the film. Karthik Subbaraj and I are the biggest fans of Rajinikanth. In my earlier films, I have refrained from any Rajini-ism creeping into my performance. But with Jagame Thandhiram, Karthik told me, ‘Let Rajini be there’.”

The movie also cast the famous actor Rajnikanth in the movie and this makes the people more attracted towards it. Dhanush has acknowledged his father-in-law in the movie by saying that it was something he always loved to do.

Avenger is finally releasing Black Widow this year and the fans are excited to see their favorite women superhero. Read this article to know

After the movie was released on Netflix, people and critics started to react to the movie. Many bog celebrities have tweeted in favor of the movie with some positive thoughts.

Also Read :   5 Mistakes You Make When Teaching Someone How To Ride a Bike

However, the critics don’t seem to enjoy the movie as much as the audience does. Just in few days, people started to use their sources on the internet to appreciate the artist and the movie.

Let’s take a quick look at the critic’s rating of this movie.

Moreover, the audience has shown mixed reactions to this movie but the majority of them have liked the movie. Some people commented that the movie wasn’t as great as they expected with the star. They claimed that the movie doesn’t match the hype in general. However, other people have loved the movie and the storyline.

Is there any Official Trailer for the movie?

Netflix has released the official trailer of Jagame Thandhiram on Youtube and people are seeming to enjoy the trailer. Even the Avenger’s Director has shared the trailer by appreciating the movie, which is an achievement in itself.