Jamia Millia Islamia JMI B.Tech entrance examinations 2017 results have been declared today July 3, 2017 today at the official website jmi.ac.in. The candidates will be able to check result updates at jmi.ac.in, the results were expected to be declared by June 30, 3017.  A press release from JMI has said, the results have been delayed due to unavoidable circumstances. 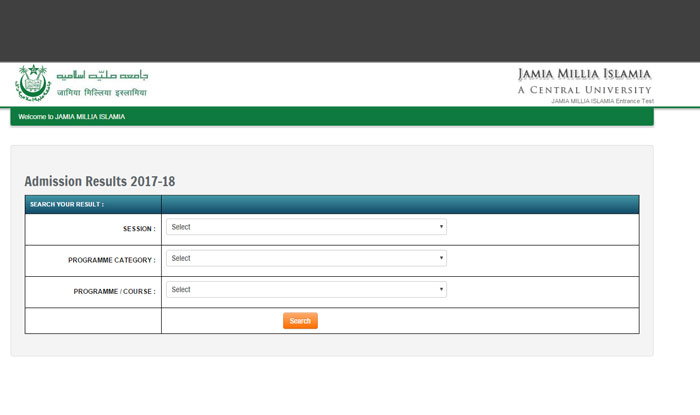 “It is hereby informed to all aspiring candidates for admission to B.Tech. programs that due to unavoidable circumstances, the list of selected/wait list candidates could not be declared by 30.06.2017,” said the statement. As per the official notification the results will be declared by July 3 As the per the notification published by Office of Controller of Examinations (CoE) of JMI the university has issued scorecards to all the candidates who appeared in admission tests for various courses on offer for this academic session.

As per the official statement issued by JMI, the scorecards have been issued on the pattern of JEE MAINS, NEET and other national admission tests making the university’s admission procedure highly efficient and transparent, setting new standards as far as admissions to Central universities are concerned. The scorecards carry all significant details of the candidate such as their photograph, personal information, marks scored in admission test and ranking in different reservation categories.

The break-up of marks, including those in subjective sections of the test paper as also the interview score have been provided, wherever applicable. The Office of the CoE has send SMSs to candidates for downloading scorecard after it has been released, informed the Controller and Deputy Controller of Exams.Prof. Talat Ahmad, Vice- Chancellor, JMI said, “these changes have been brought about to set new benchmark in admission to various courses at JMI.