With just a few days left for the release of Janhvi Kapoor and Ishan Khatter’sfilm ‘Dhadak’, the young starlets are busy promoting their film in various cities of India. Janhvi and Ishaan were spotted posing for the shutterbugs in Chandigarh today as they begin their promotions of ‘Dhadak’ in the city. 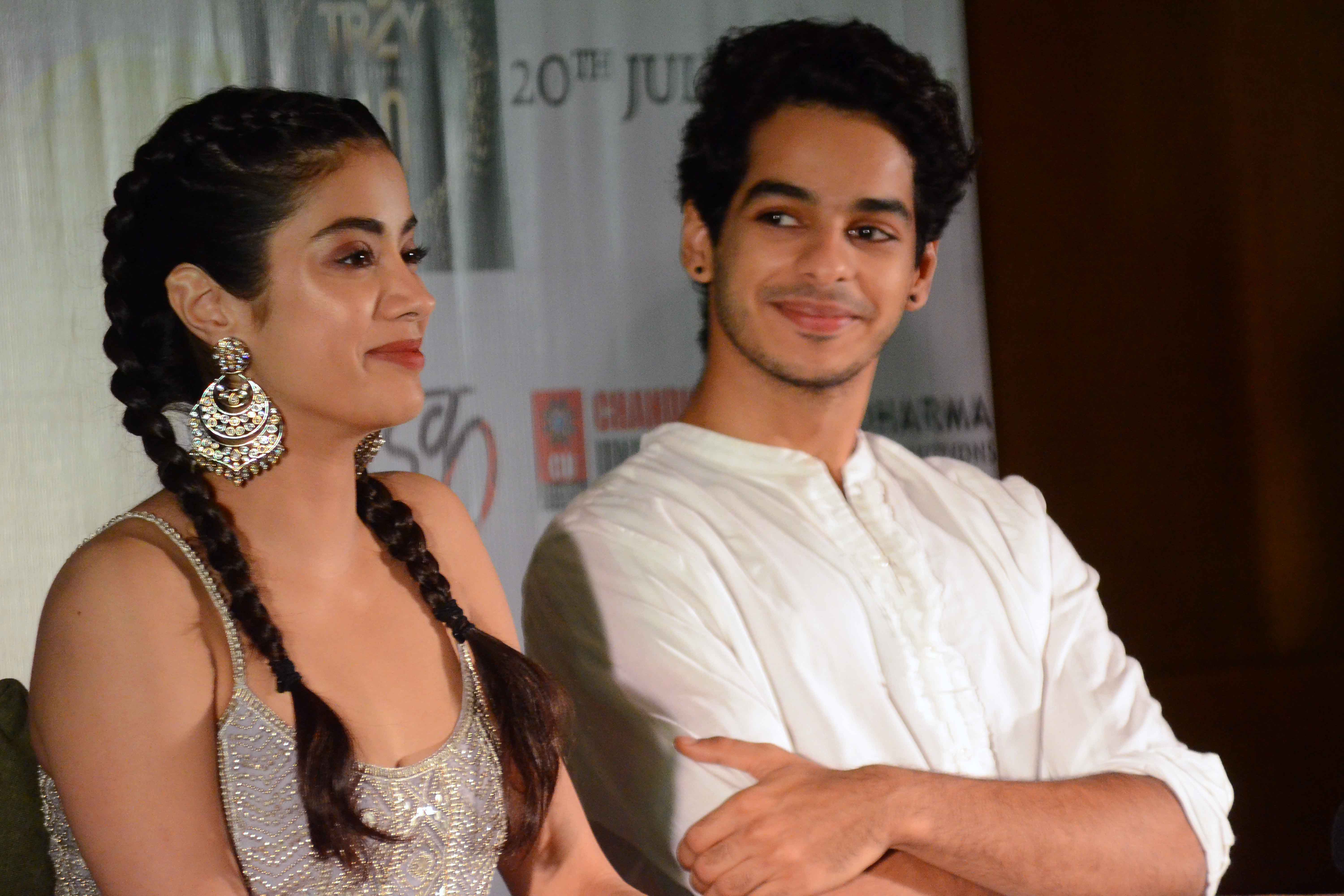 While Ishaan opted to dress in a white short kurta and olive baggy pants, Janhvi opted for a shimmery silver and lavender coloured dress. along with two plaits which she teamed up with heavy earring. She looked quite the Punjabi kudi in the ensemble!

Sonia Mann to mark her Bollywood debut with ‘Happy Hardy and...