With another pomp song, the heartthrob of millions is all set to make a bombastic return. This immensely popular UK superstar is going to give yet another hit track to the music industry with an exclusive Punjabi Desi Number. 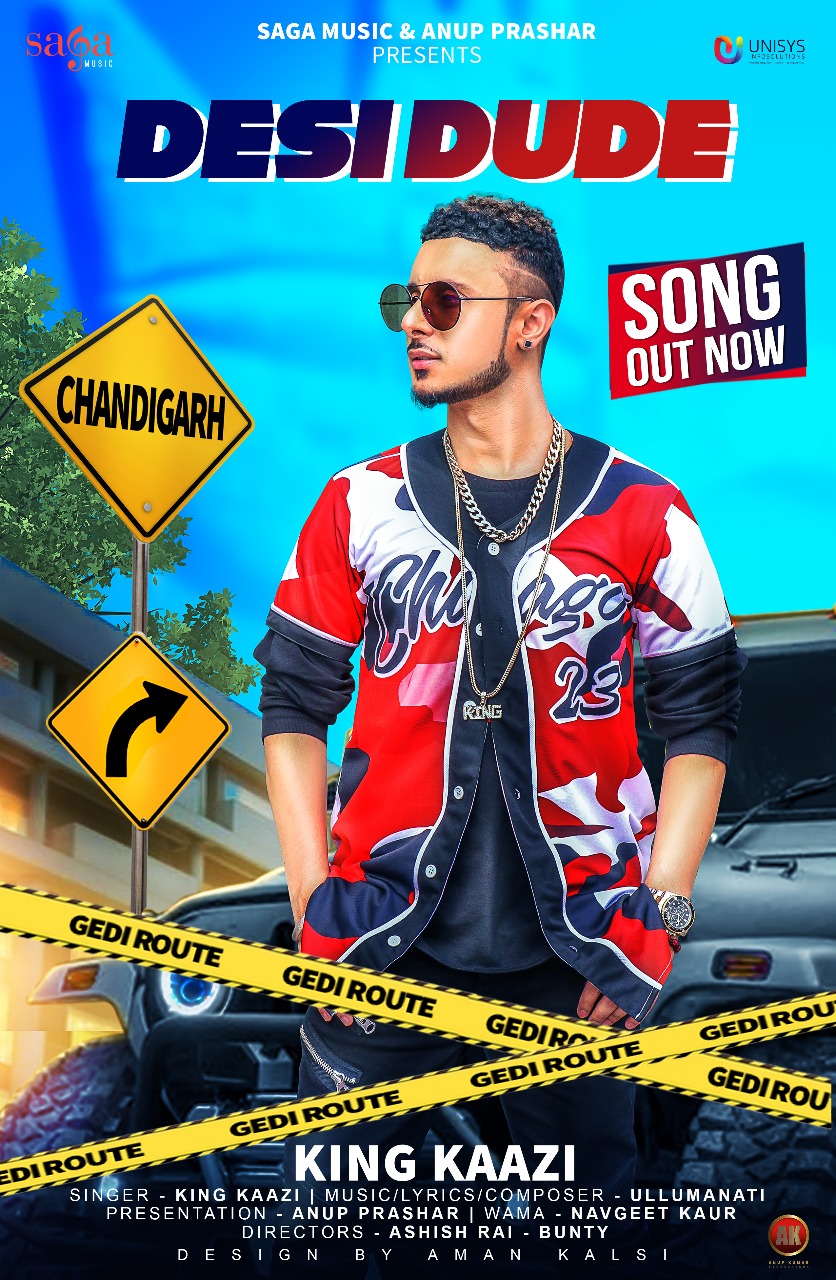 The fans of this NRI singer-performer have missed him long enough and now he is back with his latest peppy number -DESI DUDE with amazing lyrics and melody. This hardcore Punjabi number is presented by SAGA music India’s most famous music label. It is sure going to touch hearts of millions of Punjabis with its classic lyrics and splendid beats. The video of the song is even more enjoyable and is something fresh to look up to. It totally does justice to the enthusiasm and excitement of fans who are eagerly waiting for the release of the song.

King Kazi is popular singer and performer. He has already touched the hearts of millions of fans across the border and now with this upcoming track he is soon going to melt the hearts of his Punjabi audience.

DESI DUDE felicitates the spirit of all the young boys and girls which is surely going to connect with hearts of millions of youth. The song will releasing on 16th of July 2018 and is presented by Saga music and Anup Prashar.

The debut of this amazing performer, with Zee Music in 2016 was a super hit. His song ‘Kala Cobra’ became a super hit soon after its release. It was a huge success and achieved millions of views and unlimited downloads on YouTube. He has not only been complimented for his singing but also for his acting in his song ‘Andheri Raat Main’. All his songs have been well accepted by the audience. His last track, ‘Radio’ also received huge accolades and was as amazing as ever.

The music, lyrics and composition of this Punjabi number have been done by UlluManati but this is not it. The song has fresh direction which is something to look up to renowned directors like Ashish Rai and Bunty have collaborated and gave this video an amazing direction which is going to connect the hearts of millions. The wardrobe stylist for this song is Wama- Navgeet Kaur.

Saga has always recognized new, fresh and true talent and gifted the industry with some wonderful singers. King Kazi is one of them and that is why this project is going to be a great deal for saga and Kazi as well. The whole team seems very excited about the song. So let’s wait eagerly for the song and see what this song has in store for us.