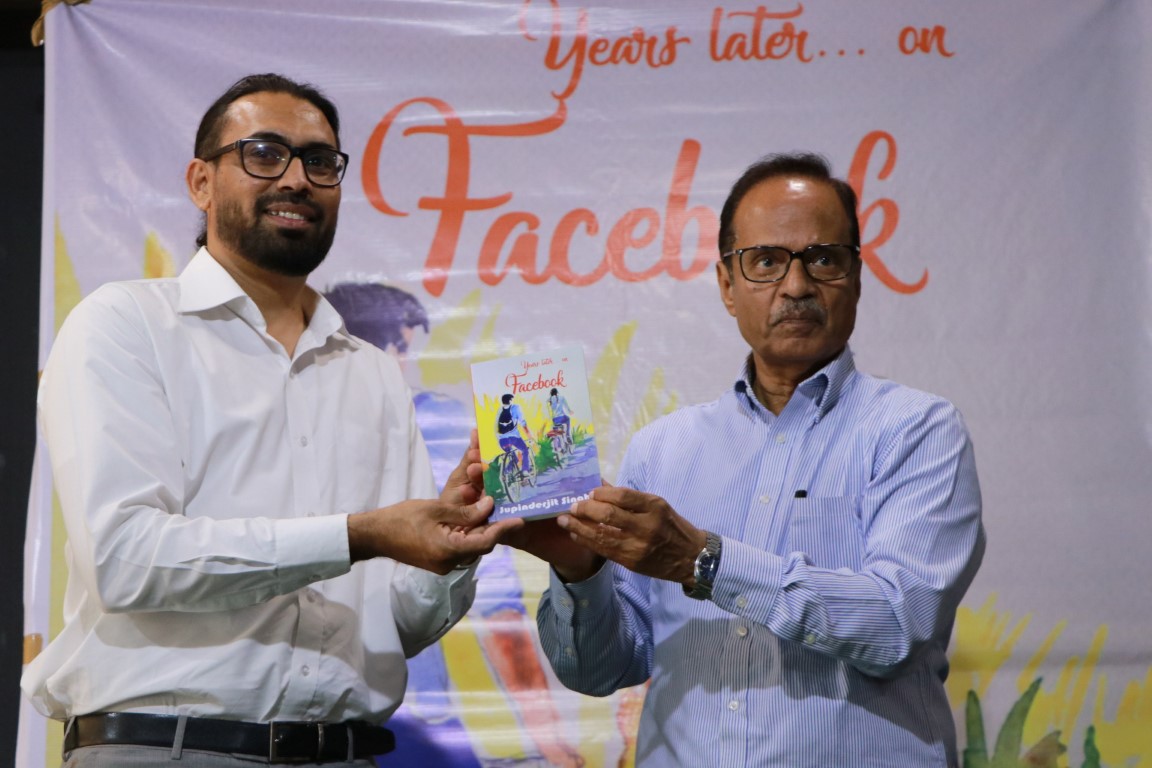 As you read the book, you will find out that it is an anthology of a myriad range of stories; wherein, each piece accompanies an illustration in the book. While it starts with the story of a boy who meets childhood fame, it covers various other stories including that of a career woman who peeps out of marriage and meets a playboy, a tale of love amidst firing at the zero-line on the Indo-Pak border, and sufferings of a young man stuck in his teenage love.

“The book stands testament to the joy of writing and life with its funny yet, complicated happenings,” said Jupinderjit.

The book also highlights various other thought-evoking subjects ranging from voyeuristic men in a gym, and another in a train, to those taking on ‘love jihad’. From nature’s effort to erase the borders through ‘Peepal no 18’; to gun-firing in Poonch; to the serene silence of Ladakh, the book will offer food for thought for travellersalike. In fact, with glimpses of Istanbul, London, Kashmir, and Rajasthan in the stories shall give wings to the reader’s wanderlust.

The book shall also prove to be a blessing in disguise for the students of journalism. “If a curious mind is a pre-requisite for being a journalist, observation is perhaps the second-most important ‘skill’,” stated Jupinderjit, who is also the author of Justice for Jassi- which he co-authored with decorated Canadian journalist Fabian Dawson.

His third book is a specimen of investigative journalism. It is tentatively titled ‘86 Years Journey of Bhagat Singh’s Pistol’. Jupinderjit had discovered this lost pistol of the great martyr in November, 2016. He has penned the book on his investigation and shall be a learning experience for the students in the art of investigation.

He has over 20 years of varied experience in reporting in Jammu and Kashmir, covering the entire state of Rajasthan as the State Correspondent, and is also a Fellow with the Centre for Science and Environment on Forest Rights for the Tribal in Jammu and Kashmir.

Jupinder was awarded the Prem Bhatia young journalist award for his stories and research on the “changing demography of Punjab vis-à-vis the inflow of migrants from eastern and central states to Punjab and outflow of Punjabis to western countries” in 2005.