YAAR VALETI is a fun party and welcome song for all the NRIs when they visit their home land Punjab. The song depicts how their visit is celebrated by all family and friends with endless partying. This banger is sung and performed by very talented artist King Kaazi. YAAR VALETI will be released on one of the biggest music label Movie Box. The song presentation is by Mr. Anup Prashar (Acme).The music video is directed by Ashish Rai and Bunty. 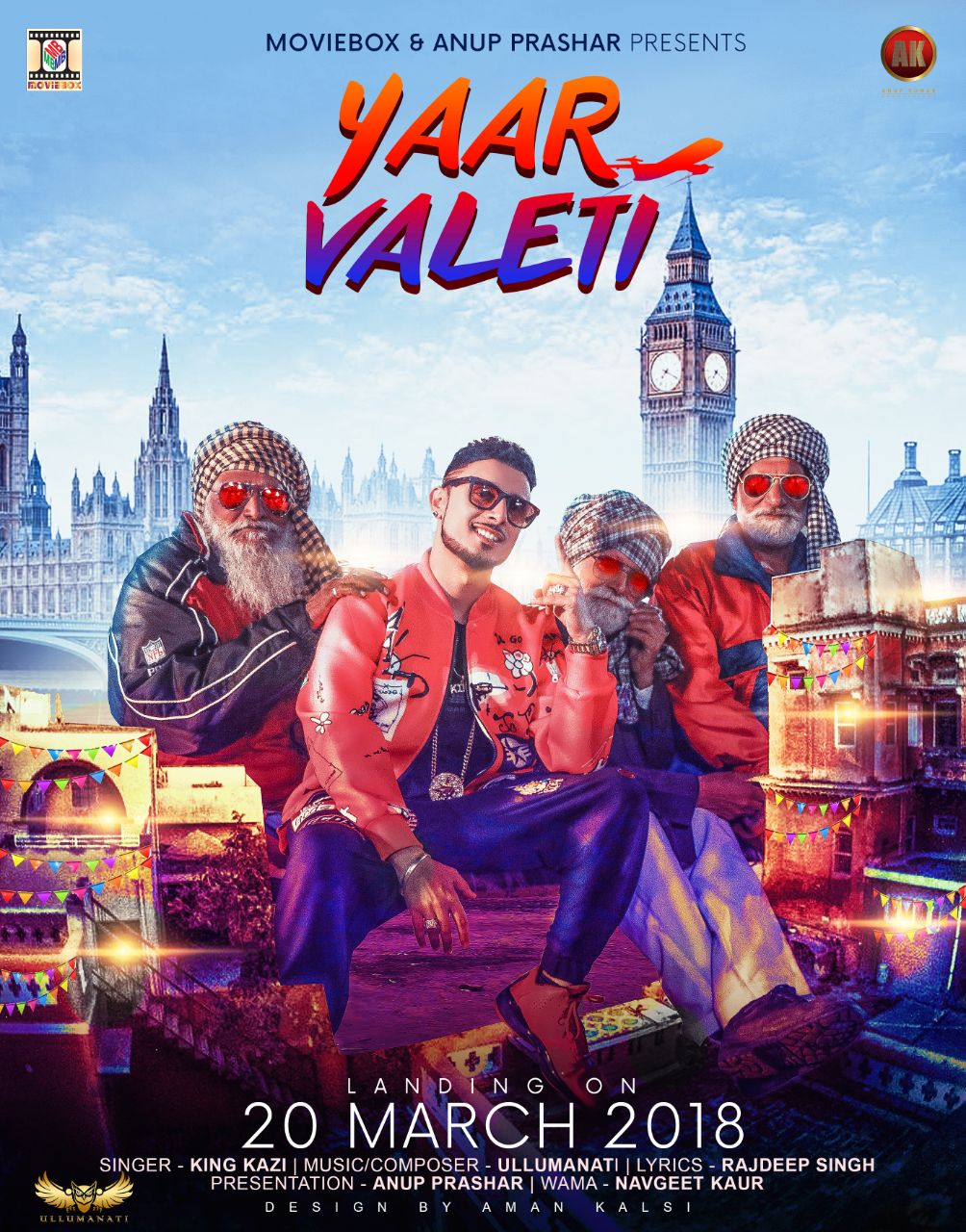 King Kaazi is a versatile, young, creative artist from America, who made his debut with his song ‘Kala Cobra’ released on Zee music in 2016. The song was immense success and achieved million of views on Youtube and unlimited downloads instantly. King Kaazi is a terrific performer.  King Kaazi is also a great actor he proved his acting skills in his second super hit song ‘Andheri Raat Main’. King Kaazi’s most recent Banger is Radio, that was released on T-series in December 2017.

YAAR VALETI  is directed by extremely famous directors Ashish Rai and Bunty, who has directed the song beautifully. As pleasing the song is to the ears, the video is equally pleasing to the eyes. The music, lyrics and composition is done by UlluManati. The wardrobe and makeup was being looked by WAMA (Wardrobe and makeup adviser) Navgeet Kaur.

The whole team Acme is very excited about this new song YAAR VALETI. The team has put their heart and soul into the project. The owner of Acme Mr. Anup Prashar promises to bring more entertaining songs with good music in near future.