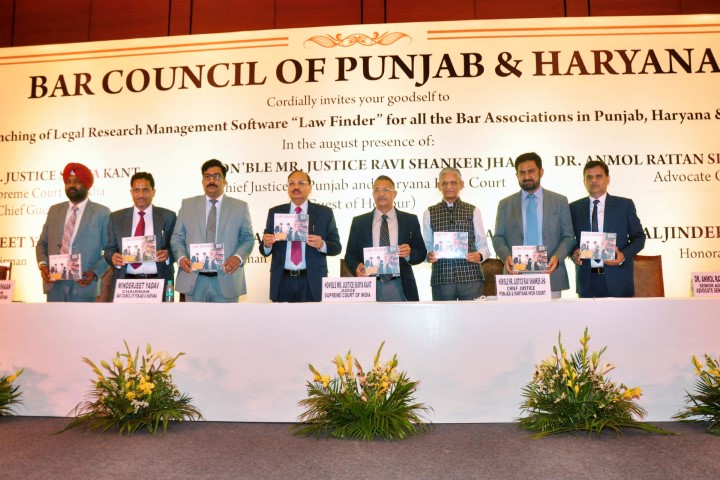 The Bar Council has decided to provide “Law Finder” Legal Research Management Software to every Bar Association in Punjab, Haryana and Chandigarh. In the era of information and Technology, every lawyer is now dependent upon technology. Legal Research Software plays a big role in the Administration of Justice. The Law Finder is the most popular software being used by all the Judges in the States of Punjab, Haryana and Chandigarh. It is a very swift and cost-effective software having a complete library of all the Law Reporters of the country, what makes the law finder unique is the ability to detect the overruled judgments.

While appreciating this initiative, Justice Ravi Shanker Jha said that the ecosystem created by IT has also helped the legal profession. The judges and lawyers are equally dependent on the Legal Research Software. The Law Finder along with SCC is one of the most commonly used Software and some of its features like a tipping point to help read long judgments quickly and another feature “Over Rule Alert ” Red flags every overruled judgment.

Earlier while welcoming the delegates from the legal fraternity, Minderjeet Yadav emphasized the introduction of technology in their profession. He informed This software helps a lot to do the search work that was an hourly task now which can be done in a minute. Unfortunately, the Law Finder was not accessible to all the members of the legal fraternity, specifically the new entrants in the new profession, and now will be easily accessible in the library of all the Bar Associations of the entire States of Punjab, Haryana, and Chandigarh. Considering this as an utmost priority, the Bar Council of Punjab and Haryana has decided to provide “Law Finder” to approximately more than 170 Bar Associations, so the majority of the legal fraternity can access this tool and be on the same footing in a digitalized world.

In his address, Justice Surya Kant said in the era of Information and Technology plays a significant role in every profession. artificial intelligence has made the task of every individual or enterprise very easy and cost-effective. No profession can be conducted without the touch of modern period Information and Technology. He affirmed the introduction of Law Finder will certainly boost the productivity of legal professionals of this region.

During the occasion, Bar Council felicitated Dr. Anmol Rattan Sidhu on his appointment as new Advocate General of Punjab as part of their diamond jubilee of Council. Sidhu also holds the distinction of being elected as the President of the Punjab and Haryana High Court Bar Association for a record 8 terms.

Sandeep Marwah in the List of 50 News Makers of India...