NewZNew (Mumbai) : The Pataudi family, stars of high society, hosted a nawabi-style gathering for their newly married beti Soha Ali Khan and her husband Kunal Khemu in Mumbai yesterday. While the marriage ceremony was an in-house affair, a host of celebrities attended the reception held thereafter. 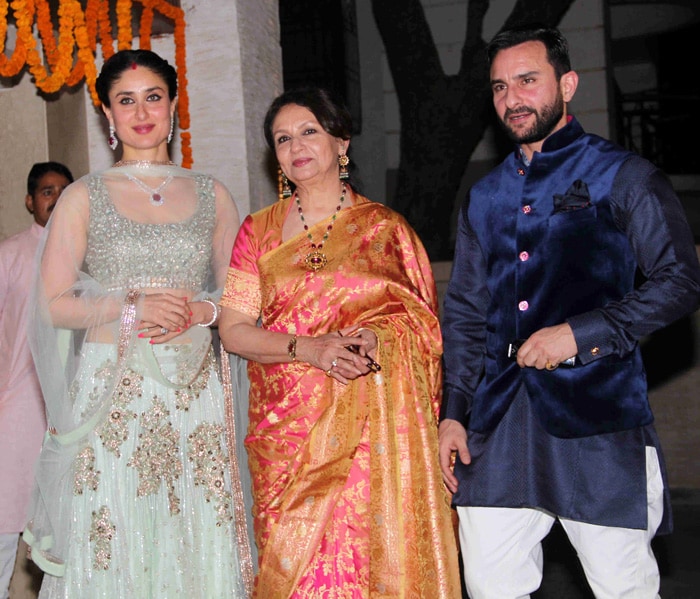 Kareena who had looked ravishing at the wedding, notched up another fashion high in glittering white and pink Manish Malhotra while Saif topped off the aristocratic look with a blue bandhgala. 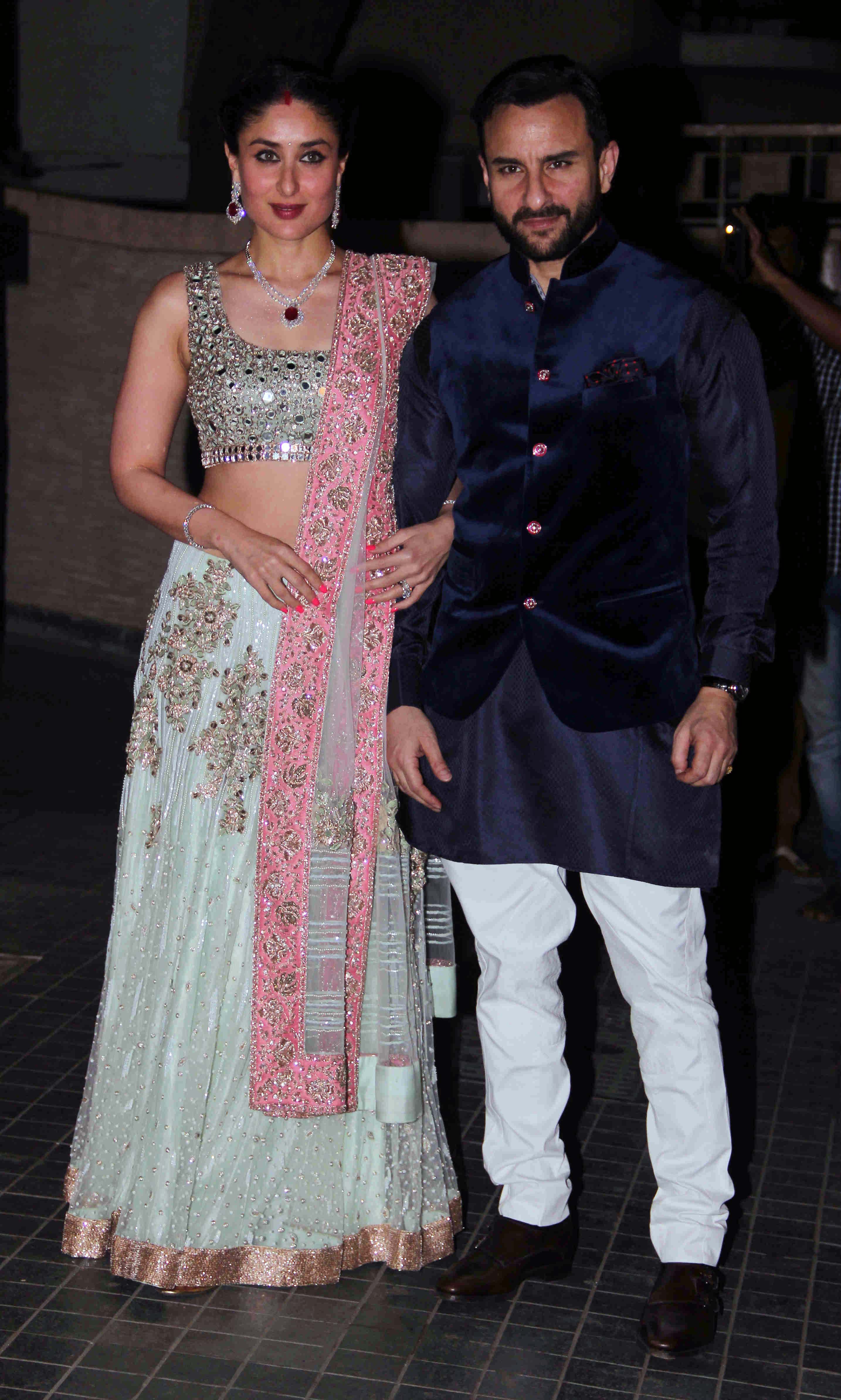 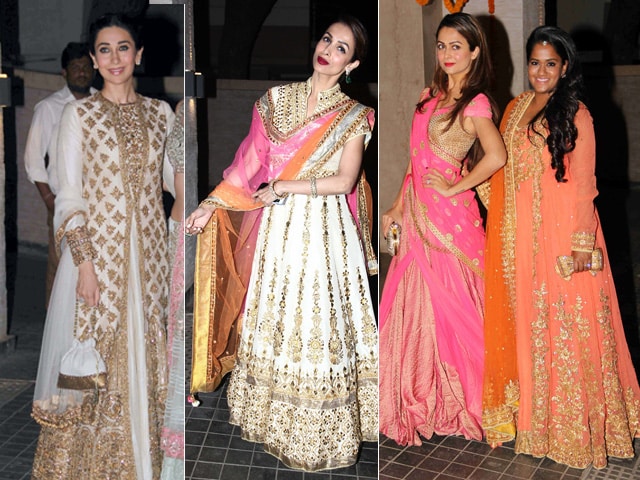 Soha’s close friends Neha Dhupia and Konkana Sen Sharma, who had thrown a bachelorette party for her a few days prior to the wedding, were also in attendance. 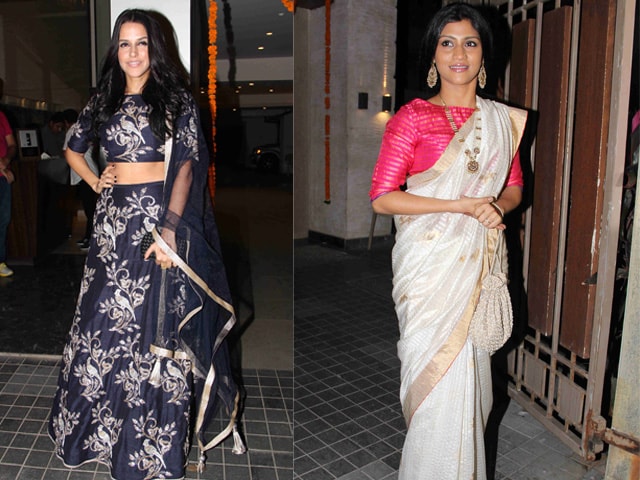 The new bride’s sister, jewellery designer Saba Ali Khan added a dash of colour to the festivities in a yellow lehenga-choli. 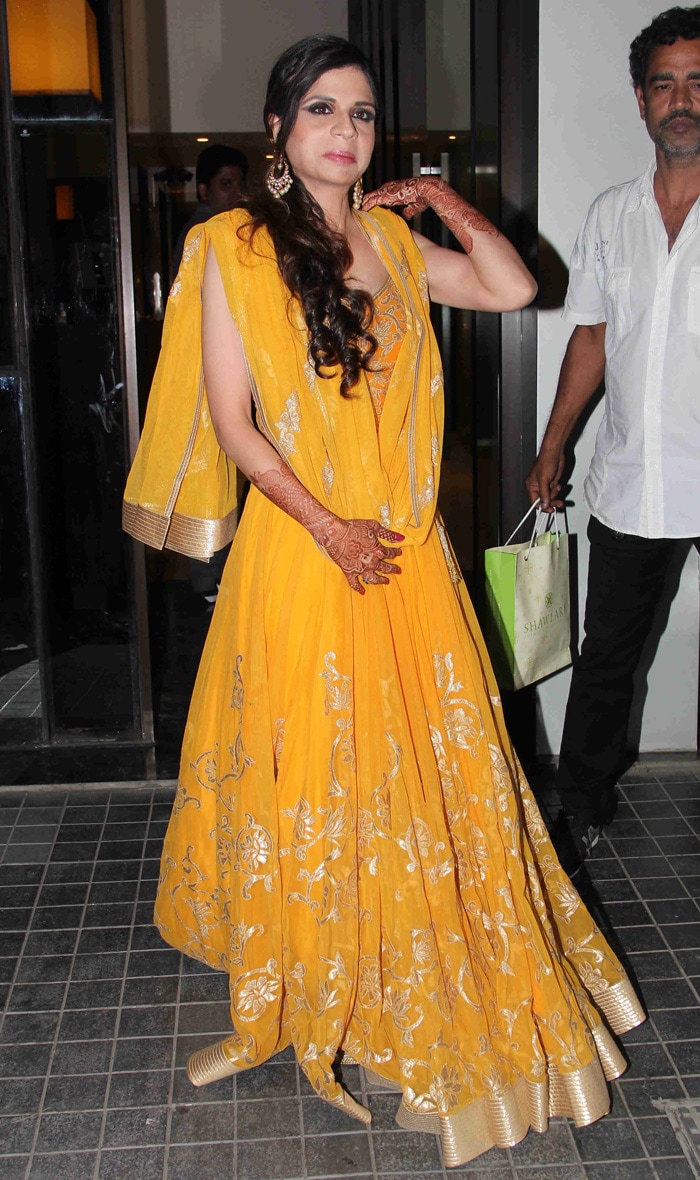 Saif’s ex-wife Amrita Singh and their daughter Sara, who were absent at the wedding, weren’t a part of the reception either. His son Ibrahim, who had put in an appearance at the wedding, was later sighted at the after-party. 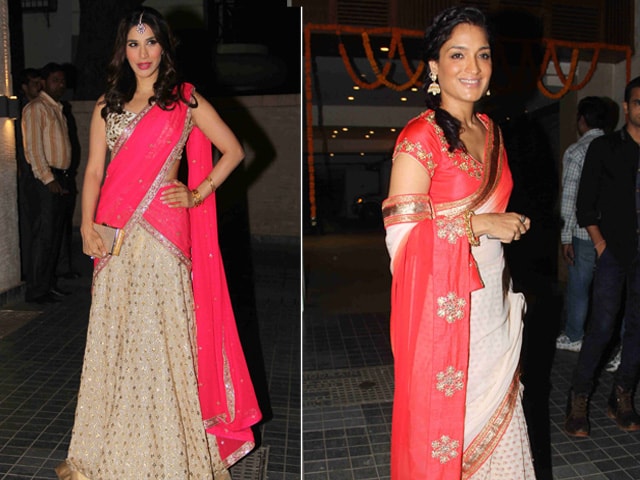