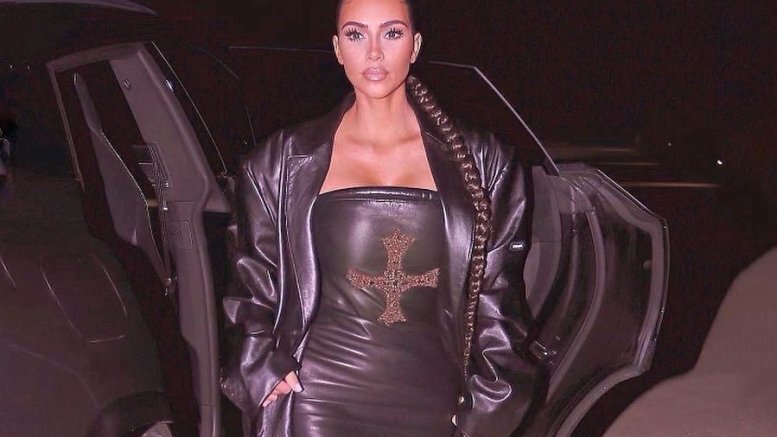 As a mark of Mother’s Day, which falls on May 9, People for the Ethical Treatment of Animals (PETA) India has named a mother cow after Kim.

The cow, which was rescued by the animal rights organisation, has flashing eyes and long, dark eyelashes. She was named Kim by the organisation to thank the American reality TV star, a mother of four, for her compassion to mothers of all species by promoting dairy-free diet among more than 200 million followers on social media.

A sanctuary supported by PETA India won custody of the cow, said to have been exploited for dairy. Kim loves green grass, sorghum, groundnut cakes, and fodder carted around in a wheelbarrow.

Meanwhile Kim the reality TV star continues to wow her fans on social media. She posted a new workout picture on Instagram on Friday (India time) wearing a skimpy black leotard and flaunting her ash blonde tresses while working out.

Kim captioned the image, which currently has 3.5 million likes, with a green jigsaw puzzle emoji.

Her sister Khloe took to the comment section and wrote: “Ok now you are just playing with my emotions.”

Currently, Kim is going through a divorce procedure with rapper Kanye West. She filed for divorce on February 19 after seven years of marriage. They have four children — North, 7, Saint, 5, Chicago, 3, and Psalm, 23 months. Two months after Kim Kardashian filed for divorce, Kanye has asked for joint custody of the kids.