NewZNew (Ludhiana) : Punjab Chief Minister Mr. Parkash Singh Badal today said that rather than politicizing the drugs issue in the state by organizing political rallies all the political parties, NGOs and the general public must join hands to eliminate this menace from the state. 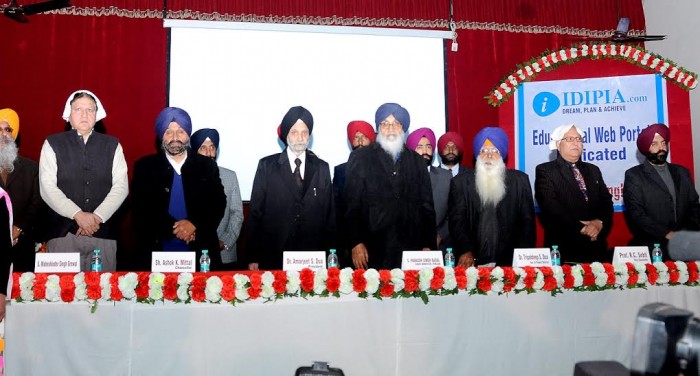 Interacting with the media persons on the sidelines of inauguration IDIPIA.com- an educational web portal here at Government College for Women, the Chief Minister said that Lalkar Rally held by the Congress on the issue of drugs would serve no purpose as it was just the politicization of this grave issue. He said that it was the high time that all the political parties, NGOs, general public should support the state government for eradicating the curse of drugs from the state. Mr. Badal said that instead of political motive such rallies were of no use as it would not help the state in any manner.

Replying to another query, the Chief Minister said that issue of nominating any person as its Chief Ministerial candidate was the sole prerogative of any political party. However, he said that Mrs. Kiran Bedi had already proved her mettle in every field be it be Police service or social welfare. “Mrs. Bedi has a proven track record of a committed Police Officer, an able administrator, a true philanthropist and above all a great humanitarian” added Mr. Badal.

On a query regarding the media reports pertaining to decision of Union government to honor him with Padma award, the Chief Minister said that the unstinted love and support bestowed upon him by the people of the state was the biggest award for him. Mr. Badal said that due to the love and affection of the people of Punjab he has been elected as the Chief Minister of the state for record fifth term besides being the Union Minister for Agriculture for once adding that this award of people was bigger than any other award.

Earlier addressing the gathering after launching IDIPIA portal, the Chief Minister termed it as a revolutionary step aimed at transforming the entire education system of the state. He said that this portal would enable the students to choose better career opportunities after matriculation thereby acting as a lighthouse for them. Mr. Badal also asked the developer of IDIPIA portal Dr. Harpreet Singh Dua to adopt the meritorious schools of the state government for guiding the students to select the course of their choice after matriculation exam.

Exhorting the corporate sector to play a proactive role in the development of education and health sector in the state, the Chief Minister said that they must contribute for further developing both these core sectors of immense significance. He said that the industrialists must come forward generously to uplift the standard of both these sectors in the larger public interest.