Large number of visitors witnessed on the 2nd & 3rd day of the GMMSA EXPO INDIA – 2019 : One of the biggest concerns of machine makers is that they need to make the machines that they manufacture energy efficient. 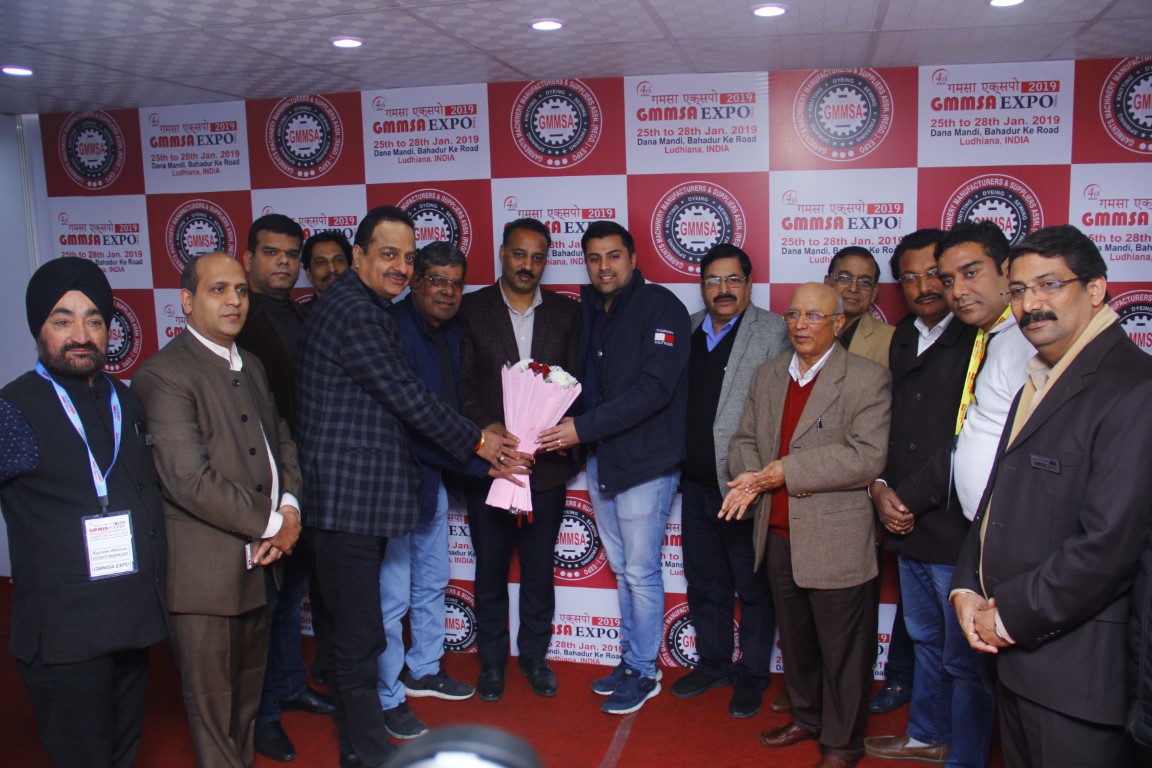 This effort was visible at on the 2nd and 3rd day of the GMMSA EXPO INDIA – 2019 that witnessed a large number of visitors. People from different parts of the country visited the exhibition, organised by Garments Machinery Manufacturers & Suppliers Association (GMMSA) (Regd.) at Dana Mandi, Bahadurke Road in Ludhiana from 25 January to 28 January, to get a glimpse of the latest technology that is available in the market.

There are plenty of machines that are faster and produce more, however, inventors have not left out the idea of energy saving. There is a growing urgency to save resources and for this, manufacturers are striving to make machines more energy efficient and highly productive thereby increasing efficiency.

The aim is to deliver effective production and to minimise wastage. Saving water and electricity is a challenge that all manufacturers face.

Mr Sanjay Talwar – MLA Ludhiana visited the expo and appreciated the gesture and efforts of GMMSA Expo India for providing huge opportunity for the industry. He further appreciated the efforts of Congress Government in state and promised to provide exhibition centre to Ludhiana at GLADA ground by next year.”

Mr Jayesh Shah, Director Indian Dyes Sales Corporation (IDSC) said that, “We are the sole selling distributors of Lancer Group since last 25 years for plastisol ink. This ink is used for garment printing, and the brand is very quality conscious using world class raw materials. We basically deal in specially products and have European standard certificates like DEKOTEX. Our products are mostly used in screen printing for garment and hosiery products. We also have MATSUI brand from JAPAN that deals in water based inks. This is the only world class Japanese Ink available in India.”

Mr. Ankur Gupta of Shori Chemicals said, “We believe that people will only get to know how well a particular machine performs when they can see it for themselves. So we have arranged live stations and you can see the machines working. Grafica screen printing by Ovaltex, High-speed sublimation printer, Promise roller fusing machine and Shaperjet 3D printer are some of the things that are on display at our stall. The printer by Graphica Flextronic can print 400 to 500 t-shirts in an hour and this machine is also being exported to other countries. India used to import printing machines till this company started manufacturing it in India itself.” 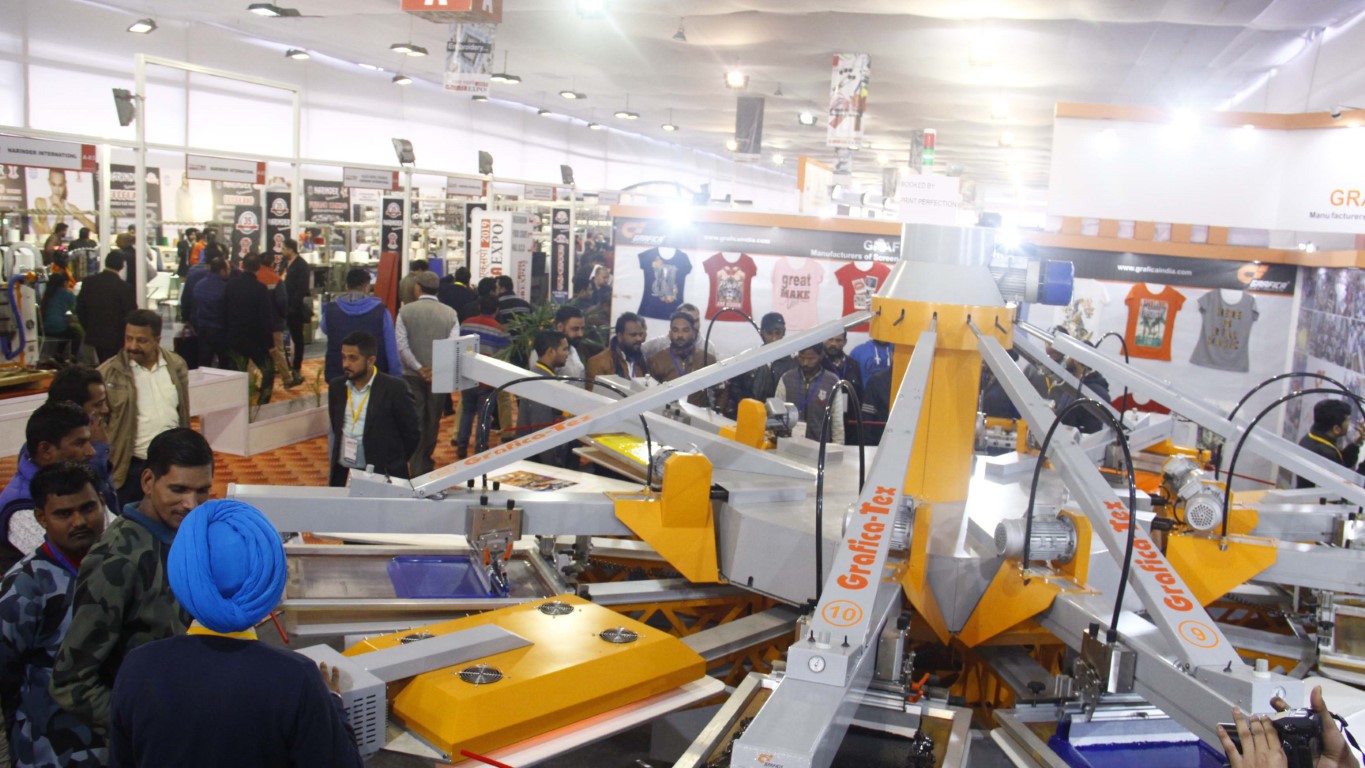 Mr. Parmesh Wassist of Ramana International Pvt Ltd said, “We have introduced new machines with variable stitch quality that are more efficient and run on high speed thereby reducing production cost. With variable stitch in a single row that produce new knitting effects that are the need of hour keeping in mind changing fashion trends and are in high demand this season.”

Mr. Gurdev Singh of Elex International said, “We are one of the leading manufacturer of power flats and semi jacquard machines in Ludhiana itself and we manufacture the components of these machines ourselves. We are making sincere efforts to endeavor on Make in India campaign and indigenous the industry by patronizing machines in their own country.”

Mr Satyadev Goyal of IIGM said, “Quicker machines mean that the production is more. With the betterment in technology the cost-effectiveness of a machine ensures that it is putting lesser pressure on the resources. The Juki sewing machines are known for their reliability, making them excellent machines that last longer and require lower maintenance.”

Mr Rajesh Sharma, Co-ordinator GMMSA Expo India 2019 and Prop. Knit Plus said that, “we are one of the leading suppliers of re-conditioned machines of STOLL, supplying fully re-conditioned machines with the experienced technicians from Textila company itself. We also supply imported Chinese knitting machines with better life and improved stability and reliability. Also, on behalf of GMMSA I thank all the exhibitors for their continued support and making GMMSA Expo 2019 a huge success.”

CM Badal releases diary of the Punjab Government for the year...