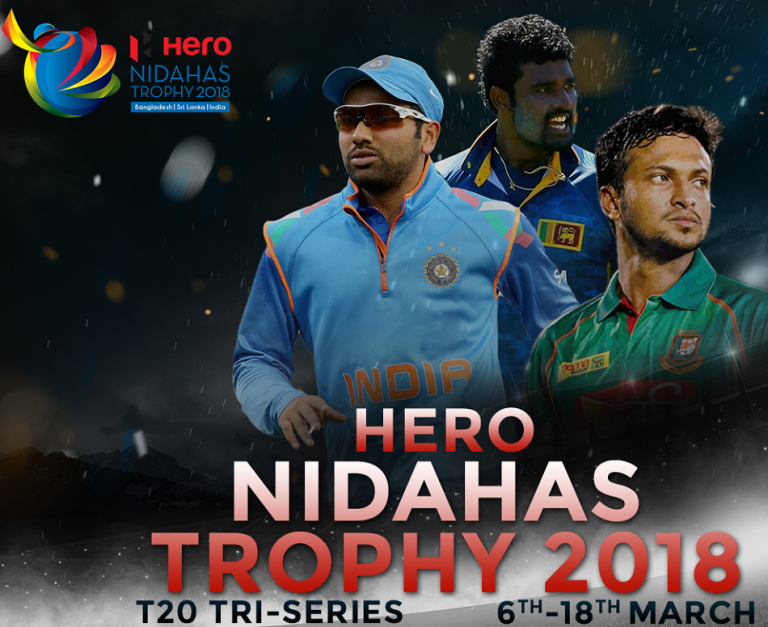 Also, the reports are saying that India will play their first match against Sri Lanka on March 6 while in the second encounter Team India will face Bangladesh on March 8. You all can watch the live streaming of Nidahas Trophy 2018 on Television and other streaming websites online. Here are the complete Nidahas Trophy 2018 TV Channels broadcasting T20 cricket Tri-Series worldwide.

As you all may know that Nidahas Trophy 2018 is held to celebrate the 70th anniversary of Sri Lanka’s independence. Also, the reports are coming that the Tri-series will be played at the R Premadasa Stadium in Colombo. Also, the Rohit Sharma will lead Indian team in the Nidahas Trophy 2018 while the big players like Virat Kohli, MS Dhoni, Jasprit Bumrah and Hardik Pandya have been rested.

Also, the reports are coming that all the matches of Nidahas Trophy 2018 are scheduled for a 7 pm local time. You all can watch the live coverage in India is available on DD Sports, DSport and Rishtey Cineplex. DSports will be streaming directly the whole series and you all can watch it there. Also, if you are looking for the Hindi commentary then you should check on Rishtey Cineplex and Cineplex HD will provide the match in Hindi commentary.