Luxury Exhibition-The Indian Bride was graced by Gauhar Khan: Fashion and cinema go hand-in-hand. Many television and cinema celebrities venture into the fashion world after their success in front of the camera.

One more such prominent name is being added to the list – Gauhar Khan. She has launched a clothing brand by the name of ‘Gauahergeous’. Recently, she launched her clothing line in the biggest luxury exhibition –The Indian Bride held at Chandigarh.

Gauhar began her career as an actress with Yash Raj Films’ Rocket Singh: Salesman of the Year after her successful stint on the ramp. She started her career in 2009 and since then, she has worked in movies like Game (2011), Ishaqzaade (2012), Fever (2016), Badrinath Ki Dulhania (2017) and Begum Jaan (2017) to name a few. She has many accomplishments to her name other than her work in Bollywood and Fashion industry.

She has created a name for herself by modelling for big names of the industry like Manish Malhotra, Ritu Kumar, Payal Jain and Neeta Lulla.
Apart from her designing line, a lot of other renowned designers also showcased their brands. 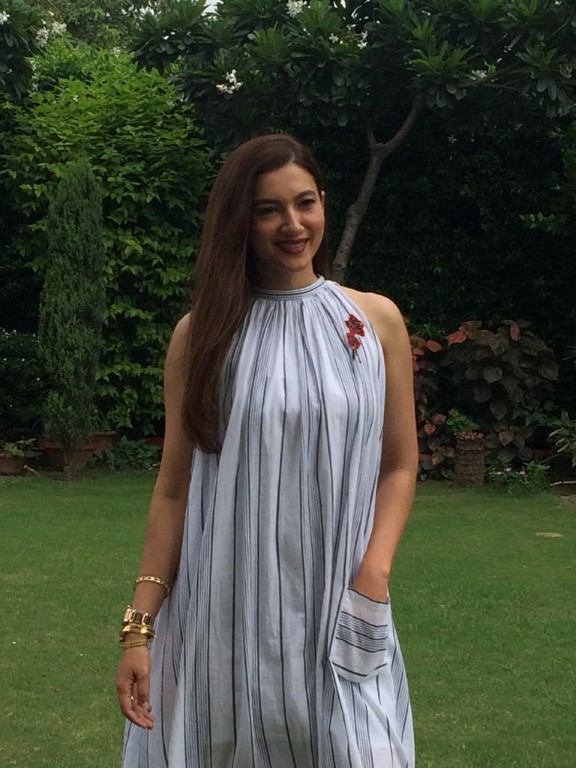 At this moment, Gauhar was excited with what future holds for her and her new venture. “I have always been someone who loves to be at their best when it comes to fashion. I have launched this clothing brand for strong women who possess the will to fight for what they believe in. This is a part of who I’m and I want to give courage to all other women to follow their dreams. This is also proof that if one wants to dream big in their life and they need not be afraid because the one who dares to dream is the one who changes the world.  I also want to tell them that I’m with them at every step of the journey and Inshallah, we will do wonders.”

The owner and the organizer of the exhibition, Mr Rajveer, said “It’s one-of-its-kind exhibition being held in Chandigarh. We know that people of City Beautiful are fashion conscious and it is my privilege to bring the best of the world to their doorstep.”

This whole exhibition was a huge success and people loved all the collections.