Swaraj Division, a part of the US $19 billion Mahindra Group, today donated three mobile toilet blocks to the district administration, as a part of its ongoing CSR initiatives in Mohali district under the Swachh Bharat campaign of the Central government. The aim of this initiative is to keep the city free of open defecation and to inculcate a culture of cleanliness among slum dwellers. 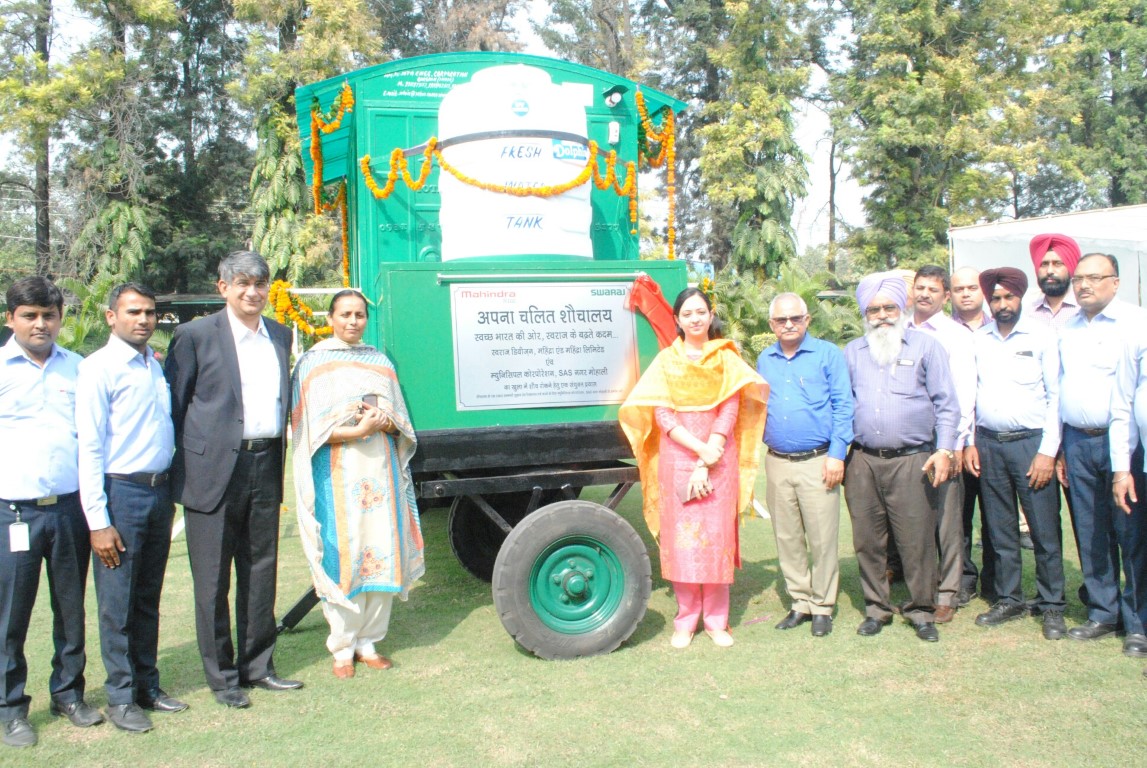 These mobile toilet blocks, which are worth Rs 10 lakh, will cater to a population of more than 2,000 in Guru Nanak Colony, Valmiki Colony and Udham Singh Colony. The Deputy Commissioner of Mohali, Gurpreet Kaur Sapra received the mobile toilets on behalf of the district administration from Mr Viren Popli, Chief Operating Officer, Swaraj Division, Mahindra and Mahindra Ltd. The event was held in the premises of the Swaraj factory in Phase IV, Industrial area and the Swaraj Division was highly appreciated by the district administration for undertaking such initiatives at regular intervals under the Swachh Bharat campaign.

Gurpreet Kaur Sapra, Deputy Commissioner of Mohali, mentioned that mobile toilet blocks donated by the company would not only go a long way in making the surroundings cleaner but would also help to improve the quality of lives of the residents.

Stressing on the commitment of Swaraj Division towards making Mohali a cleaner and greener city, Mr Viren Popli, Chief Operating Officer, Swaraj Division M&M Ltd said, “These mobile toilets are part of our concerted efforts to turn Mohali into one of the cleanest cities of the country. We have undertaken various projects in partnership with the Mohali Municipal Corporation under the Swachh Bharat campaign and the results have been quite encouraging.” 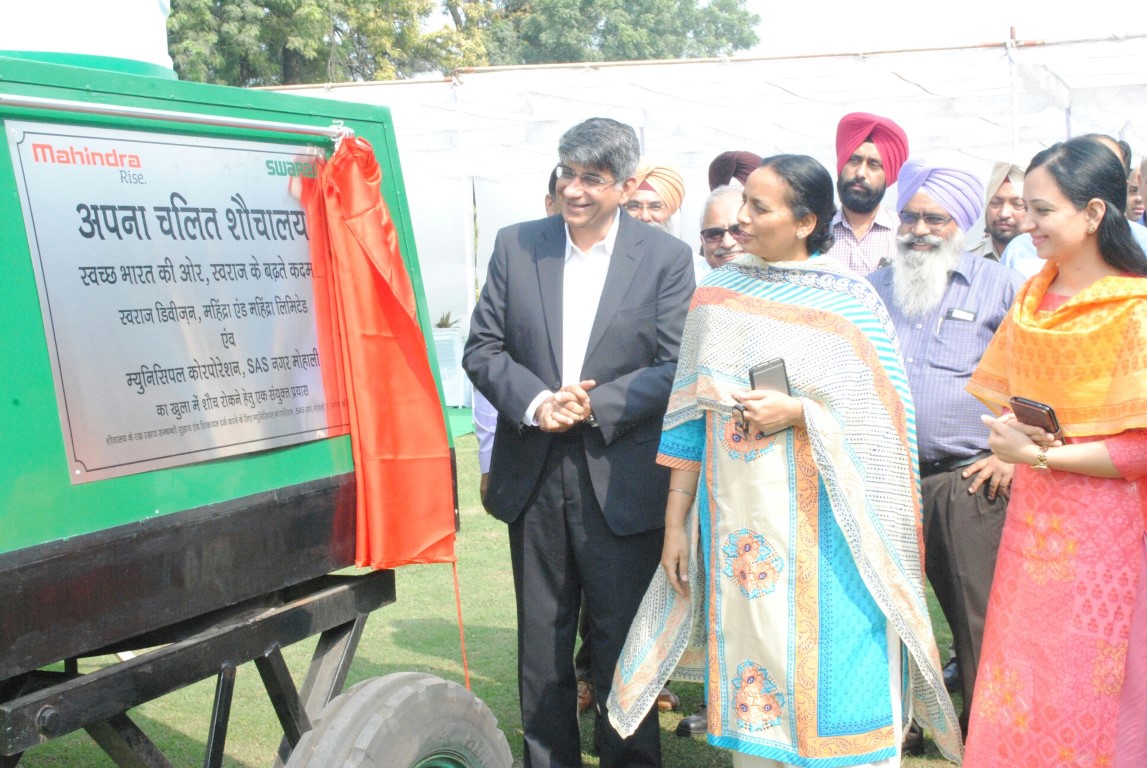 Earlier, Swaraj Division had donated three mobile lavatories and three community toilet blocks, which are benefiting more than 3,000 people residing in various parts of the city, including Valmiki Colony, Guru Nanak Colony, Phase IV, Industrial Area, Madanpur and Mohali village. It has also installed more than 700 waste bins on the road leading from Phase V to the Phase VII market.

In the past three years, Swaraj Division has spent about Rs.1.5 crore on various projects in Mohali, which include setting up of community/mobile toilets, installation of waste bins, awareness campaigns and maintenance of parks. The Union Ministry of Urban Affairs had recently acknowledged the efforts of Swaraj Division by selecting it for this year’s national award

MEE to start a biofuel corridor across Maharashtra Its biodiesel Indizel to be available...