Mr. Bikram Singh Majithia, New & Renewable Energy Minister, the brain behind this new initiative inaugurated this project set up here by an NRI Mr. Ranbir Singh Chhina (Abundant Energy Private Ltd.). Mr. Majithia said that Solar energy is one of the most abundant energy sources in our state, which averages around 300 sunny days per year and now the time has come to take full advantage of that potential to provide better access to clean energy, and reduce the dependence on fossil fuels to promote sustainable economic growth. He said that Punjab farmers who made India self reliant on food grain front were now all set to become entrepreneurs by harnessing solar power from their fields. He said that keeping in view the ever increasing response to state government’s efforts to promote renewable energy, a new “land on lease” scheme has been launched and in less than two weeks period around 5000 acres of land has been offered by active/passive farmers and NRIs, which would be further given to investors on 30 years lease that too on Rs. 35 to 50 thousands lease per year per acre. He said that he has initiated this scheme after studying the problem being faced by farmers. Similarly, a farm level solar power plants scheme having one to 2.5 MW generation capacity was being launched shortly offering 500 MW such projects, he added.

Briefly outlining the achievements of the State in solar power front, Mr. Majithia revealed that in just two years period the solar power generation has been enhanced 25 times as earlier it was 9 MW and now crossed 225 MW. He said that 24 new Projects of 229 MW Capacity plus 65 MW rooftop projects with an investment of Rs. 2100 crore were all set to be started soon. He said that besides world renowned companies NRIs were also coming forward to grab this win-win situation and till date only NRIs have set up 42.30 MW solar power projects with a joint cost of Rs. 244 crore and overall total investment in this sector in last two years was more than Rs. 1500 crore. He expressed confidence that by 2017, the Punjab will touch 1000MW renewable power generation in state.

Mr. Majithia said that the State government was making concerted efforts for bringing in new and sustainable solar technologies, manufacturing of solar panels and other equipment in state to boost this fast emerging sector. He said that India’s largest rooftop plant of 7.50 MW was set up at Beas, Amritsar in 2014 and it was being expanded to 31.5 MW which will make it the World’s largest rooftop PV plant.

He said that taking the concept of clean and green living to every house, under Net metering policy projects having joint generation capacity of 200 MW power to be installed in next 3 yrs. He revealed that India’s largest Rooftop solar tender attracted bids for 65 MW making it the most successful roof top tender in the country. PEDA has already received more than 1100 applications for installing rooftop solar power units from individuals.

Earlier speaking on the occasion, Mr. Ranbir Singh Chhina, who set up this plant in the border district of Tarntaran, said that “It has been a wonderful experience working in Punjab which offers a very conductive environment with all kind of support from all the departments to encourage clean energy usage in the state”. 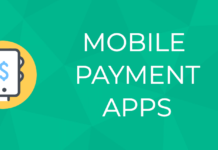 Baalveer in a race with Timnasa to capture the only power that can destroy...

Baalveer in a race with Timnasa to capture the only power that can destroy the evil: Vivaan (Vansh Sayani) and Timnasa (Pavitra Punia) come face to...

Baalveer in a race with Timnasa to capture the only power that can destroy...