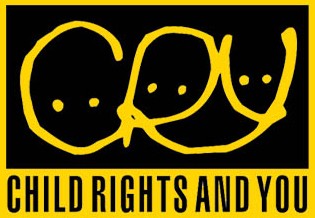 NewZNew (Chandigarh) : 22 more tribal children have died in Attapadi, Kerala in 2013-2014, from the same Adivasi Hamlets that received nationwide attention after 47 child deaths were reported in 2012-2013. This, despite the central government’s assurance and announcement of proposed projects to curb malnutrition related deaths. So what has changed? As per Thampu-Child Rights and You (CRY)’s “Malnutrition: Unanswered questions from Attapadi”-A research report on child deaths in Attapadi in 2013-2014, (CRY Report Link) nothing much, has changed. The Research study revealed that the schemes announced were never implemented; children were forced to walk more than 2 km to access ICDS facilities which largely remained dysfunctional- diverse elements that are critical for the development of the child. The findings further reveal that there were no toilets in the 66 Anganwadis and zero drinking water facilities in the 100+ Anganwadis in Attapadi, while the Nutrition Rehabilitation Centers were non-functional.

The tribal children in Attapadi in Kerala are not the only ones that are fighting for survival and are deprived of basic rights, in India. While this is the reality in a state that otherwise boasts of exceptional human and social development indicators, tribal population in other states in India perpetually battle similar deprivation. According to a 2009 report by NNMB on Diet and Nutritional Status of Tribal Population covering 9 states in India, 52 % children in the age group of 1-5 are malnourished (underweight for their age) out of which 20% are severely malnourished. The worst affected tribal children are those in Maharashtra with 64% tribal children being underweight and Orissa, with the same figure being 58%.

India is home to one in three malnourished children in the world. The latest statistics from the National Family Health Survey (NFHS – III, 2006) established that close to fifty percent of India’s children under five years of age continue to be chronically malnourished (or stunted) i.e. chronically malnourished, while forty three percent of these are underweight. These figures illustrate how India continues to lag behind, in ensuring its young ones a fighting start to life.

Speaking on the deplorable state of affairs, Puja Marwaha, CEO, CRY – Child Rights and You, says, “The tribal communities in India are one of the most marginalized and deprived, hence making the children more prone to being nutritionally deficient. They suffer as they are at a loss of indigenous food items, unavailability of alternate nutrition and poor implementation of government schemes. Many incidents of malnutrition related deaths in tribal communities like the ones in Attappadi, Kerala and Baran, Rajasthan have prompted government to take only immediate superficial action without any sustainable impact. It is appalling that the last national government survey on health and nutrition has been done in 2006. Despite malnutrition being declared a national shame in 2011, barely any progress has been made in the last three years. It is a clear reflection of the complacent reaction of the government to this menace.”

She adds, “There needs to be a systemic change in the way our government reacts to this national emergency of malnutrition, especially in the marginalized communities.  Proper implementation of schemes, rigorous follow ups and surveys, is absolutely imperative towards solving this issue”.

The Attapadi example tells us that while there may be an intention by the government to deal with all possible causes and consequences of malnutrition, glaring gaps in implementation still remain.

You can read more at