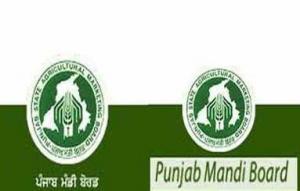 NewZNew (Chandigarh) : The Punjab Mandi Board has set up 1814 procurement centres for the procurement of wheat and if required, more such centres could also be established. Chairman Punjab Mandi Board Mr. Ajmer Singh Lakhowal said that the  Punjab government had asked the Centre for movement of 68 lakh tonne of wheat stocked in the state to other states and Railway authorities had also been urged to provide more rakes.

The Chairman also said that the directions have been issued to all the Deputy Commissioners in the state to complete procurement arrangement. He asked to All District Officers should personally monitor the arrangement of lighting, drinking water facilities for the farmers for wheat crop session 2015-16.

Federal Bank enters into tie up with National Australia Bank for...

National Seminar on ‘Youth for Justice’ held at DAV College