NewZNew (Ludhiana) : With the power of make-up and a mantra to ‘Make It Happen’, Maybelline New York showcased the latest global trends in make-up that perfectly complemented Namrata Joshipura’s collection at Amazon India Fashion Week  Autumn-Winter 16. 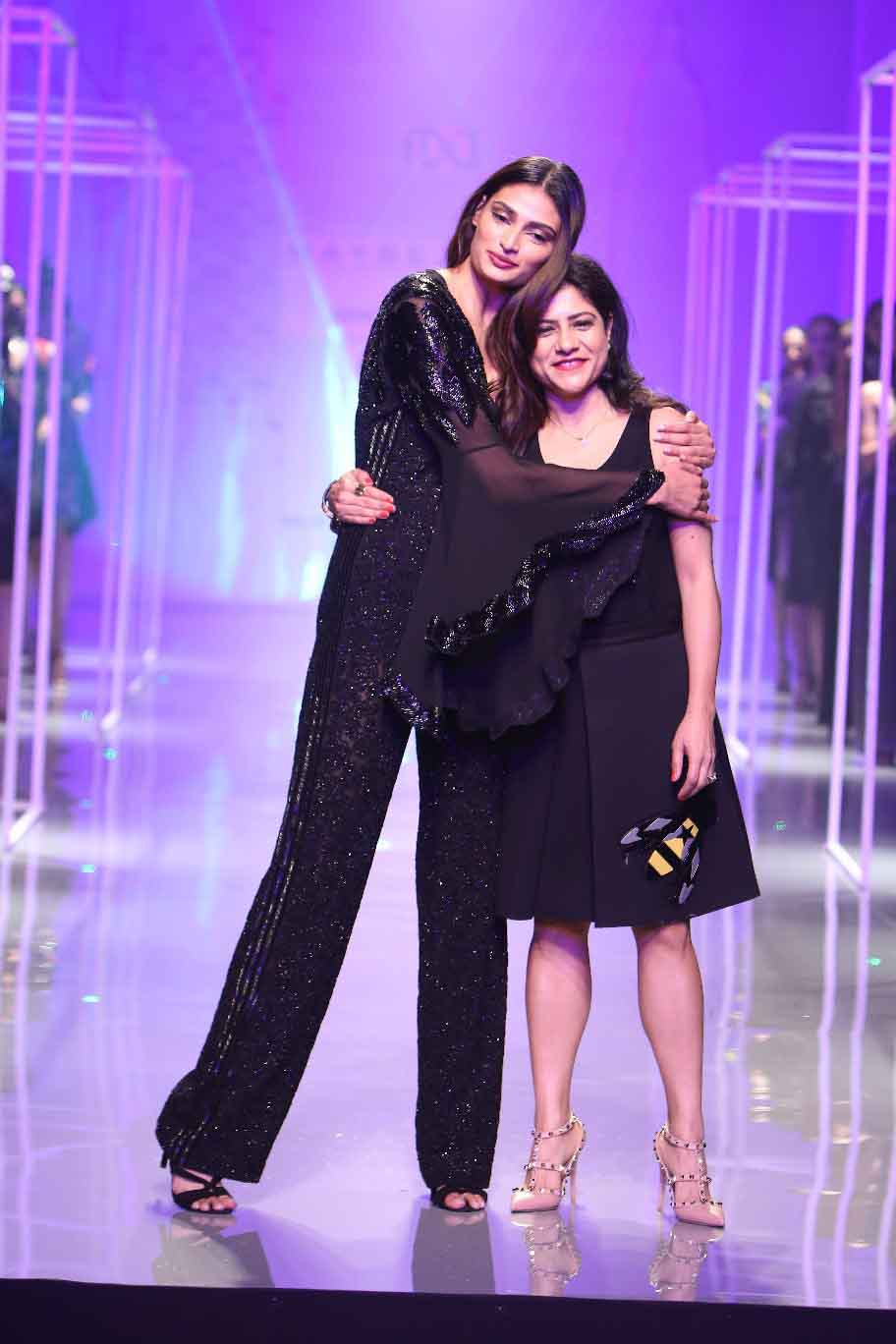 This collaborative fashion and beauty show wowed audiences as models walked down the ramp wearing garments which personified the spirit of Maybelline New York and New York City. The collection was inspired by the various hues of Color Sensational Lip Gradation by Maybelline New York with deep reds, berry tones, grape and wine used in graded contemporary and edgy techniques. Athiya Shetty, brand ambassador for Maybelline New York scorched the ramp in a floor length black jump suit and beautifully graded lips which we saw as a trend across shows this fashion week.

Talking about being the showstopper, Athiya Shetty said, “I really enjoyed the vibe of the show as it perfectly captured New York’s energy and spirit. It was definitely an amazing, heart-pumping experience for me as I walked the stunning ramp for Maybelline New York. The gorgeous jumpsuit by Namrata Joshipura made me feel young, edgy and very stylish, while the make-up look created by Elton was something I am now a fan of! The stunning lip gradation in a berry shade made me feel confident, empowered and fashion forward- something that the Maybelline aims to do with all women. I can truly understand why this trend is such a huge rage globally and I’m happy to bring it to India with Maybelline New York.”

Maybelline makeup artist Elton J Fernandez, who created fabulous looks for the show said, “The look was all about the city girl from New York who recognizes exactly what she wants and knows how to ‘Make It Happen’. The unique elements of the look were the fierce eyes and the lips which stood out throughout the show. Athiya wore Color Sensational Lip Gradation in Red 2 mixed with Super Black Kajal on her lips. The eyes were given a bold look using the Colossal Liner and Super Black Kajal from Maybelline New York.”

Pooja Sahgal, General Manager, Maybelline New York – India said, “This is a proud moment for Maybelline New York as we stand in the light of a very successful show with Namrata Joshipura. The New York- inspired collection perfectly complemented Maybelline New York’s latest innovation in make-up this season- Color Sensational Lip Gradation. Elton J Fernandez, our official makeup artist brought this international trend alive with our product pannier at such a perfect platform, truly inspiring young women to be experimental with their looks and adopt trends like graded lips. We look forward to creating more such waves in the collaborative beauty and fashion space of the country.”

Thrilled with the success of her show Namrata Joshipura said, “One of the biggest reasons I partnered with Maybelline New York this season was because I loved the ‘New York to New Delhi’ concept that the brand had envisioned. I am elated to say that we have brought this alive on the ramp through not only my collection, but also the make-up and overall aesthetics. The collection draws its inspiration from the creativity and vibrancy of New York City, a city that I once called home. It is a mash-up of amazing street style juxtaposed with the most innovative new ideas in fashion, art and technology. It’s the perfect choice for the Maybelline girl.”

Sunil Sethi, President, FDCI, said, “I think this has been an awe-inspiring show by Maybelline New York and Namrata Joshipura. We definitely felt the strong New York presence and strength of the brand through this show! We look forward to a continued association with the brand which has successfully given us a glimpse into global makeup and fashion.” 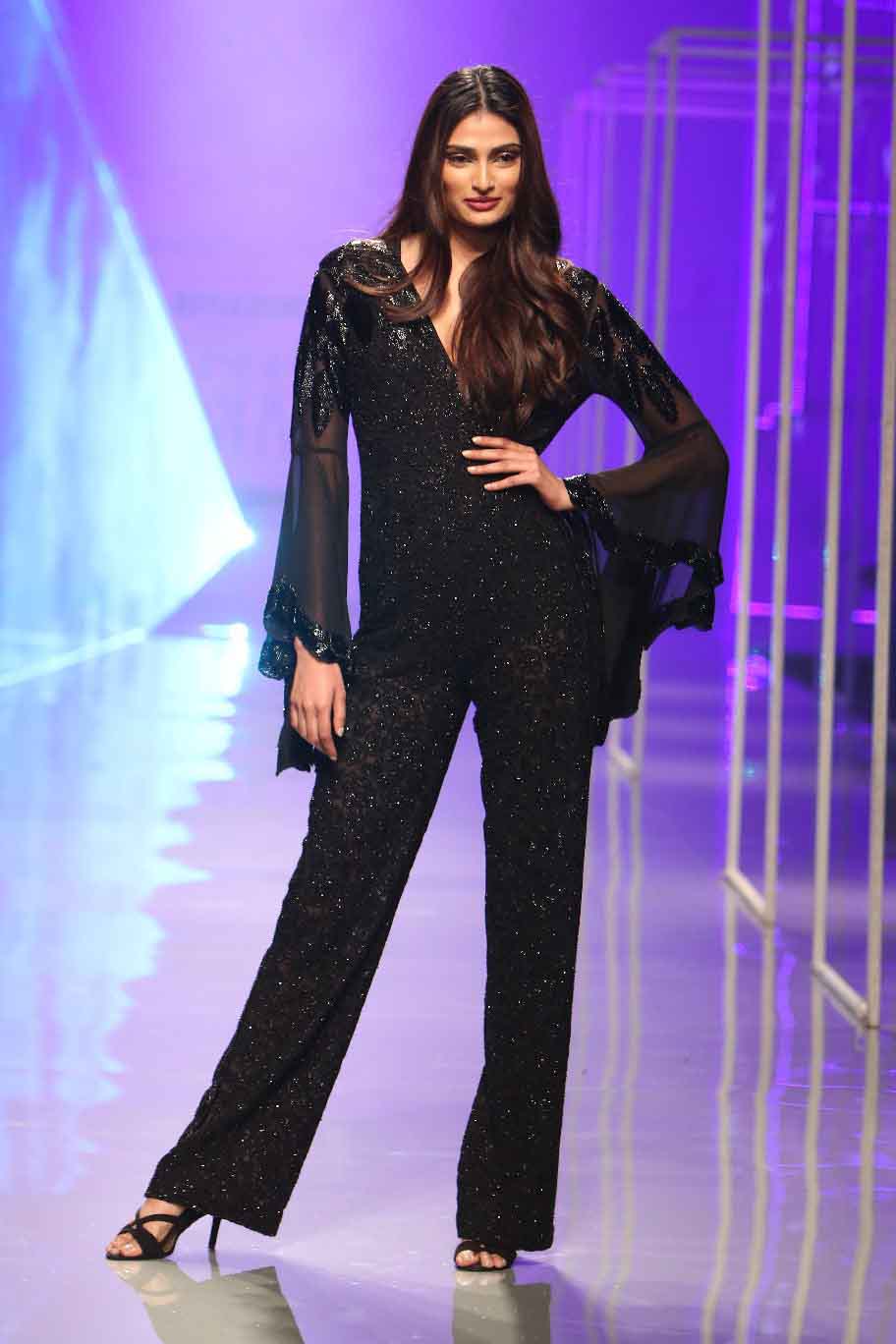 Through the show, Maybelline New York, the world’s No. 1 cosmetics brand launched a unique collection of must-haves for the upcoming season. Color Sensational Lip Gradation is a double-sided versatile lip product, with a color stick at one end to give a gorgeous pop of color and a cushion blender tool at the other end to give a bold and sexy or a softly graded look. You can play with different lip looks and experiment with graded looks and colors from day to night really having fun with colors! Following in the footsteps of Colossal Kajal comes the next generation of kajal’s, Colossal Kajal Super Black gives you a 2X blacker look in one smooth stroke and stays intense for up to 16 hours.

Cricket Revolutionized in a Unique way with Launch of Lounge Cricket...