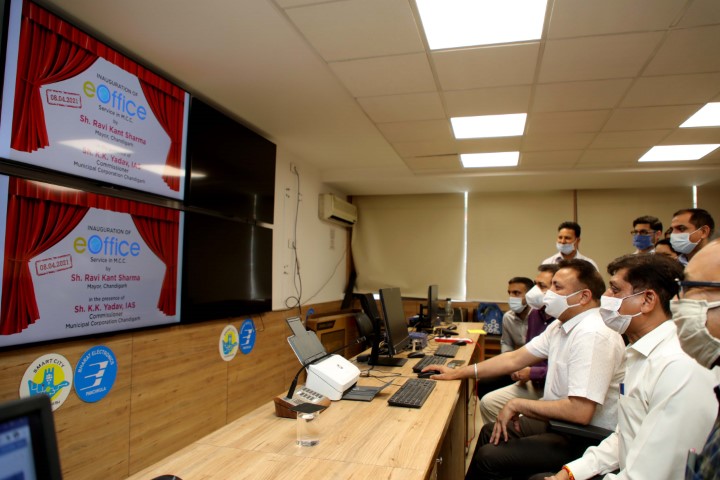 The new digital gateway will help cut internal officer procedures which is so far based on manual handling of files and paper movement.

The new e-office model developed by the NIC will not just help the MCC streamline internal operations but will also enhance the ease of tracking project files including outside PUCs. It aims to improve governance by automating the internal processes of handling files and taking decisions within the MCC.

All the wings of Municipal Corporation are likely to use the new application making MCC one of the largest Government departments in Chandigarh to automate its internal office procedures. The e-Office application’s main module, eFile, enables on-line file related work, starting from receiving and marking dak, operating a file, preparing a draft letter, its approval/signature and dispatch of the signed letter.

The Mayor said that the new technology will bring further transparency, accountability, while speeding up the decision making. In the present context the new system will also help in avoiding situation arising due to Covid-19 as it is based on a contactless model thereby preventing any possible transmission of any virus.