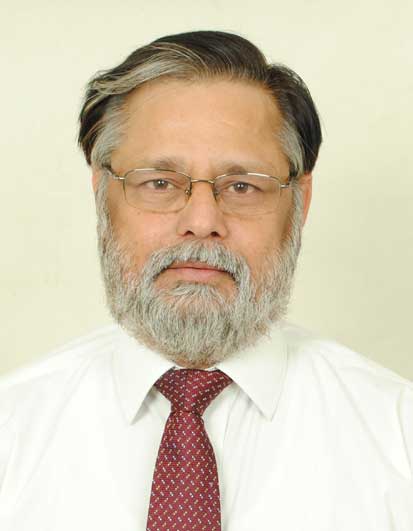 Headquartered in New Delhi, Teamwork Communications Groupis India’s premier engagement-focused speciality media relations and communication advisory.While creating a niche in the area of healthcare, wellness, education and startups, the group has handled communication and promotional requirements of diverse corporations. Teamwork has also institutionalized some of the major industry platforms for health such India Health & Wellness Summit and Awards.

Over the past 10 years in Corporate Communications, Mr.Zaidi has handled brand building, reputation management, media relations and mega events in various sectors such as infrastructure, power, steel, cement, real estate, and sports.

The veteran communicator started his career as a journalist in 1982 and in a period spanning 25 years went on to work with most of India’s leading newspapers including The Times of India, Hindustan Times, The Indian Express and Bombay Magazine in various senior editorial positions in Delhi and Mumbai. His stint in media included 7 years as Resident Editor of the Hindustan Times.

“With his wide ranging experience and deep insight in the functioning of the Indian mediaand corporate communications in large companies, Mr. Zaidi brings crucial strategic guidance to the team and his associationwill add a new edge to the services that the group provides. We are both thrilled and overwhelmed to have him as a part of our senior management team, says Mr Kamal Narayan Omer, Managing Director, Teamwork Communications Group.

He is expected to bring a new vigour and value to the organization where his role will include synchronizing the processes and daily strategies with the larger strategic objectives of the organization. He will strengthen the company’s strategic-planning processes by lending a long-term vision to it, and forging new working relationships and synergies across the organization.

“Teamworkhas established itself as one of the most credible players in the PR industry, especially in the area of healthcare, pharma and the newly emerged start-up sector.I look forward to contributing in the fructification of the organisation’s strategic goals of faster growth and value addition to its rapidly growing clientbase,” said Mr. Askari Zaidi.

As a media and communication professional, Mr. Zaidihas travelled across the world and has closely observed the growth of the Indian media industry including the broadcast revolution of the 1990s and the dotcom boom of the 2000s. He is a Post Graduate in Humanities from the Jawaharlal Nehru University.