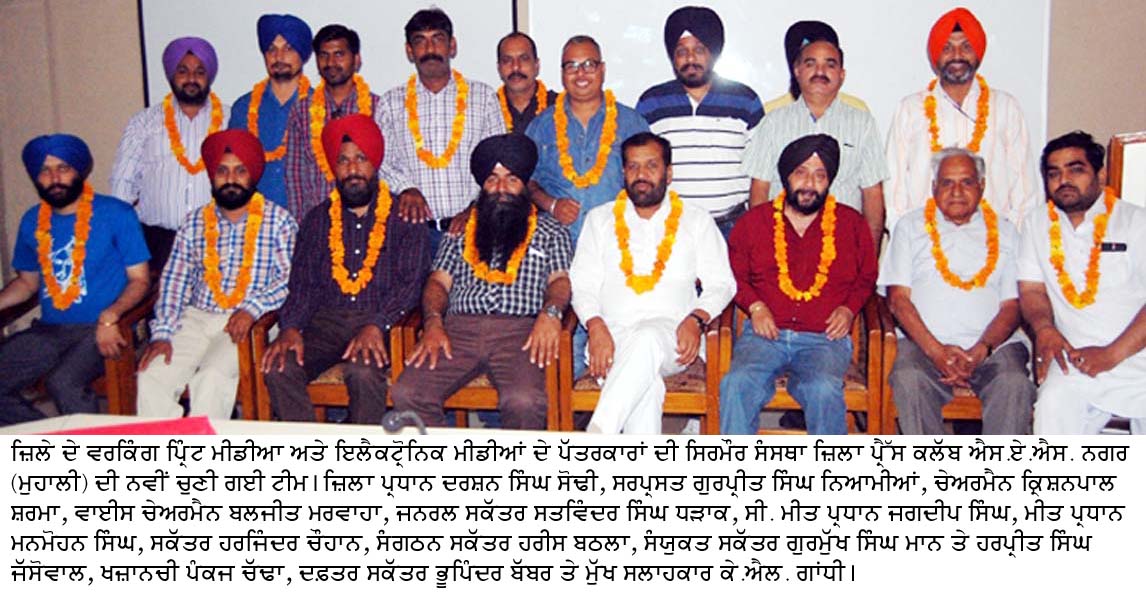 NewZNew (S A S Nagar) : A meeting of the print and electronic media of Distt. Mohali was held today under the banner of District Press Club, S A S District (Mohali) in Gian Jyoti Group of Institutes Phase -2, Mohali. Krishan Pal Sharma presided over the meeting. On this occasion different issues related to journalist were discussed. On this occasion new governing body of the club has been formed.

Join Newznew on Telegram
Also Read :   Badal calls upon Media to give extensive coverage to Economic development like Agriculture

Rs. 700 crore will be spent during the current financial year...