newznew (Ambala) : “Mera Aasmaan” is an NGO conceptualized & initiated by Mr. Aseem Goel, MLA Ambala City on 20th June 2015 focusing on every girls dream “ Mujhe Jeene do, Mujhe Padhne do – badhne do” which was then launched by Kaptan Singh Solanki. Under this NGO Mr. Aseem Goel has worked for the development of the Girl Child. This was the first organization to introduce indian smart intellectual virtual classroom in Government recognized Schools at Nanyola, Police Line & Prem Nagar. 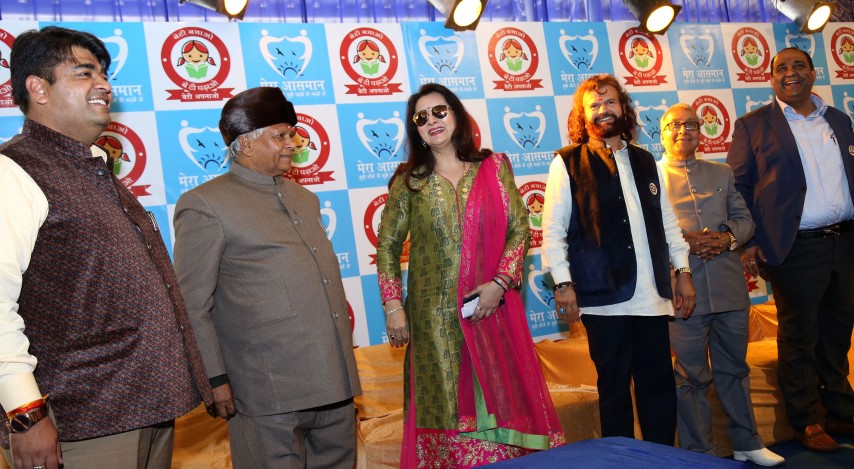 Another achievement of this organization was to introduce E-Virtual Digital Clinics in villages near Ambala. He also believes in supporting families who are unable to look after their girl child & cannot afford to get them married, therefore the thought emerged & converted into an occasion to be celebrated every year on 14th Feb as Kanya Pujan Day, also the day 14th Feb was auspicious since it was Smt. Sushma Swaraj Ji’s Birth Anniversary. On this special day Mr. Aseem Goel showers his blessings on all the married couple for their successful future ahead. 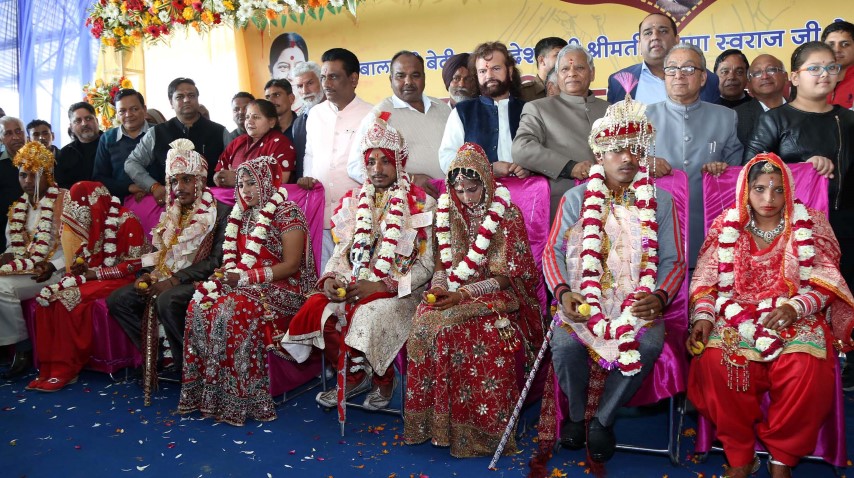 The marriage rituals started at 11am on 14th Feb. Aseem Sir blessed the married couples and donated various gifts to them. This was followed by bhandara lunch for 5000+ people including families & relatives of the couples who got married. Main event had cabinet ministers of Haryana who graced the occasion with their presence. This event was one of its kind and had increased a moment of pride in Ambala city. 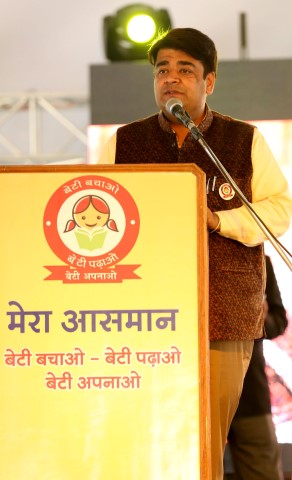 The cultural program and oath-taking event went smooth with Aseem Goel’s welcome address where he got his website Mera Aasmaan launched by his daughter and announced the next two stages of this event. 25th March, Coffee table book on Smt. Sushma Swaraj will be launched in New Delhi. The finale event will be grand celebration on 6th May in Ambala City, Huda Ground Sector 8, where many Bollywood actors, playback singers, Sports Personalities will come and participate in the event. This event will also have an award ceremony session called “Haryana Ratan Awards” to be handed over to the achievers who have made big names in various streams & who belong to Haryana State This has been planned to increase the circle of development from Ambala to entire Haryana.

Mera Aasmaan will be distributing laptops to girls, admission in English language courses to be initiated by the NGO. Many unemployed people will be given E-Auto Rickshaws, E-Vegetable Carts for employment. This will also have village adoption for its development and welfare by sponsors. This will work for the betterment of people and specially girls in the villages and provide them with opportunities to study, learn, work etc. He also share the vision of his NGO – Mera Aasmaan: they will adopt girl child who are neglected by their parents and families. This would then work for their education and better future. They would also open a Beti Bachao Beti Padhao Beti Apnao kendriya where girls who are not given proper care and attention will be taken care of with full responsibility.

INOX opens its first multiplex in Jalandhar at Reliance Mall