Organised under the aegis of Shri K Chandrasekhar Rao, Chief Minister, Government of Telangana the carnival has garnered immense support from all corners of the film fraternity. Indywood Film Carnival has been conceptualised by Shri Sohan Roy, Founder Chairman – Aries Group of Companies and Founder Director – Indywood Film Carnival. An accomplished, performance driven professional and a proven leader, Sohan Roy is credited with pioneering innovations in Movie, Media, Maritime and Medical industries. 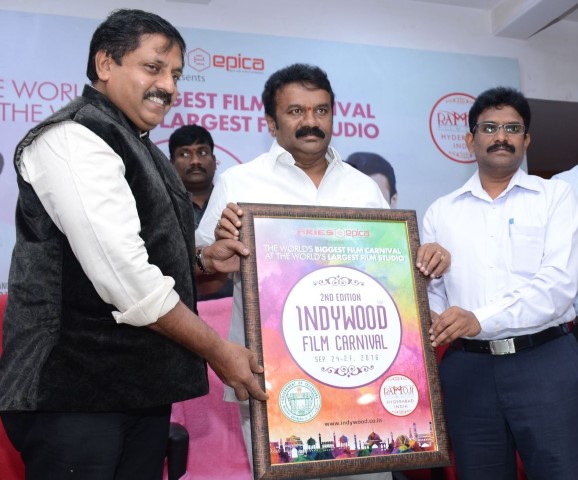 Indywood Film Carnival will also be organising a special Cinematographers meet which would provide the delegates at the carnival to meet and interact with some of the biggest cinematographers in the country and shall offer an exclusive platform to learn the trade from the masters themselves.

Indywood Film Carnival aims to trigger winds of change in global film industry and elevate India as the global the global hub of world cinema. The carnival will attract over 2000 delegates and 20,000 footfalls from over 75 countries. The delegates would include top film industry professionals and business heads, entrepreneurs, film journalists, media experts, industry aspirants and thousands of film enthusiasts from all corners of the world.

With prominent names joining the film carnival, the event shall cross borders, break conventional finesse of movie making all while embracing its unique cultural and linguistic diaspora. Exploring regional cinema industry, Indywood Film Carnival shall also bring together the state’s cultural and diverse forms of aesthetic contents all under one single roof.

Indywood Film Carnival is extremely excited and privileged to have Sri. Talasani Srinivas Yadav as a part of the event. We believe his valuable guidance and support would help this novel venture become a grand success.

COLORS launches Tu Aashiqui – A battle of sensibilities between intense greed and selfless...

Dharmesh Sir gives a shout out for Dance+ auditions in Chandigarh