Chandigarh. April 25, 2017: To amplify ongoing efforts for addressing the issues of gender based discrimination in Punjab, Punjab State Commission for Protection of Child Rights (PSCPCR) and Punjab State Commission for Women (PSCW) along with Save the Children, jointly held a ‘State Level Consultation on Gender-based Violence’ and launched a Mobile Caravans for awareness from from CII, Chandigarh, today. 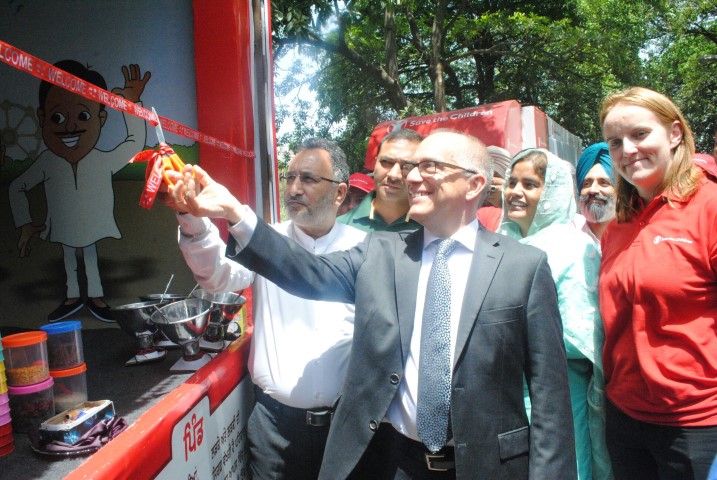 S K Sandhu, Additional Chief Secretary of Government of Punjab, graced the event as a Chief Guest and flagged off six-mobile caravans having the message: ‘Identity is different, but Rights are one’ which will reach out to 550 villages of Muktsar, Bathinda, Mansa and Fazilka districts of Punjab. The innovatively designed vans will use a mix of infotainment techniques to educate the community about the sensitive issue of Gender-based Discrimination. Each van is equipped to show a feature film highlighting methods to report female feticide incidences and also has a nukkad natak team which will initiate discussions about giving equal treatment to boys and girls.

Admiring the joint efforts led by Government and Civil Society, Sandhu said, “The campaign initiated by Save the Children will bolster Government’s efforts on dealing with the issues of gender based discrimination. Educating and informing masses is a first step towards achieving our aim of gender equality.” Mr Sandhu added, “There was a need to get more innovative in sensitising people through different mediums and also to sensitise the legal fraternity and the law enforcing agencies. He also stressed on the fact that while government is making efforts, mindset of people needs to change to curb gender-based violence.”

Underlining the objective of the event, Ms Michelle Bowman, Director of Programmes Operations, Save the Children said, “We are confident that the campaign will provide children and adolescents of Punjab a platform to raise their concerns and suggestions about gender equality. Reducing gender based discrimination is a key sustainable development goal for India and through our programmes we not only ensure that community is sensitized on gender-based discrimination but also initiates action towards reducing it.” 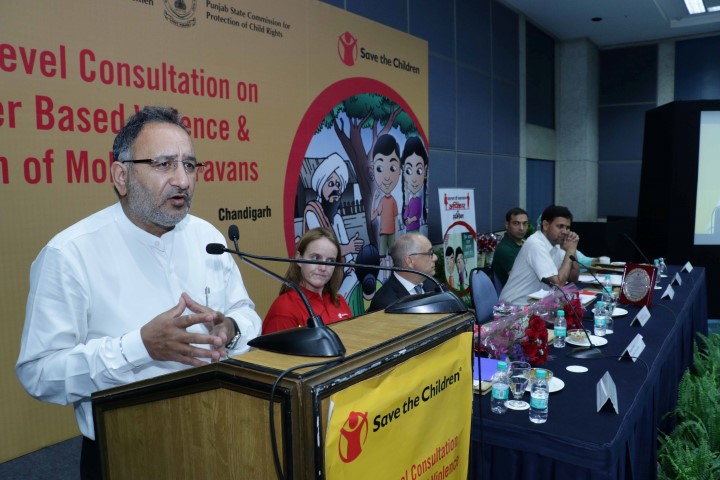 US Embassy has supported the consultation on gender-based violence and the launch event. US Embassy North India Director, Jonathan Kessler, said, “In partnership with Save the Children’s expertise, the US Embassy hopes to amplify the work around the issues of gender-based violence and highlight the need for greater levels of women’s empowerment throughout India. The launch of Caravans to build public support and awareness is one step in this direction.”

At the panel discussion, Government representatives shared their vision to further reduce indicators of the gender-based discrimination and violence in the state. Mr Sukesh Kalia, Chairperson, PSCPCR, said, “Children’s rights cannot be ensured unless we stop discriminating between different genders. While, the government is making efforts to ensure well-being of all the children, we need support from parents, teachers and community and leaders to ensure that we root out the practices of gender based discrimination.”

Smt. Paramjit Kaur Landran, Chairperson, PSCW, added, “The commission is proactively reaching out to women in the state to ensure support for dealing with the issues of discrimination and violence. Awareness on laws and legislations protecting women will play a key role in ensuring their rights. She said, “The focus should be on minor girls, especially beggars and those working as domestic helps who are victims of domestic violence.”

Sumer Singh Gurjar, Secretary, Punjab State Commission for Protection of Child Rights, said awareness is very important and he had himself realised how sensitisation has helped bringing about a change in the state.

The Government Departments, representatives from Save the Children and other participants further discussed the possible avenues of convergence for government organisations and civil society through which the issues related to gender-based discrimination can be dealt with, effectively and efficiently, to bring an end to this age-old dilemma.

One of a Kind Plus Size Beauty Pageant to be held