newznew (Chandigarh) : There is so much which is happening in our country, society and  which few people have tried to show it to our audiences. Movies on Few hard facts or the truths like drugs and corruption have been shown to the audiences. Out of few truths one of the most disastrous truth, is, Farmers doing Suicides every second day. Many leaders promised to mend it but nobody worked on it to stop it  This is a very serious concern which needs to be addressed on priority.  And this short film, “Palli’s” team was there to talk about the same. 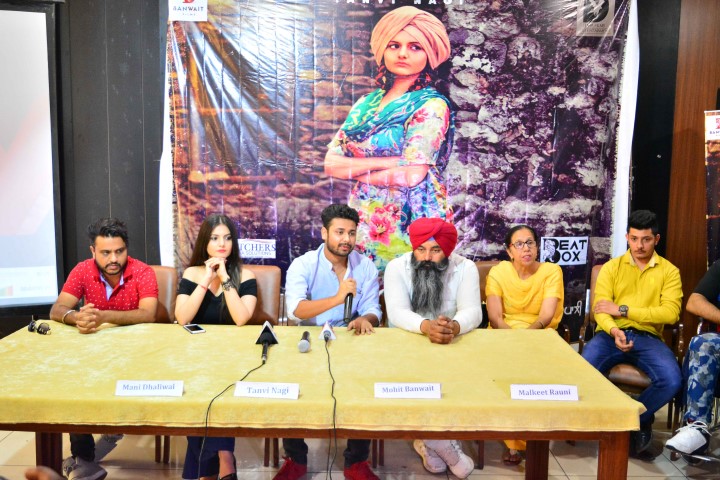 “Palli” is a short film which is made under the banners of Banwait and Dara Films Entertainment. This film will showcase the reason that what makes our farmers take this extreme step of killing themselves. It is a nicely made movie which shows the bitter truth of our society. Mohit Banwait is the Director of the movie, who is debuting as a Director with “Palli”, and who was the producer of the Punjabi film, “Once Upon A Time In Amitsar”. This short film is been produced by Mani Dhaliwal, who was the producer of Punjabi film, “Dulla Bhatti”.

On this occasion, Director Mohit Banwait, said, “This short film is very close to my heart. There are few incidents in the society which makes you emotional and out of all these incidents, Farmer’s Suicide is one such incident, which makes you cry. And it forces you to think that why is this happening in our country. So I took the responsibility of taking a step forward to show this fact to the audience through this short film, “Palli”. And I am feeling happy and proud to be associated with a great team who is with me in my this initiative”.

Mani Dhaliwal, Producer, said, “I didn’t waste time and immediately said yes after Mohit Narrated the story to me, thinking this that this kind of truth need to be brought in front of the people”. Lead Actress, Tanvi Nagi, said, “I was excited and happy to get associated with this kind of short film which will show this fact. This movie is a very emotional movie”.

On this occasion, Director Mohit Banwait and Producer, Mani Dhaliwal also launched their music company as Beat Box Tunes and announced to make a Punjabi Feature film also under the banner of Banwait and Dara Films Entertainment.