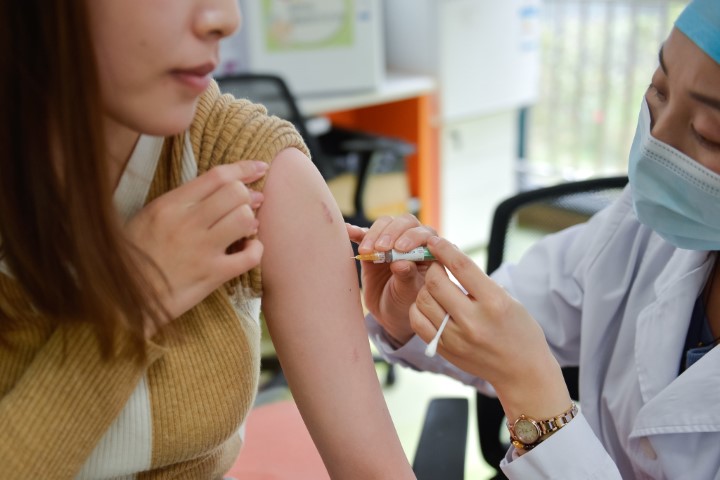 Aakash Healthcare Super-Speciality Hospital in Dwarka said that they received only 50 patients so far who had Typhoid and Influenza in the last two months. The hospital stated that the count usually went up to 100 to 150 in previous monsoon seasons.

“We are not receiving the cases of Typhoid that usually comes in this season,” informed Vikramjeet Singh, senior consultant, department of internal medicine at the hospital. Also Read: PM and Prez pay tributes to Mahatma Gandhi on his 151 birth anniversary

Max Super Speciality Hospital, Shalimar Bagh, also witnessed around 50 per cent fall in the cases related to Typhoid. However, the same situation was not reported in the cases of Influenza. “There has been a surge in flu (Influenza) cases recently, but again, the surge is expected during this season so not much variation from the routine,” said Parul Kakkar, consultant, internal medicine, at the hospital.

“During the monsoon season, normally the typhoid cases increase every year, which usually decreases by the end of this season. However, this was not the case this year,” Rajinder Kumar Singal, senior director & head of the department of internal medicine at BLK. Also Read: Trump and his wife Melania test Covid-19 positive

The doctors attributed two scenarios behind the fall in the cases of Typhoid and influenza. One is a newfound change in the lifestyle enforced by the Covid-19 pandemic where eating home-cooked food and maintaining an optimum level of hygiene have become an integral part of life.

“During the current pandemic, everything around us is undergoing a change, including our lifestyle, eating habits and socialising etiquettes. Thankfully not every change is for the worse! The number of typhoid and hepatitis cases this year has decreased, and the full credit goes to our renewed respect and regard for the home-cooked “safe and healthy food “. Besides, the frequent hand washing that the public is now following also helped,” said Kakkar.

“People are avoiding outside food and have not been going to eateries. Also, school and colleges are closed too. Elderly people are avoiding the parks and outdoor activities,” reasoned Pankaj Solanki who runs Dharmaveer Solanki Multi-Speciality Hospital in Rohini.

Another reason behind the recorded fall in Typhoid and influenza cases is the less reporting due to fear induced by the Covid-19 outbreak. Doctors said people wish to avoid coming to hospitals. Also they relate the symptoms of the two seasonal illnesses with the COVID-19 disease.

“They are worried that they will have to follow isolation or hospital admission if they are confirmed with the Covid-19. This fear is making them not report the cases of Typhoid and Influenza,” said Singh.

Solanki also said that people tend not to report the case as they relate the symptoms of the two viral illnesses, especially Influenza with the Covid-19 disease. “Most of the people who had symptoms did not come forward due to the fear of Covid-19 testing and mandatory isolation that follows. People are not reporting it as they are afraid of coming to the hospital as they assume the fever and other symptoms of Typhoid and Influenza are due to the Covid-19. So they are treating themselves at home,” he added.

The symptoms of Covid-19 are almost similar to the Typhoid and Influenza, particularly. In the Typhoid, people usually have a sustained fever (one that doesn’t come and go) that can be as high as 103-104 degrees fahrenheit (39-40 degrees Celsius). Some people with typhoid fever or paratyphoid fever develop rash or rose-coloured spots. Cough and sore throat are also symptoms.

Just like the SARS-CoV-2, which causes the Covid-19, Influenza also attacks the respiratory system — nose, throat and lungs. Its symptoms include fever, runny or stuffy nose, sore throat, aching muscles and shortness of breath.

Punjab to set up Asia’s first ever Bio-ethanol refinery