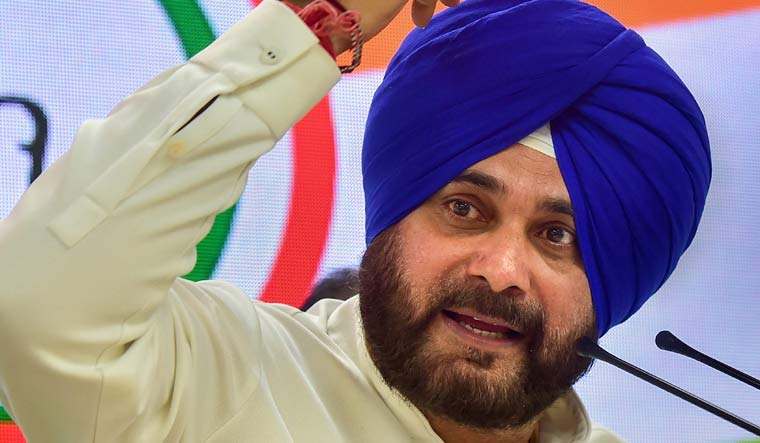 Sidhu’s “provocative and targeted attacks on Amarinder Singh over the past several days were an invitation for disaster” for the Congress, said ministers Balbir Sidhu, Vijay Inder Singla, Bharat Bhushan Ashu and Gurpreet Singh Kangar, not ruling out “collusion” between Sidhu and state opposition parties, such as Aam Aadmi Party (AAP) or Bharatiya Janata Party (BJP).

It was quite possible, they claimed, that Sidhu’s targeted attacks on the Chief Minister were instigated by the AAP or BJP leaders to create problems in the Punjab Congress to further their electoral agenda in the state.

“The manner in which Sidhu had launched the offensive against the state government, particularly Captain Amarinder, suggested a conspiracy against the Chief Minister,” they added in a hard-hitting joint statement, two days after three of their colleagues had also launched a counter-offensive against Sidhu.

These four ministers also said his verbal assaults on Amarinder Singh on sacrilege and other issues amounted to “open rebellion” against the party.

Terming Sidhu’s “blatant defiance” an “act of total indiscipline”, the ministers said such anti-party activities cannot be tolerated by any political establishment, and more so in a state headed for elections.

“He should be immediately suspended, if not expelled, as his continued presence in Punjab Congress was creating a mess in the party’s state unit and diverting its attention from the more important task of gearing up for the polls,” they added.

Citing Sidhu’s track record of controversial statements, the ministers said the ex-cricketer evidently seemed, as usual, to be batting for himself, and was totally lacking in team spirit — a trait that he had exposed in the political arena more than once.

“He is nothing but a trouble-maker whose contribution to the Congress and the state government in Punjab in all these years has been virtually nil,” the ministers said, questioning the rationale behind allowing him to continue in the Congress at a time when the party was preparing for the next Assembly elections and the state government was battling an unprecedented Covid crisis.

Citing Amarinder Singh’s open challenge to Sidhu to contest against him from Patiala instead of raving and ranting against him publicly, the ministers said the MLA should quit the Congress and pit his self-proclaimed might against that of the Chief Minister if he really believed in his own political prowess.

Attacking the Chief Minister on social media can hardly be termed as an endorsement of his political clout or popularity, they said.

Kartik & Naira’s Wedding Baraat is Coming to Your City