Moscow presents Tourism and Business potential for the Indian Market: Moscow participated in the largest outbound tourism exhibition – Outbound Travel Mart (OTM) in Mumbai, where it demonstrated its Tourism and MICE potential. The event was held from 13 to 15 September in the Jio World Convention Centre. 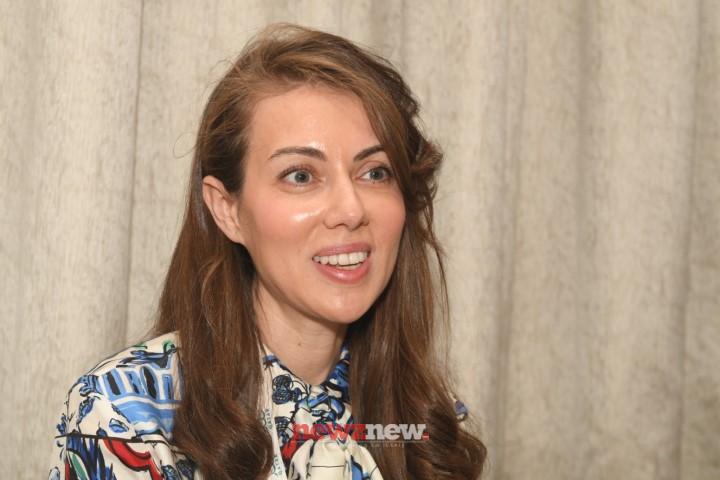 Moscow City Tourism Committee was represented by the ANO «Project Office for the Development of Tourism and Hospitality of Moscow». The Moscow delegation, headed by Ms. Alina Arutyunova, Deputy Chairman of Moscow City Tourism Committee, who held talks with representatives of the India Tourism Industry to further strengthen its relationship with India.

Russia in the view of Indian Citizens!
– It’s a prestigious, exotic and fashionable country
– Many are eager to come to Moscow to be one of the first to see how people live in Russia.
– According to experts, building Business ties between representatives of the Tourism Industry of Russia and India will help overcome any kind of barriers.

Bulat Nurmukhanov, Head of International Cooperation Division, Moscow Tourism Committee, said that «Moscow City Tourism Committee is interested in attracting filming to Moscow, as this is a world practice in attracting tourists. We support the work of the Moscow Film Commission and represented Moscow at the business session “CineLocales: Bringing Global Destinations & Locations to Indian Cinema/ Attracting new Destinations to Indian Cinema” for Bollywood Production Centres that were represented by Netflix India, Jio Studios, Roy Kapur Films, Zee Studios, Ellipsis Entertainment and others. Moscow was represented among other countries, such as Turkey, Mauritius and South Africa, and demonstrated its filming infrastructure potential at a high level, which was warmly welcomed by the audience. Also Moscow shared its plans on the grant program for filmmakers, the grants can reach $ 250,000, depending on the percentage of Moscow image in the total footage. We hope that representatives of the Indian tourist segment were able to appreciate potential of Moscow in terms of tourism and filmmaking.”

This year during the first 6 months Moscow hosted 13.3 thousand Indians. It is expected that the pre-pandemic figures will be reached by the end of 2023. One of the drivers for growth is the visa policy of Russia. In September President Vladimir Putin supported the initiative to introduce visa-free regime for groups of foreign tourists. Besides that, the e-visa application will be launched for 52 countries, India is enlisted too. It is a simplified procedure for submitting documents online.

The Russian capital has all the necessary infrastructure, a high level of service and hospitality, and great opportunities for the Indian audience. For example, in the fall of 2021, Moscow became the first city in the post-Soviet space included in the Red Michelin Guide. And at the beginning of 2022, the United Nations (UNO) named Moscow the best metropolis in terms of “Quality of life” and “level of infrastructure development”.

Moscow offers holidays for all tastes. Fans of luxury holidays can stay in one of 40 luxury hotels and dine in 69 Michelin-starred restaurants. In the capital there is an opportunity to taste the cuisine of any direction and region of the world in more than 15 thousand restaurants. And if someone misses the cuisine of their native country – more than 20 Indian restaurants are at guests’ service. Connoisseurs of cultural life in Moscow are waiting for more than 400 museums and exhibition halls, 250 theaters and concert halls, a large number of festival programs, most of which are unique and have no analogues in the world. It is remarkable that tickets to the capital’s museums are cheaper than tickets to many museums around the world. Outdoor enthusiasts will also find places to their taste in the capital: there are many parks and cultural urban spaces.

The capital is considered one of the safest cities – you can easily walk here in the evening. And the special tourist police, whose employees know several foreign languages, is always ready to help out.

According to the results of a sociological survey conducted by Moscow City Tourism Committee in 2021, 71% of Indian tourists highly appreciate their satisfaction with the trip and are ready to recommend visiting Moscow to friends and relatives and 48% visited Moscow twice last year.