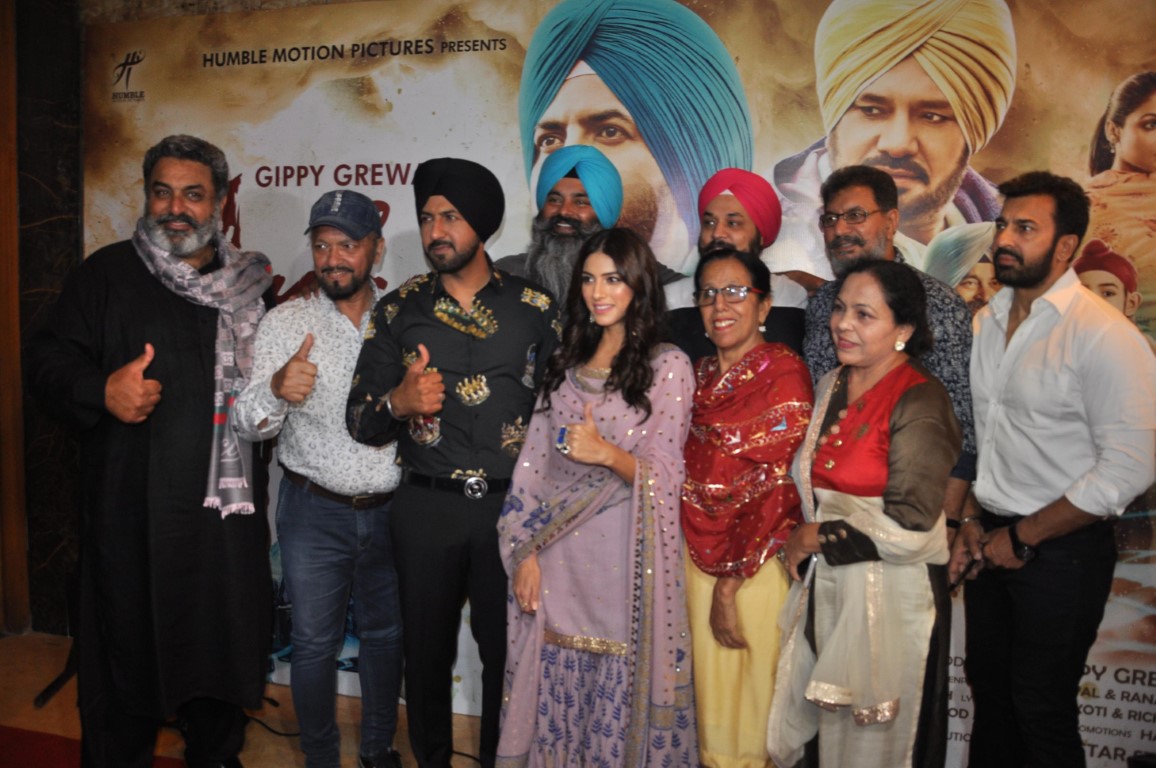 The launch was hosted by Saga Music, and Humble Motion Pictures. It is noteworthy that ‘Ardaas Karaan’. The film will hit the silver screens on 19th July 2019. The worldwide theatrical release is by Omjee Star Studios, and the worldwide digital and satellite distribution is by Unisys Infosolutions and Saga Music.

“ ‘Ardaas Karaan’ is a dream project for me. I had directed ‘Ardaas’ before ‘Ardaas Karaan’ and people had really given the film a lot of love. I am sure that ‘Ardaas Karaan’ too will be appreciated by the audiences. Through such projects we want to bring in front of people quality Punjabi cinema, which is based on themes that people relate with.” Said Gippy Grewal.

For the first time in tricity, a music launch event was held in a style akin to the academy awards. It was treat to watch celebrities walking on the red carpet, to enter the main venue and media taking their pictures, videos and sound-bites standing in a queue manager. It was just like how it happens in academy awards like the Oscars. 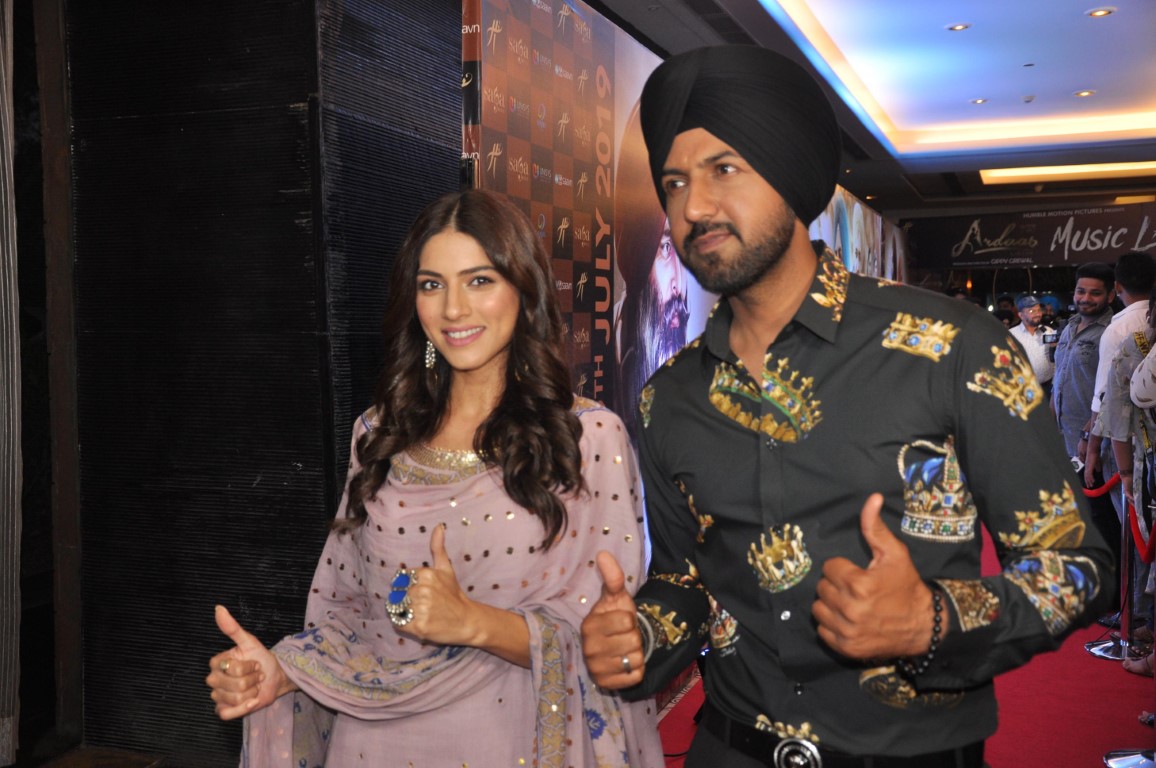 The high point came when to the audience’s surprise, Sunidhi Chauhan crooned the song ‘Satgur Pyare’ from the film Live at the event.

At the music launch event it was revealed that the music for the film has been given by Jatinder Shah, and lyrics have been written by Happy Raikoti and Ricky Khan. Renowned singers like Gippy Grewal, Sharry Mann, Ranjit Bawa, Sunidhi Chauhan, Nachhatar Gill and Devenderpal Singh have lent their voices to the various songs of this film.

The film’s music is released by Saga Music. Mr. Sumeet Singh Owner of Unisys Infosolutions & Saga Music said, “Our vision is to offer meaningful Punjabi cinema to the world. We want to mark presence of Punjab as a repertoire of knowledge-worthy content.”

The event’s attendees’ were surprised by getting to see the yet to be released songs and Chapter 2 – another insightful trailer of the film. Revealing a little about the surprise elements in the film- there’s a song sung by none other than Gippy Grewal himself, and a song by Sharry  Maan.

The official video of the film’s second chapter, and the song by Gippy Grewal in the film was unveiled at the Music Launch event. Breath-taking and electrifying bhangra performances on the two yet to be released tracks of Gippy Grewal and Sharry Maan were definitely an icing on the cake.

The film’s dialogues have been written by Rana Ranbir, who has also along with Gippy Grewal has written the film’s story and screenplay. Gippy has donned the director’s hat, yet again after Ardaas, for this film.

It is pertinent to mention here that last year, in January 2018, Saga Music had organized a star-studded event called the ‘Saga Nights’ where the film fraternity was invited. This year, yet again, keeping the tradition alive; Saga Music and Humble Motion Pictures have together launched the music of ‘Ardaas Karaan’ with great pomp and show.