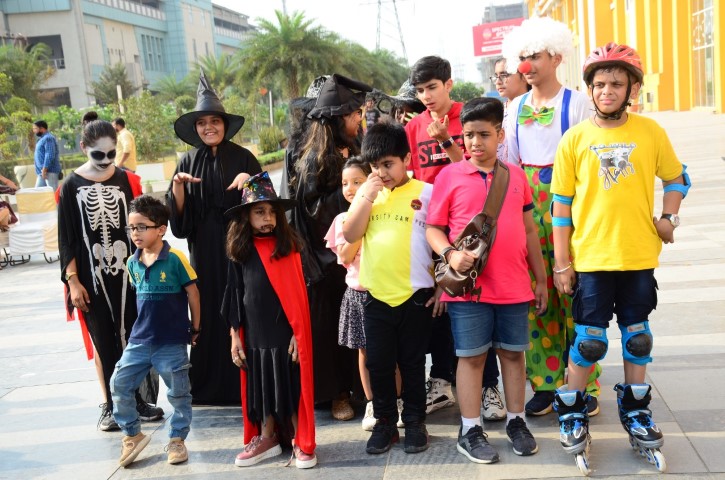 The film is made for kids and is enacted solely by kids only. The film stars eminent child actors Varun Buddhadev, Sanskriti Verma, Aradhya Ahuja, Utkarsh Jain, Mridul Jain amongst others. A total of 150 children from different schools of Delhi have acted in this very fun and happy musical.

Speaking on the new project Sachin Gupta Film director and CEO-Chilsag Pictures and the Concept and Director of the musical says: `Despite extremely hot and humid conditions with temperatures hovering around 48 degrees in Delhi, the children came out in large numbers to take part in this latest project from my stable.

Kids had super high energy even in those conditions. Hence the overall experience was also a very happy one, and I am sure the audiences will also like my latest musical.’’

He adds: `The musical basically explores and discovers the pure soul that kids basically are. Children do not have any layers to their personality and are without any inhibitions. I have tried to capture these emotions and that childhood innocence.’’

The students who participated in the musical are from Vivekananda School, Step By Step, Kothari International, Pathways, The Shriram School amongst others. The shooting of the 3 minute musical short film was done at Spectrum Metro Mall Noida. The music in the film is by Shivang Mathur.

Varun Buddhadev is a renowned Indian child actor who has played major roles in film Toolsidas Junior and RRR. Besides that he has played major roles in various big banner films, web-series, TV serials, music videos and commercial advertisements. He started his acting career with a TV commercial at the age of 8 years and subsequently he got selected for multiple TV commercials, TV serials, films and web-series. He has played young title character role in film Prithviraj and is also playing the lead role in an upcoming web series Yaar Dost.