Nachhatar Gill is back with his romantic track ‘Tera Eh Pyar’: This world of entertainment is so uncertain that one person who is on top at one moment can vanish at the very next moment. 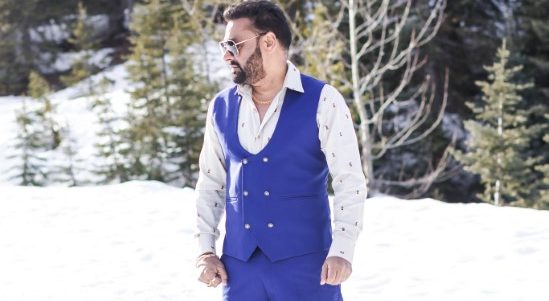 However, there are only very few people who last a long time and very few are those talents who become evergreen. There is one singer who has not only completed his two decades in the industry but is equally popular now days is none other than Nachhatar Gill. Now, he has released his next single track ‘Tera Eh Pyar’.

The lyrics of this romantic number are penned by Aman Barwa. Trending Boyz has given the music under Arsara Music label which has also produced movies like ‘Goreyan Nu Daffa Karo’.

The video of the song is directed by Jcee Dhanoa, who has also directed the songs like ‘Password’& ‘Dimag Khraab’ of Miss Pooja, ‘Kurta’ of Preet Harpal, ‘Nakhra Nababi’ of Badshah and ‘Range’ of Aarsh Benipal. The whole project is produced by Raj Bhachu. This song is Sunny Jandu’s presentation. This whole project is by Paviter Pitta.

At the release of the song Nachhatar Gill said, “First of all I am highly obliged to the audience for showering love and support to my all songs like ‘Daata Ji’, ‘Tere Rang Niyare’ and ‘Ardas Karaan’. Now after a long time, I am coming back with a romantic song and I am very excited about it. I just hope people will like this track like they have liked the previous ones.”

The director of song, Jcee Dhanoa said, “My only focus has always been that while highlighting the video, the lyrics should not be ignored. And when you are working with a legendary artist like ‘Nachhatar Gill’, the responsibility increases. I personally like the song a lot. I just hope that the video of the song will do justice with his personality.”

“Nachhatar Gill has always been the inspiration and role model for the aspiring singers and I am so proud that I got a chance to associate with him. One thing I am sure of is that like his all previous songs, this song ‘Tera Eh Pyar’ will also be a super hit and will rule the hearts of his fans,” producer of the song Raj Bhachu said.

The song ‘Tera Eh Pyar’ has already been released on the official YouTube channel of Arsara Music.