NewZNew (Chandigarh) : The union health Minister, Sh. J P Nadda and the Chief Minister of Haryana, Sh. M L Khattar released the book ‘Sunrays for Friday’ at Law Bhawan, Sector 37 on Saturday. This is the sixth book which is written by the Bharatiya Janata Party’s President of Chandigarh, Sanjay Tandon and his wife Priya Tandon. The day also witnessed a blood donation camp hosted jointly by the charitable society Competent Foundation and Bar Council of Punjab and Haryana. More than 315 units of blood were collected in association with PGI. 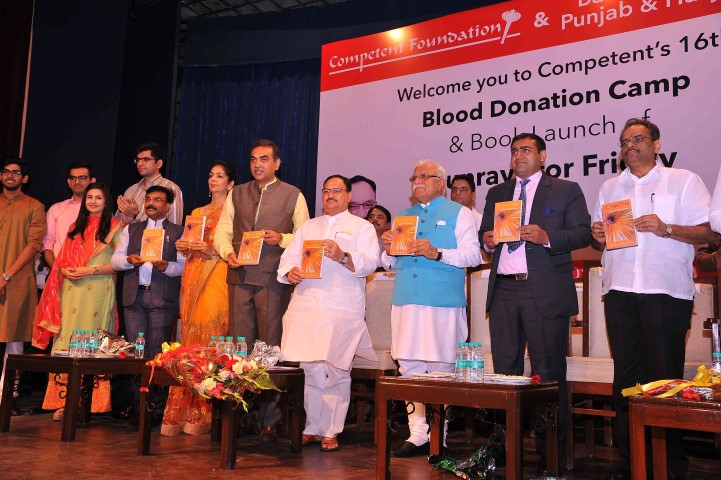 While speaking on the occasion, the union Minister, J P Nadda shared that he enjoyed the ‘Thought of the Day’ message which was sent by Sanjay Tandon every day along with his morning cup of tea. Appreciating the efforts of the couple for writing the series of books, the union minister said, “I have always felt that the ultimate happiness lies in the spirituality and the book ‘Sunrays for Friday’ along with other five encourages everyone to follow the path which takes us closer to the Higher truth. Apart from this, the Competent Foundation is doing commendable job by organising blood donation camps twice year”. The minister promised to extend his full support in carrying out the welfare activities. 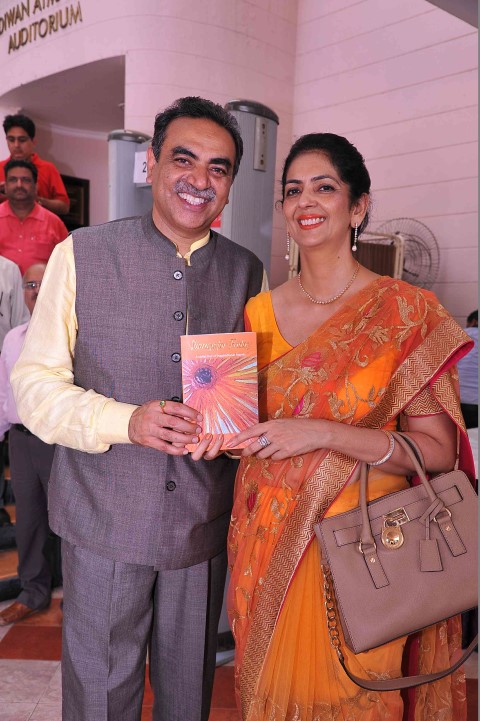 The chief minister of Haryana, M L Khattar narrated two stories for the audience and asked the couple to include in the book. Incidentally, one of the stories was already part of one of the books. He said that all the books written by the couple contained best of the stories which can be incorporated in our daily life. He especially praised Priya Tandon who has made beautiful sketches in the Sunrays series.

While sharing some notes on the book, Sanjay Tandon, who is also the founder of Competent Foundation said, “It is an emotional day for me and I will always remain thankful to parents who have instilled spiritual values in me. Somehow my spiritual strength has inspired me to write inspirational stories in our books which are meaningful for the age group of 8 to 80 years. Now, I advise the younger generation to spend more time on inner- net than internet. I am sure our books will help people to understand the deeper meaning of life”.

The Sunrays series of books started out as a stand-alone book containing a collection of inspirational short stories titled ‘Sunrays for Sunday’. The idea was to give food for thought to the readers to share a story with their children during family time, whether at the dining table or otherwise.

Both union minister and the CM also talked to the participants who had come to donate the blood. Adding a new chapter in the event, on the spot registrations were done by Competent Foundation where as many as 162 aspirants pledged their eyes and body organs to help needy people. The foundation also ensures disposal of unclaimed dead bodies in PGI.