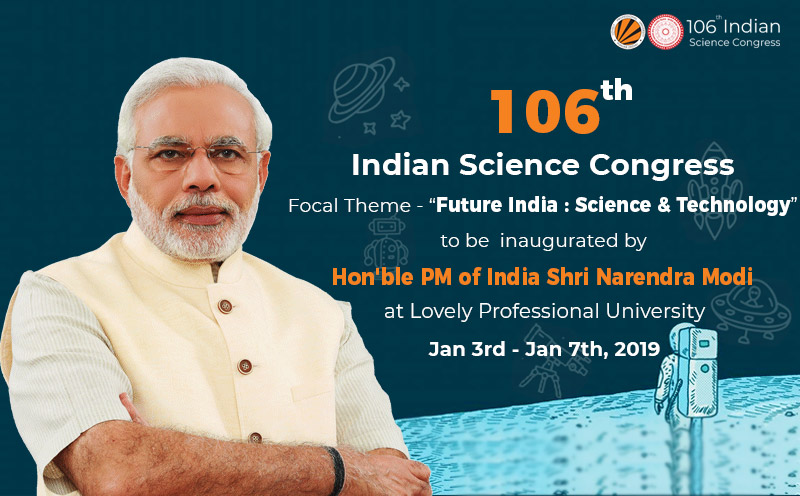 Honourable Prime Minister of India Sri Narendra Modi will inaugurate this four-day mega event on theme ‘Future India: Science & Technology’. The PM will also address an audience of about 30,000 scientists, researchers and students on the occasion.

The Indian Science Congress Association (ISCA) has been organising the Indian Science Congress annually with an aim to bring together science fraternity across the World to discuss scientific innovations and researches at a common platform.  This year, LPU in association with ISCA has planned to make this grand event more magnificent with participation of six Nobel laureates from countries like Germany, Hungary, England and some others and make it the largest such gathering of its kind in the country.

Apart from Nobel laureates, various cabinet ministers including Union Science and Technology Minister Shri Harsh Vardhan and Textile Minister Smt. Smriti Irani will also attend the event. Eminent scientists from ISRO, Department of Science and Technology, UGC & AICTE are also slated to attend the function.  The science congress will attract over 20,000 delegates including 3000 acclaimed scientists and researchers besides students from across 40 countries.

LPU Chancellor Ashok Mittal said, “Lovely Professional University is proud to be one of the first private universities in the country to host the Indian Science Congress. We are excited to welcome the Honourable PM and the leaders of the global and national scientific community to our campus. I am confident that this edition of the Science Congress will set new benchmarks for scientific discourse in India.”