Nasal Allergy: Knowing Patanase Nasal Spray: When you say allergy, then it pertains to the condition of an individual’s body in which the patient experiences symptoms of sneezing, hives, itchy and red watery eyes, or nausea, vomiting, and diarrhea. 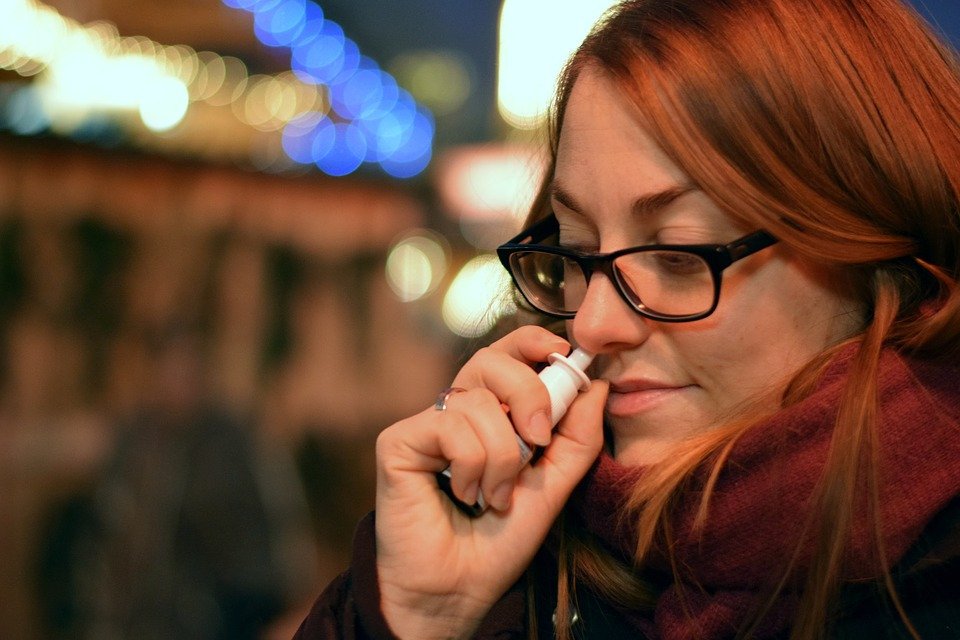 There are lots of symptoms that an individual can have since allergy is not limited to one cause. With this said, allergy is like an open field with land mines on it waiting to be triggered by a particular substance —not to mention that the symptoms range from mild to severe which can even lead to death.

In this article, we will be discussing nasal allergy or commonly called as rhinitis, which primarily affects your nose resulting in difficulty in breathing. Know more as you read through the end.

Rhinitis is an allergic reaction, which is an inflammation of the nose. Now, the nose produces mucus, a fluid that is usually thin and clear, which helps to keep debris, dust, and allergens out of the lungs. Also, the mucus serves as traps that prevent the dust, pollen, bacteria, and viruses to enter one’s body.

The mucus is usually drained down the back of your throat. You may not be aware of it most of the time since it is thin and in a small amount. However, if your nose becomes irritated, then it may produce more mucus and becomes thick and pale yellow, which is unnatural for mucus.

Then, the mucus may begin to flow from the nose to the back of it, which the substances in the mucus may start to irritate the back of your throat, resulting in coughing. The postnasal drip happens when more mucus is drained down the back of the throat.

Patanase nasal spray is a type of an olopatadine nasal, which is an antihistamine which reduces the effects of histamine, a natural chemical in the body which produces the symptoms of allergic reactions such as itching, sneezing, watery eyes, and runny nose. This medication can be bought in any local pharmacy with a patanase coupon and can be used by children who are at least six years old up to adults.

What are the Possible Side Effects of Patanase?

Just like any other drugs used as a treatment to their respective illnesses that would cater to the patient’s needs, the patanase also has its side effects that an individual should be informed and exercise precaution.

With this being said, here are the following side effects of patanase nasal spray.

Written above are the severe symptoms of patanase’s side effects. Now, here are the following less serious side effects of the said medication:

Take note that if you have experienced any of the following symptoms, then you should call your doctor to seek medical advice in terms of health-related issues.

The Most Important Information that You Should Know

One of the most important things that you should inform your doctor about is whether you have any non-allergic conditions that affect the inside of your nose, like a deviated septum.

Also, know that this medication may impair your reaction or thinking. Thus, you should exercise precaution when taking patanase, especially if you are doing an activity which requires your alertness.

If by chance, your symptoms are not improving, getting worse or are not showing any good signs, then make sure that you call for a doctor’s attention in regards to the said concern.

What to Discuss with Your Doctor?

Firstly, you should tell your doctor if you are allergic to olopatadine, so that your doctor can make some changes in your prescription.

Lastly, how olopatadine affects breast milk is yet unknown, too, whether it will or will not harm a nursing baby. Thus, as a precaution, do not use this type of medication without informing your doctor that you are currently breastfeeding a baby.

The information discussed above will help you while you are going through the allergy treatment that the doctor gives you. With this said, now that you know what are the things that you need to do and how patanase works, then you should be able to help your doctor monitor your body or a loved one who’s the patient of this allergy treatment.

16 Points Split The Top 3 Drivers After Round 2 Of The Volkswagen Ameo...

6500+ Movies on the move, only with HungamaPlay

Workshop brings together major stakeholders to discuss progress in regulations &...