NewZNew (Chandigarh) : So far, Indian students went abroad after doing their school education in India for further studies in foreign colleges. Not anymore. Now even secondary level schooling can be done abroad in New Zealand and Australia. Friendship and understanding between India and these two countries was highlighted by Prime Minister Mr. Narender Modi during his last visit to that region recently. Taking a queue Navigators Overseas Solutions, a Chandigarh based student visa consultancy held a press conference to announce its tie-ups with schools from New Zealand and Australia. Said Mrs. Veena Goel, Director, Navigators Overseas Solutions, “Navigators is celebrating its 17th anniversary and to mark the occasion we are announcing a unique agreement with Athena School- Sydney, Victoria Government School- Melbourne, Aquninas College- Melbourne, Western Senior Secondary School –Melbourne, Avonside Girls High School- Christchurch, New Zealand, Canterbury College- Between Brisbane and Gold Coast in New Zealand and Australia where Indian students can get direct admission.” The event also saw participation of parents of students who were successfully pursuing their education abroad, through the professional help provided by Navigators Overseas Solutions.

It was revealed that World class school education for Indian students from grade 8 to 12 in Australia and New Zealand has now been made possible. The tie ups are a result of the frequent visits and research on system of teaching at the secondary school level in these countries done by Navigators. It is noteworthy that Mrs. Veena Goel, was an invitee from India at the Conference of School Workshop held at Australia in Brisbane, & Auckland and Christchurch in New Zealand recently. Says Ms. Veena Goel, “The purpose of the visit was to understand the education standard of the schools and variation in education system between India and these two countries. I visited schools, met faculty members and interacted with officials of the respective schools before empanelling these for students who would like to take the advantage of a secondary school education in Australia and New Zealand.”

Mr. Nigel Cummins, An expert in the field of International Student Recruitment who has over 14 years of experience in New Zealand & Australia was present at the press conference. Apart from Ms.Veena Goel, the press meet was addressed also by Mr. Utkarsh who is a software engineer from a renowned University – Swinburne University, Australia, and runs his own agency with the Name of ‘Helping Hands’, in Australia.Said Mr. Utkarsh, who is also a MARA Agent “With the launch of the admission in schools abroad by Navigators, Indian students who are looking at a quality International education have the opportunity to get direct admission in the schools of Australia and New Zealand & make their foundations strong so that they may acquire higher education anywhere in the world, on the strength of the schooling platform.”

At the press meet it was opined that many a time’s Indian students are not able to perform well in Colleges & Universities abroad due to certain weak points in the Indian school education system. This problem will find a resolution if they can plan their International education earlier than the college level. Additionally Navigators also announced an agreement with — Saint Stephen College – Gold Coast, Queensland, Australia, Long Bay College- Auckland, UC international College- Christchurch and Unitech Institute of Technology- Auckland. 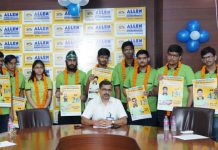 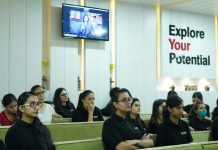 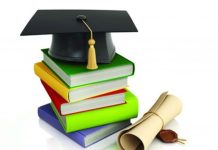 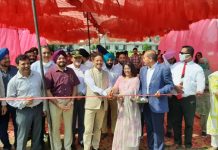 Soni directs to augment the supply of oxygen cylinders in Government...