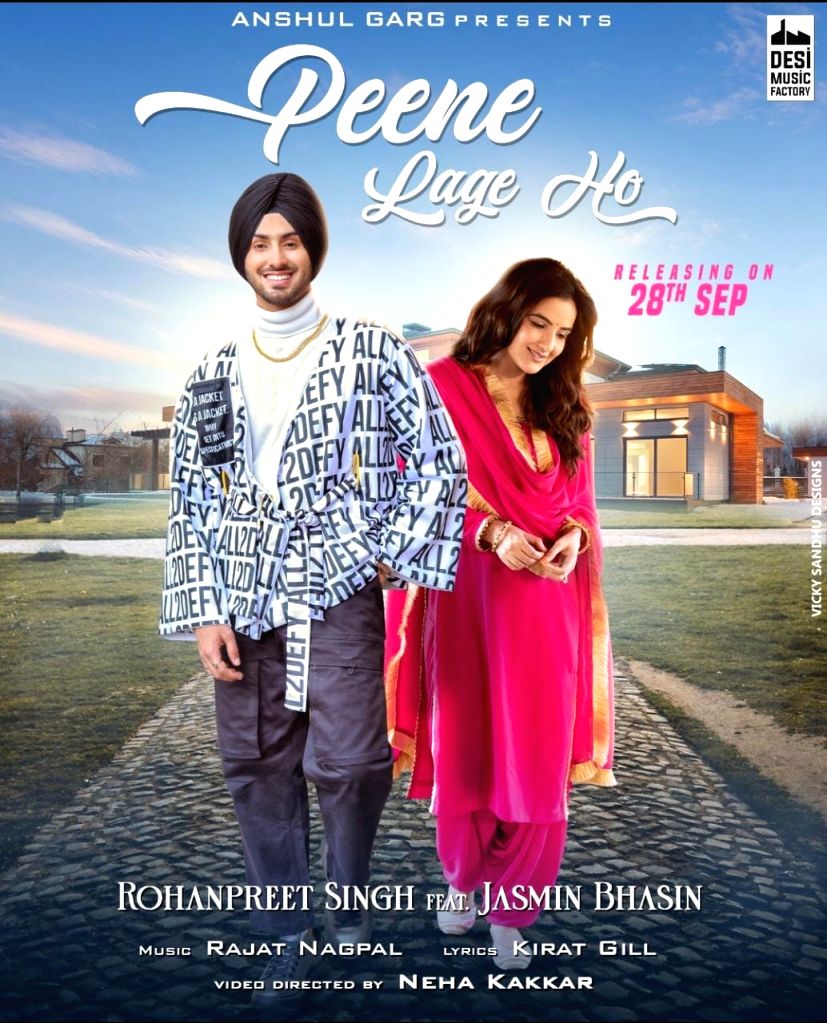 Thrilled about her debut, Neha Kakkar says: “Although this is my first time directing a music video, I think I’ve been preparing for it throughout my career as a singer. It felt great to be challenging myself with direction. I have been in front of the camera so far and getting behind it gave me a maker’s perspective into video creation. I seek the blessings of my fans who’ve been super supportive of my projects.”

Adding to this, Rohanpreet says: “‘Peene Lage Ho‘ is my first solo song and it’s special because it has been made with Neha’s vision. I was startled at the comfort with which she got behind the lens. She has yet again inspired me. As a singer, I tried my best to deliver a song that can be heard on repeat. We’re excited to bring this one to you.”

Actress Jasmin Bhasin, who is known for her stint in ‘Bigg Boss‘, says Rohanpreet’s nervousness was adorable.

Jasmin said, “It felt cute to see Rohanpreet get slightly anxious about featuring in a song with someone other than his wife. Neha and I tried our best to make him comfortable. He has done a fantastic job of rendering Peene Lage Ho. I loved the song when I heard it for the first time and I think it will catch on with the listeners.”

Presented by Anshul Garg, the upcoming song is composed by Rajat Nagpal and written by Kirat Gill. ‘Peene lage ho‘ will release on September 28.

Bollywood comes out in support of ‘REMONETISE INDIA – A Citizen’s...