A new project in a Punjab village is showing how straw management techniques can increase farmers’ output and reduce air pollution at the same time as protecting nutrients for future crop growth.

To tackle the problem of stubble burning, New Holland Agriculture– an agriculture machinery company has collaborated with the Department of Agriculture, Govt. of Punjab for Straw Management project in Kallar Majri village of Patiala to prevent Crop Residue burning. 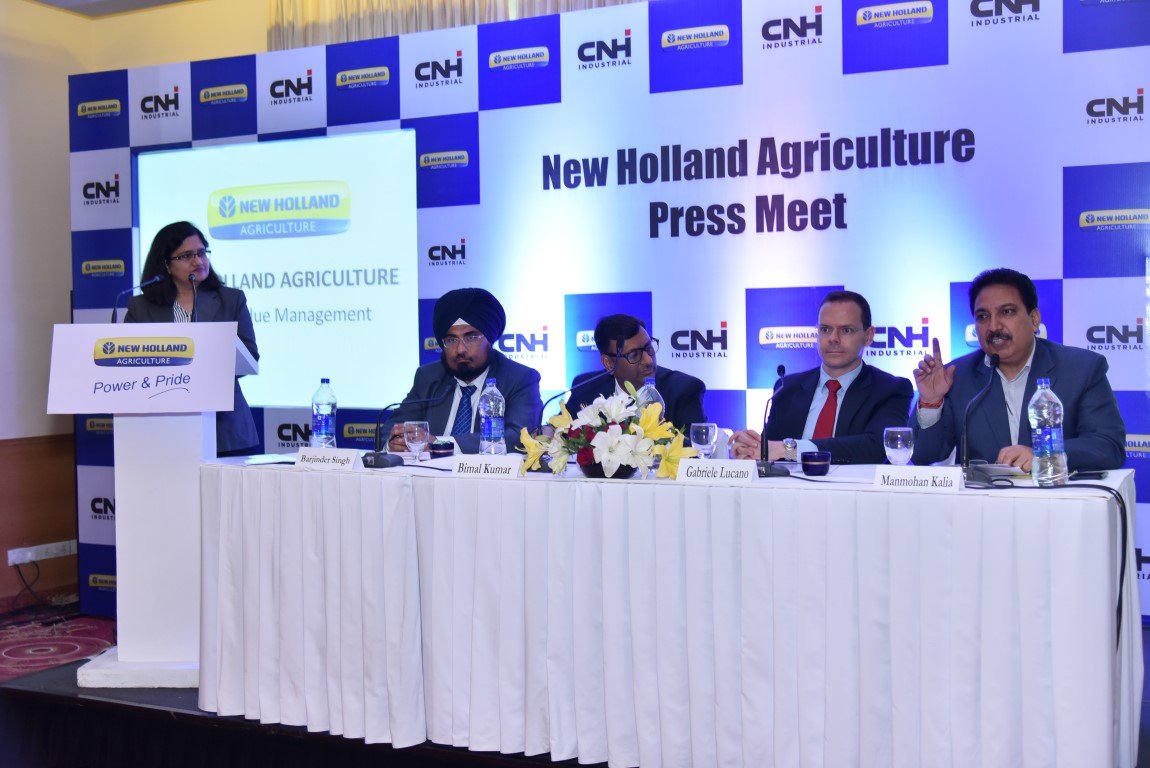 New Holland Agriculture is offering a complete range of equipments for straw management which also helps play a significant role in collection of biomass for biomass based power generation by paddy straw & other crop-residues and cogeneration from cane trash in sugar mills. The baler being provided by New Holland Agriculture can help produce electricity for 950 rural homes for one year in one paddy season.

Since the day of launch, 1000 tonnes of crop stubble from 400 acres of farm land in Kallar Majri village has been baled using the technological solution provided by New Holland Agriculture. Kallar Majri in this harvest season is a totally smokeless zone i.e not an inch of stubble has been burnt in Kallar Majri.

The project was initiated in Kallar Majri village, Patiala District, by the Department of Agriculture (DOA) to encourage the use of these technologies. New Holland Agriculture, under its CSR program, recently joined the project, providing farmers with machinery for straw management, together with all necessary training and technical support to carry out this initiative.

Gabriele Lucano, Country Head and Managing Director at CNH Industrial India, said: “As global Clean Energy Leader since 2006, New Holland Agriculture feels a responsibility for providing solutions to fight environmental pollution. This is especially true of the burning of crop residue in fields, which is becoming a major concern for human health beyond the Northern states of India.”

Manmohan Kalia, Joint Director, DOA, Punjab, said: “Working on the stubble management issue, more and more farmers are being encouraged to adopt mechanised post-harvesting treatment of the land and we are pleased that New Holland is now contributing with technical solutions. Punjab Government has taken Kallar Majri as a model village for this project but it’s important to note that farmers from other locations can also improve productivity and reduce air-pollution by adopting these same practices.”

Bimal Kumar, Sales and Marketing Director for New Holland Agriculture, commented: “More than 90% of paddy straw in India is burned in fields, taking air-pollution to levels that can damage human health. In Punjab and Haryana alone approximately 35 million tonnes of paddy straw and stubble are burned every year. But since starting this project, 1,000 tonnes of crop stubble from 400 acres of farm land in Kallar Majri village has been baled and the practice of burning crop-residue and stubble has been fully eliminated. The solution we are proposing can also bring in additional revenue to the farmer as he can sell the straw instead of burning it.”

The most beneficial method for farmers is to collect the straw for selling to biomass-based power plants by using Rotary Slasher followed by Rake and Baler. Alternatively, a combination of Straw Slasher, Rake, Baler, Rotavator and Seed Drill can be used to collect the residue on the field and prepare it for the next crop.