Dr Atul Joshi, Fortis, Mohali operated the gallstones and handled the case efficiently; patient had undergone Open Cholecystectomy in a hospital in Ambala

With timely intervention of doctors at Fortis Mohali, an Ambala resident got a new lease of life after having been operated for complications arising out of stone developing in remnant gallbladder, which was operated up in an Ambala hospital two months back. 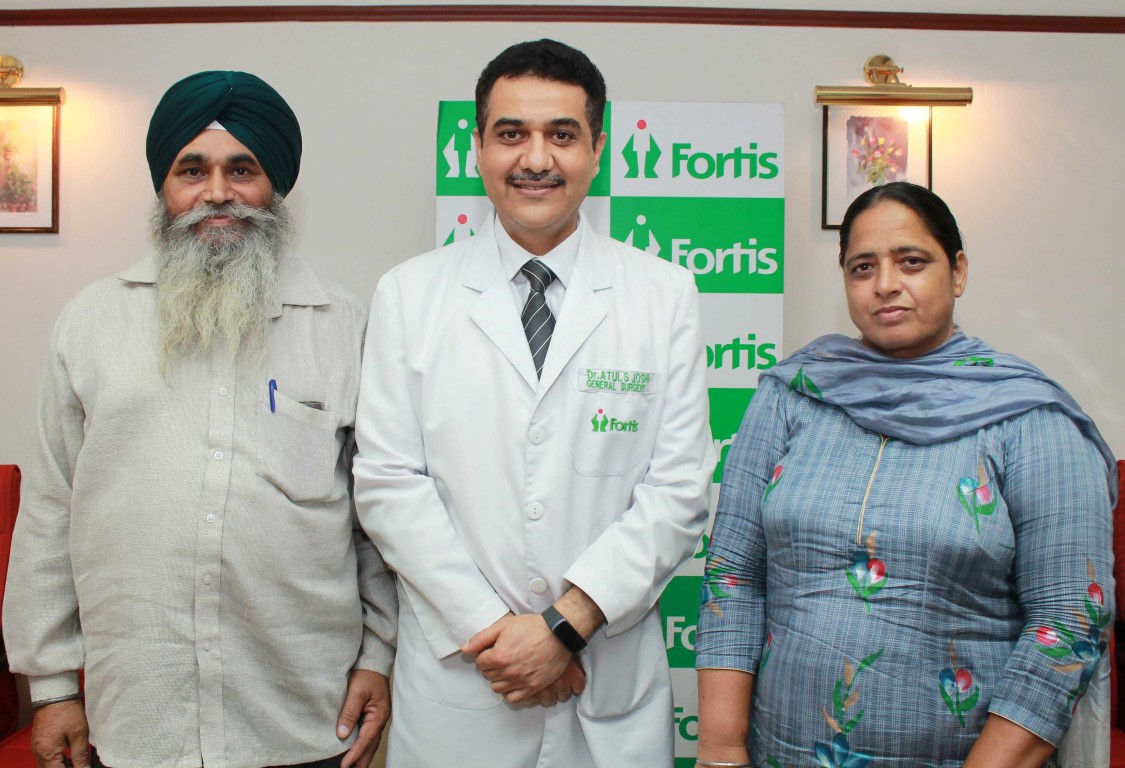 Mrs. Paramjeet Kaur, an employee in the Railways Ambala Cantonment Electrical Department who had undergone an Open Cholecystectomy in a hospital in Ambala. It seemed to be a successful surgery until a couple of years ago, when she started to have repeated episodes of pain in the abdomen. Symptoms like breathing issues & continuous piercing pain became evident, ultimately making her seek medical attention. The problem was investigated locally and it was detected that she had remnant/residual gallbladder with a large stone sitting in it (18.24mm stone was detected). Numerous visits to the primary surgeon did not yield much result, and the unbearable recurrent pain posed numerous problems.

So, Paramjeet visited Fortis Hospital, Mohali post having the repeated episodes of pain. She was explained that she has had an unusual problem of a stone forming in the remnant cystic duct. She was taken up for surgery on September 2, and was informed about the gravity of the procedure.

According to Dr Atul Joshi, Fortis, Mohali, Additional Director,  General Surgery, In view of her present condition, she was explained the fact that a Laparoscopic procedure shall be difficult and technically demanding and a surgical challenge. On Laparoscopic assessment, it was found that there were dense adhesions all around the previous surgery site, in and around the gallbladder fossa and the common bile duct. These were taken down meticulously and cautiously, and the gallbladder stump reached. To make matters further worse for the surgical team, there was a cholecystoduodenal fistula (abnormal communication between the rare gallbladder and the first part of the duodenum) as well.

Therefore, the surgeons had two complications to handle. This too was managed laparoscopically followed by removal of the miniscule / remnant gallbladder while trying to save the precariously close common duct which brings the digestive juices from the liver. The patient was saved the agony of another complex open surgical procedure or intervention.

The satisfaction of a complicated surgery done well was enhanced by the patient’s comfort and early return to work. Ms. Paramjeet Kaur said, “To my surprise I have been able to go back to work, I play with my 8-year-old son and have been able to bounce back to normal life. It feels like I have been given a second lease to live life to the fullest.”

ICICI Academy for Skills has trained over 5,660 less privileged youth...