New Punjabi Film Baraat Bandi Poster Release, Star Cast, Story, Wiki : After being global, the Punjabi Film Industry is proceeding with films which carry a different zone, a different track, lot of comedy movies with beautiful punches and jokes which actually tickle your stomach and of course the films which carry a message which is a good sign for the rise of the Punjabi Cinema.

And under the series of comic films , Director Ravi Verma is all set to direct a comic flick, “Baraat Bandi” a full family entertainment and which is going to be made under the banners of Dream Work Productions and Star Entertainers, whose producers are Harjinder Singh Garcha and Aarti Verma along with Co-Producers are Gurpreet Singh Goga, Sandeep Singh, Sukhdev Singh and Shubham Sharma.

Raman Dhagga will be the associate director for this film. The star cast of the film includes Sharry Maan, Gurpreet Ghuggi, BN Sharma, Karamjit Anmol, Hobby Dhaliwal, Ginni Kapoor, Pooja Verma, Aman Hundal, Aman Noori and many more The story and screenplay of the film has been written by Badar Khan, the dialogues have been written by Surinder Angural and Navi Sidhu.

The announcement of the film was done by its team here today. Renowned singer actor Sharry Mann, Gurpreet Ghuggi, Ginni Kpaoor, Pooja Verma and Man Hundal along with Producers Harjinder Singh Garcha and Aarti Verma, and the Director Ravi Verma, interacted with the media on this film announcement which is going to be made under the banners of Dream Work Productions and Star Entertainers and for which the shooting is going to start from 15th of Octoberl, 2018.

Ravi Verma, the Director, said, “We can’t reveal much about the story of the film at this moment but this film is going to be a mixture of entertaining punches and jokes which is going to be really hilarious”. He further added, “I believe that film making is the greatest art and there is an unlimited scope of experiment and innovation. “Baraat Bandi” will cater to all tastes, exclaimed the Director, Ravi Verma.

Seasoned Artists, Gurpreet Ghugg, Karamjit Anmol, Hobby Dhaliwal and the lead actor Sharry Mann along with Ginni Kapoor, Pooja Verma and Aman Hundal also added that they are looking forward to work together with this team, and are sure that this film will also make a mark in the punjabi cinema. 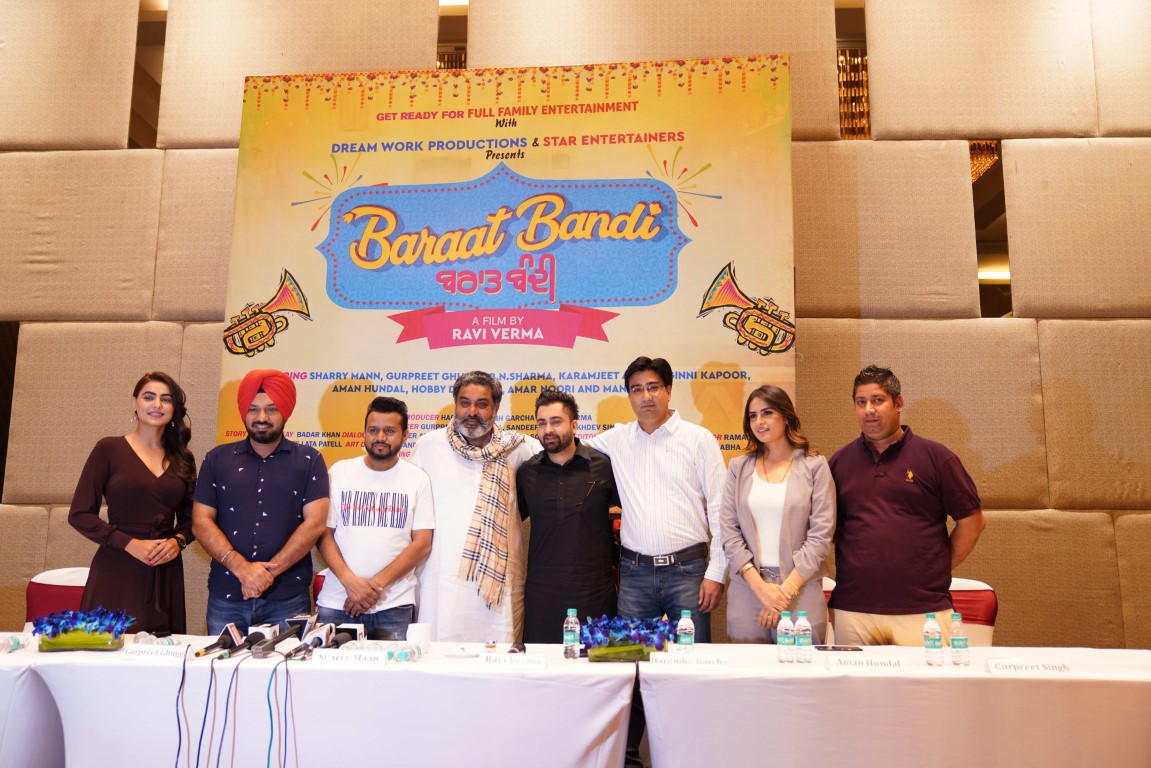 The Producers Harjinder Singh Garcha and Aarti Verma, said, “We are happy to announce the film and about the movie as the name says, “Baraat Bandi”, we are sure that this film will entertain the audience to the fullest”. They further added, that they are proud to get associated with a team like Ravi Verma, Gurpreet Ghuggi, BN Sharma who have done wonders in the films together and the entire Punjabi Cinema rely on these names so much and their presence in the film is always a treat to watch.

The shooting of the film will be done in and around Chandigarh.

The best places to visit in Kolkata