Continuing the successful league of Punjabi films, Gunbir Singh Sidhu and Manmord Sidhu are ready with their romantic epic ‘Channa Mereya’. The film is a presentation of White Hill Studios and Zee Studios and is directed by Pankaj Batra. With Ninja, Payal Rajput and Amrit Maan in lead roles; the film also stars Yograj Singh, Karamjit Anmol and BN Sharma in pivotal roles. The team of the film was in Jalandhar city for promotion. The film is releasing on 14th July 2017. 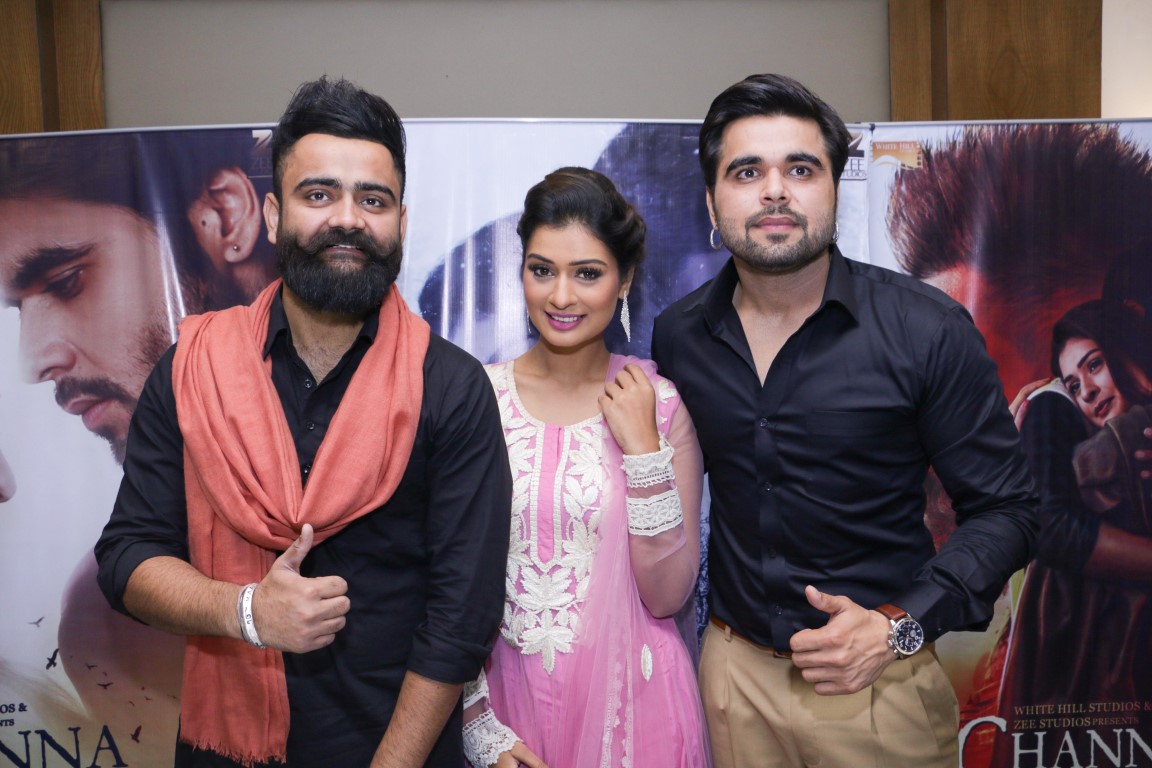 Actor Ninja is debuting with this film. He is quite optimistic about his new innings. “It will create a new image for me altogether and I am quite satisfied with my decision. At the end of the day my work and responsibility is to entertain my audience and I think this film will become one of the best examples of that. My director is my god on the sets and I did my best to make him happy.” said Ninja.

“Everyone on the sets was so helpful to make me learn the new avenues of cinema as a whole. I had given my best in this and I thank the producers and the director for choosing me in ‘Channa Mereya’ said Payal Rajput in humble tone.

Also Read :   Kudrat gives a fictional account of life of a girl after tragedy : Laiza

“In simple words this film is amazing, not only for the makers but also for the takers. When I heard the script, I could not say no because it is something which has not been savored before in the Punjabi Industry and I knew that Pankaj Batra will do wonders with his creativity. This is my first project with him and I am overwhelmed.” Stated Amrit Maan

“Directing this film was indeed a very enriching experience. The whole cast and crew was very supportive and I completely second the statement that team work is actually pretty important to complete anything successfully. We all have given our best and have high hopes from the film.”said director Pankaj Batra.

“Our previous films have got an overwhelming response. Every film we bring out is of a new genre with a unique concept and content. We try to bring out such variant films which make us different from the regular entertainment industry.” said producer Manmord Sidhu

The story of the film revolves around two people who fall in love with each other but are bound to the rituals of family and society. This story is about their struggle and undying faith. Visit your nearest theaters on 14th July to watch ‘Channa Mereya’.

Reliance Jewels to Unveil its Flagship Showroom on 3rd November in...