The admission committee responsible for holding the NEET counselling 2017 in Gujarat has published the state merit list for admission to Bachelor of Medicine and Bachelor of Surgery (MBBS) and other medical allied courses. The Admission Committee for Professional Under Graduate Medical Courses (ACPUGMEC) has been constituted by the Gujarat Government under Gujarat Professional Medical Education Institutes, Regulation of Admission and Fixation of Fees Act, 2007. Read below for more details on NEET counselling Gujarat, NEET merit list and other NEET news. 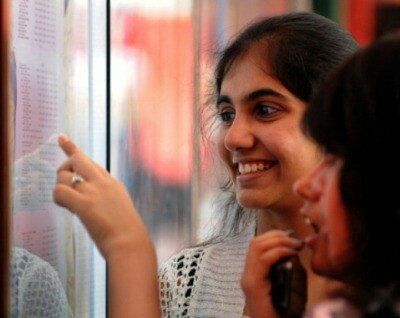 The National Eligibility and Entrance Test (NEET UG 2017) for admission to undergraduate medical courses was conducted by CBSE on 7th May and the results were declared on 23rd June. A total of 10,90,085 appeared in the entrance test, out of which 6,11,539 were declared qualified for admissions in the academic year 2017-18. Based on the NEET results, the admission to 15 percent seats under All India Quota is to be regulated by the Medical Counselling Committee (MCC), while the state authorities are to regulate the same for remaining seats.

As per the stats given by CBSE, total 47,853 students had registered to take NEET 2017 in Gujarati language, which was conducted in total 10 languages this year. In the state of Gujarat, ACPUGMEC has been constituted to supervise and control the entire process of admission of students to Government seats, Management seats and NRI seats in the Professional Medical Educational Courses. All the admissions are to be made by centralized single window state common counselling and it will be done in only two rounds.

NEET Merit list 2017 has been prepared on the basis of All India Overall Rank of the candidates declared eligible in NEET 2017. The admission committee published the merit list on Thursday. The merit list of NEET 2017 published by ACPUGMEC comprises of the candidates appeared from the State of Gujarat and 12th standard from Gujarat as per marks secured in NEET UG 2017. ACPUGMEC said, “Total 60,425 students appeared for NEET 2017 from Gujarat and 22,970 were declared qualified.” Of these qualified students, 7,998 belong to OBC category; 1,869 to SC; 1,445 to ST and remaining 11,658 are under open category.

There are total 3,630 MBBS seats in the medical colleges in Gujarat. This includes 1,080 seats in 6 government institutes and 2,550 seats in 17 self-financed institutions. There are 1,155 seats in BDS course (200 seats in 2 govt colleges & 955 seats in 11 self-financed colleges). The break-up of the remaining seats is as follows:

The details on NEET counselling 2017 in Gujarat can be fetched from the official website of admission committee medadmgujarat.org.