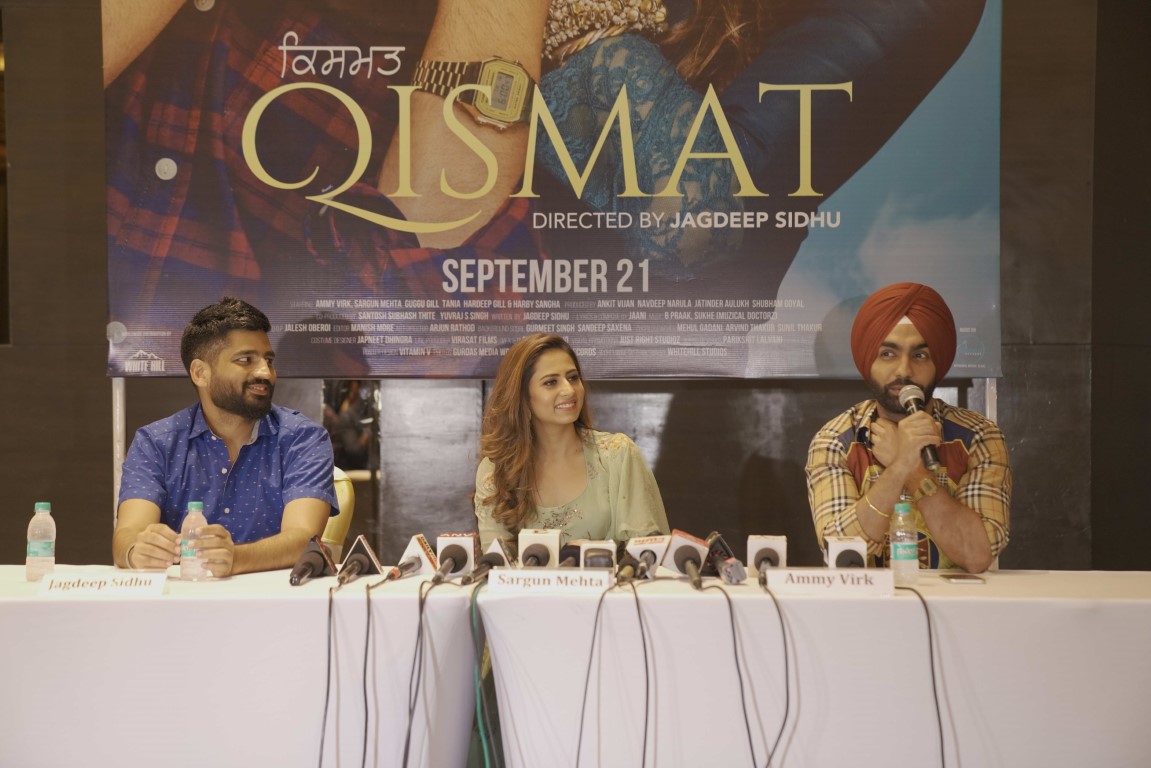 Quenching the audience’s desire to see the lovely duo on the big screen, Shri Narotam Ji Production, have produced QISMAT – the movie whose producers are Ankit Vijan, Navdeep Narula, Jatinder Aulakh and Shubham Goyal and Co-Producers are Santosh Subhash Thite and Yuvraj S Singh, and which is all set to release on September 21. The movie stars Ammy Virk and Sargun Mehta in lead roles along with Guggu Gill, Hardeep Gill and Harby Sangha in the prominent roles too. The film will be distributed worldwide by White Hill Studios.

Written and directed by Jagdeep Sidhu, ‘Qismat’ is one of the much-anticipated movies of 2018. “Right from the concept to the lead pair of Ammy Virk and Sargun Mehta, I can assure you that the movie has got a novelty which I hope, shall be liked by our audience. 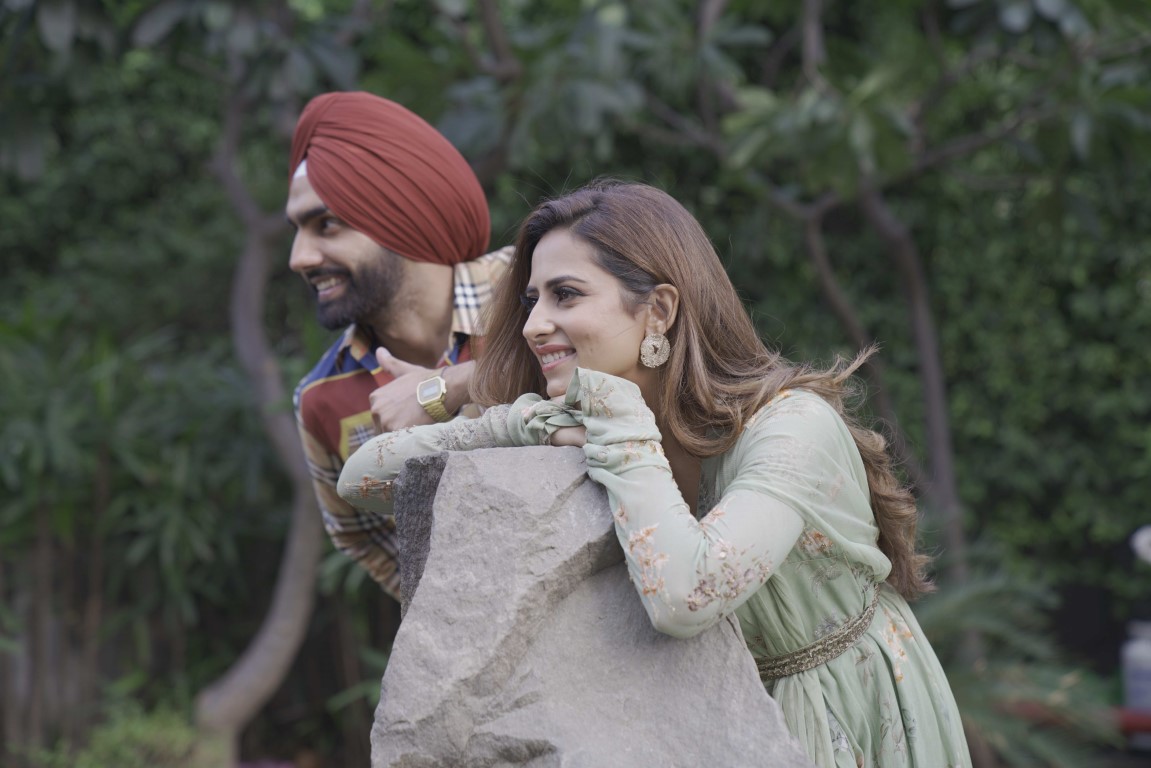 Speaking at the Press Conference, Ammy Virk said, “So far, I am glad with the response that we’re getting on the trailer and all the songs we’ve released so far. I think for me the biggest challenge was to match up to the wonderful performer that Sargun is. Working with her was a special opportunity itself and I hope I have justified my role well.”

Sargun added, “I had a lot of fun shooting for Qismat as finally after Lahoriye, a film came my way wherein the character that I got to play was so close to reality. I’ve always picked my roles carefully and judging from the way the film has finally come out to be, I think I have made a great choice by signing Qismat.” 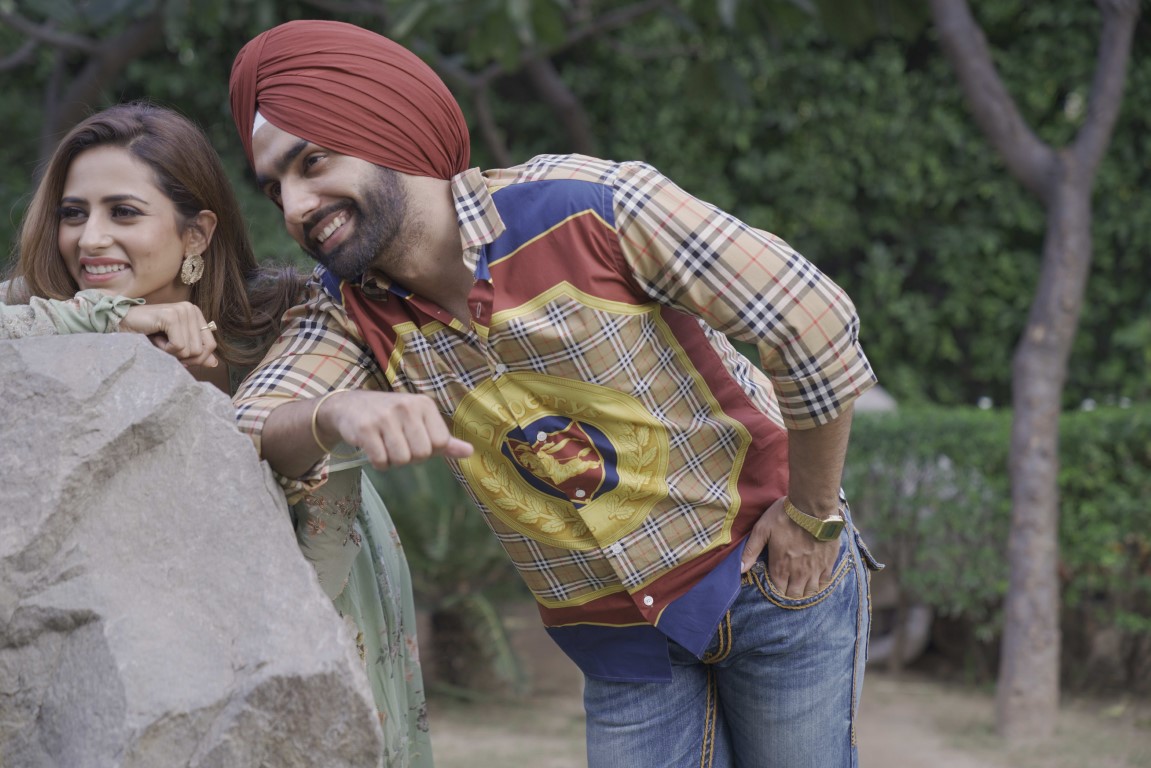 Detailing a bit about the film the producers, said, QISMAT is a tale of a young fellow who gets relocated to a new city for education, where he meets a girl (Sargun) and gradually the duo fall in love with each other. However, like every other love story, there comes a tragic situation in ‘Qismat’ as well, which will be unveiled only once the movie is out.

The release date of Qismat Movie is set to be 21st of September 2018. Qismat movie will be a romantic comedy tale that will entertain us by presenting such an amazing couple of Qismat Song.

The music has been prepared by famous B Praak and Sukh-E Muzical Doctorz. There are six songs in the film which are sung by Ammy Virk, B Praak, Gurnam Bhullar, Kamal Khan, Divya Dutta and Neetu Bhalla whose lyrics have been penned down by none other than the renowned Jaani, so all these names assure that we will hear some good melodious and heartfelt songs for sure in the film.