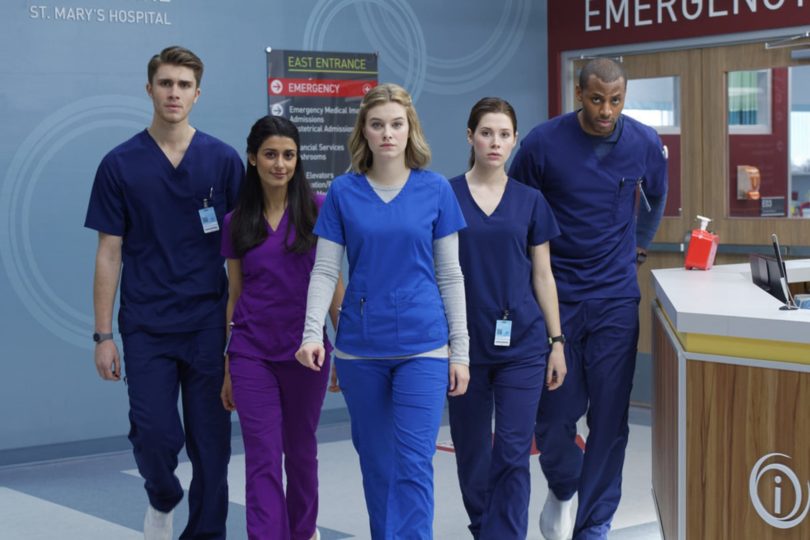 Its first season was aired on 6th January 2020 and gained positive reviews from the viewers. Just like the first season, its new arrival also features a total of 10 episodes.

Nurses Season 2 Spoilers: What to Expect in Episode 2?

The series Nurses revolves around the story of a group of nurses who are working at a busy center in a Toronto hospital. In the first episode of the second season which aired on June 21, we saw our five favorite nurses from the show.

On the other hand, a new general has arrived in the town and the entry of nurse manager Kate Faulkner was showcased in the first episode. Kate Faulkner has given all the nurses to run for their money. The title of the second episode has been also revealed which is “Chaos Magnet” and it is written by Adam Pettle while Thom Best has done the directorial work of this latest episode.

The second episode will start with a typical day at St Mary, however, soon everything is going to go crazy and upside-down after an Amber Alert rings out. Things will turn out more wild when the nurses will find out that the offender who has abducted the child is in their hospital along with the abducted child.

The much anticipated second season of ‘Nurses’ finally got premiered on 21st June 2021 and the title of its first episode was “A Thousand Battles”. The script for this episode was written by Patrick Tarr while Kelly Makin has directed the same. Now, the viewers are waiting for its next episode whose date has been revealed by the makers.

This ten-episode season of the ‘Nurses’ is going to release its new episode on Monday every week. The latest episode of the show is now going to premiere on 28th June 2021, Monday. It will premiere with the title “Chaos Magnet”.

The original network of Nurses Season 2 is Global, so the viewers with the active cable subscription can watch this latest episode on this Canadian television network. If you want to watch it online, then you will have to wait for a day as the latest episodes of Nurses Season 2 are released on the official website of Global as well as on the Global app.

For online streaming, you will need to have a valid cable provider ID for the same in order to stream the new episode on Global online platforms. In addition to that, NBC on 7th December 2020 has brought its rights and started airing the show in the US.