Oxygen Express set to haul first supply from Vizag plant: The first batch of 100 tonnes of liquid medical oxygen (LMO) from the Vizag Steel Plant is being loaded onto the Indian Railways’ Oxygen Express, for transportation to Covid-hit Maharashtra. 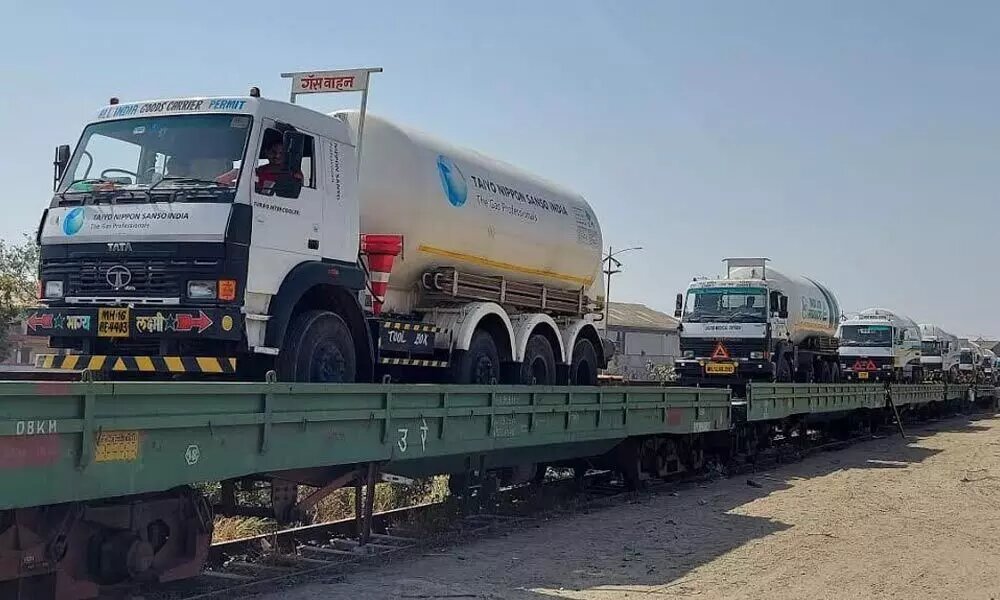 The oxygen will be transported after it is filled in seven cryogenic tankers, each with a capacity of 15-20 tonnes of liquid oxygen. The entire process, including filling the tanks, weighing them, and conducting safety checks, is expected to be completed in 22-24 hours.

After that, the Oxygen Express will embark on its journey to Maharashtra.

The Air Seperation Plant at the Vizag Steel Plant, comprises of five oxygen extraction units with a combined production capacity of 2,600 tonnes of oxygen, and one hundred tonnes of liquid oxygen, sources said.

Last week, Vizag Steel Plant had supplied around 400 tonnes of LMO to several places in Andhra Pradesh. The medical-grade oxygen is used for Covid patients who suffer from low oxygen levels.

Richa Aggarwal Prestigious Award For Contribution In Beauty And Wellness