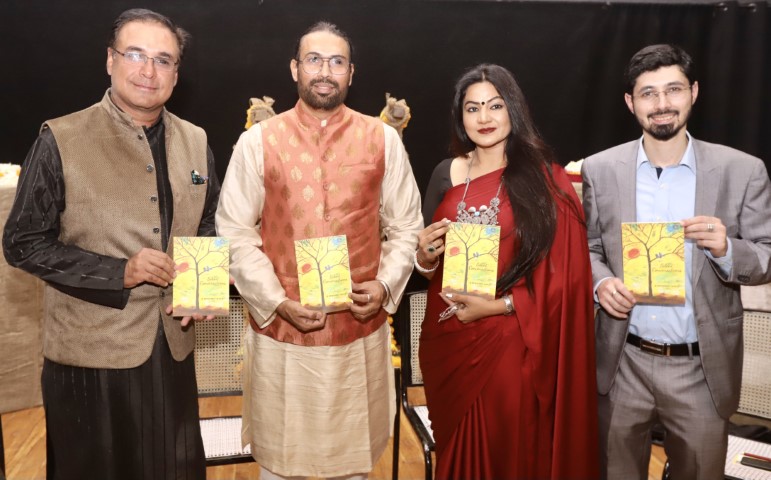 The book has been published by Rhyvers Press and The Narrators , a performing arts society  from Chandigarh is launching & promoting it. 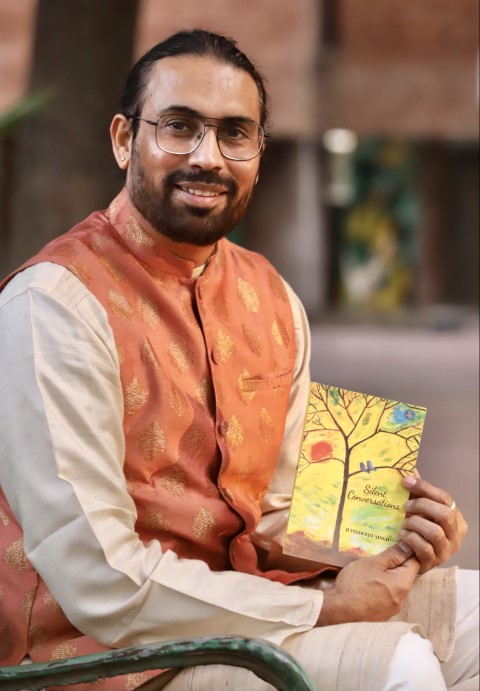 Jupinder further said, “Journalism actually helped me in understanding emotions and sensitivities of different gender and class, especially of the crime victims. My lead poem, ‘I bleed’ is based on suffering of rape victims. It is based on brutal rape and murder of Delhi girl ‘Nirbhaya’ and Canadian girl, Jassi, about who I also wrote a book.”

The book was unveiled uniquely through ‘Performed Poetry’ which actually means a performer showcasing movements & facial expressions as  lines of a poem are recited. The ‘Performed Poetry’ was based on six poems from Jupinder’s book — ‘Silent Conversations’, ‘My Tender Heart’, ‘Search’, ‘Caged Life’, ‘Suicide’, and ‘Roots’. The scintillating performance lasted for 20 minutes.

“Through this performance, we have dived deep into the journey of acknowledging the male and female energies to reach our highest self like Lord Shiva, who is the embodiment of male and female energies, and his realization of dual energies is called ‘Ardhnarishvara’,” said Nisha Luthra as she explained the reason for naming the performance ‘Ardhanarishvara’. The act was performed by Varun Khanna.

Jupinderjit Singh talking about the experiences he had in life which in a way were instrumental in making him pen the poems said, “I believe and I have experienced that good relations evolve themselves. You go to a higher level after the rush of hormones and madness in teenage or young days. Even holding hands and walking with your partner silently makes the best conversation.”

It is noteworthy that Jupinder wrote his first poem when he was in Class 9  which was a love letter for his Hindi teacher. The collection presented in ‘Silent Conversations’ includes the best poems penned by Jupinder since his early writing years to date.

PRERNA for Senior Citizen customers launched by Bank of Baroda