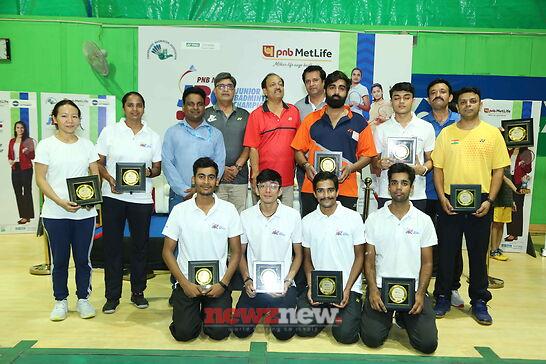 The Punjab state edition of the tournament concluded today at Chandigarh Badminton Association, Chandigarh and the closing ceremony applauded the rise of 10 Badminton champions across 5 categories.

Sameer Bansal, Chief Distribution Officer, PNB MetLife said, “We have witnessed an extraordinary demonstration of enthusiasm, determination, and commitment during the past three days. I want to congratulate the winners, and wish them luck for the finals. Our objective, at PNB MetLife, is to use sports as an effective medium to empower children with positive self-esteem and help them strengthen their mental and physical prowess. The competition helps in nurturing the right talent at an amateur level, thereby fostering their growth and ability to perform at larger platforms.”

The next leg of this year’s championship moves to Thrissur, Kerala and will run from 18th – 21st September 2022. Join us at VKN Menon Indoor Stadium, Thrissur because India’s next Badminton champion could be amongst the young players competing there!

Interested applicants may call +91 9319483219 to complete the registration process.

Note to reporters: please see the Tournament Details for specifics on the programme schedule.

PNB MetLife launched the first Junior Badminton Championship in 2015 to promote the second-most prominent sport in India by giving young badminton players a platform to showcase their talent. This pioneering initiative has grown from four cities to 12, has hosted 23,000 matches over the past five years, and has earned the full-fledged support of the Badminton fraternity in India.

Since 2019 it has brought in another layer of learning and development called ‘JBC Bootcamp’, which is hosted on YouTube: https://www.youtube.com/c/PNBMetLifeJBCBootcamp/featured, and showcases Badminton veterans and champions like P.V. Sindhu, U. Vimal Kimar ,Vijay Lancy, Anup Sridhar & many more, sharing their insights, tips and strategies to help the participants strengthen their game. 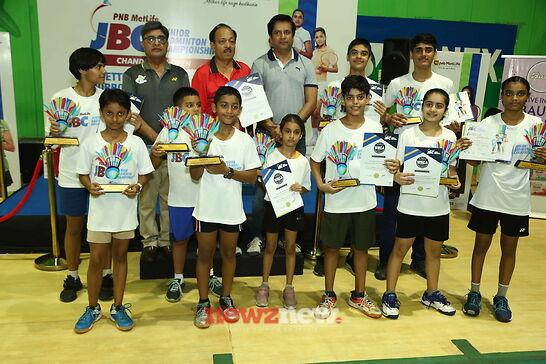 The 6th edition of PNB MetLife Junior Badminton Championship (JBC) is being conducted in 12 cities, including Mumbai, Bangalore, Surat, Lucknow, Ranchi, Indore, Chandigarh, Thrissur, Hyderabad, Bhubaneshwar, Guwahati, and Delhi. All Badminton players and aspirants in these 12 cities between the ages of 7 and 17 are eligible to compete in PNB MetLife JBC 2022.

The different categories include Under 9, Under 11, Under 13, Under 15, and Under 17. The match format will be singles and each participant can play in a maximum of two categories, as long as the maximum age limit is upheld. The State Winners will be invited to New Delhi for an awards ceremony with P.V Sindhu, two-time Olympic Medalist and PNB MetLife Brand Ambassador, and Ashish Srivastava, MD & CEO, PNB MetLife.