Pneumonia is a preventable disease that sickens 155 million children under 5 and kills 1.6 million each year. This makes pneumonia the number 1 killer of children under 5, claiming more young lives than AIDS, malaria, and measles combined. However, most people are oblivious to the disease’s distressing death toll. 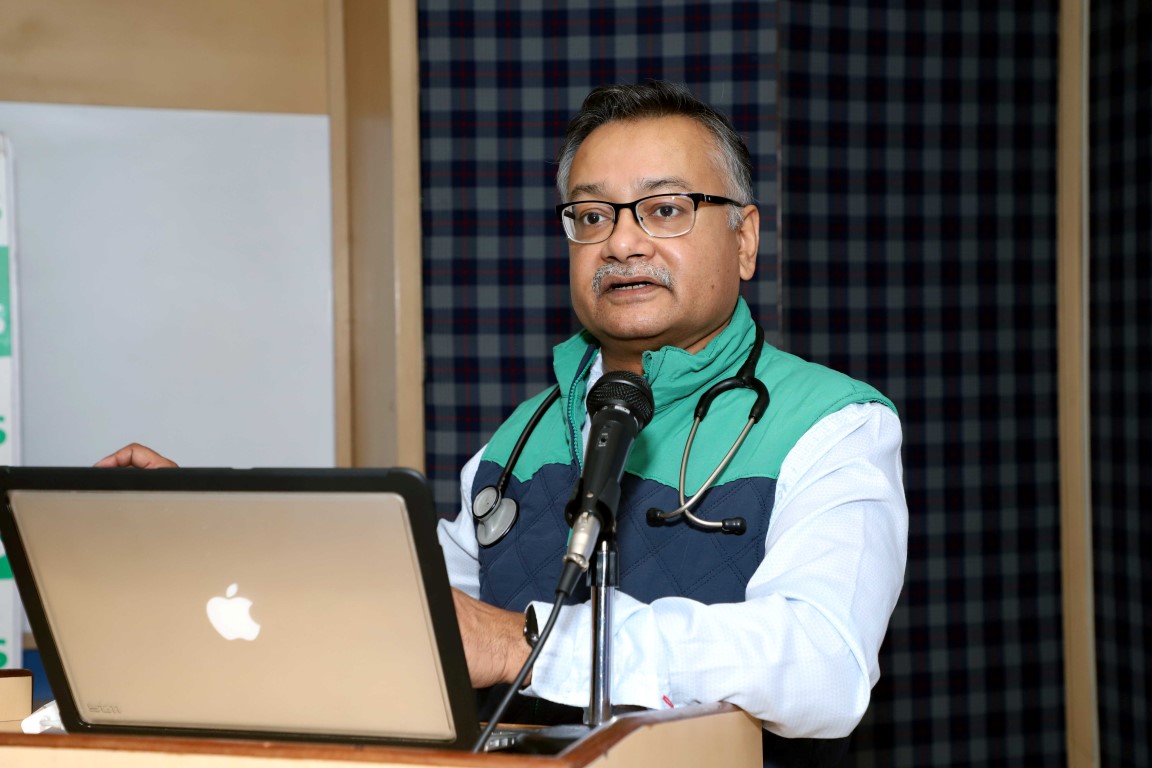 “World Pneumonia Day helps to bring this wellbeing crisis to the public eye and strives to encourage the policymakers and grassroots organizers to combat the disease”, he further added.

On the advent of World COPD Day i.e. on November 15, Dr. Mandal said, “COPD is the term used to describe chronic lung conditions that cause shortness of breath by blocking air sacs and the tubes which facilitate air to come in and out. With time the blockage becomes permanent.”

In chronic bronchitis, you tend to have a regular cough, commonly called the smoker’s cough.  There is production of mucus due to the ongoing inflammation in breathing tubes.  Eventually, permanent damage occurs which doesn’t allow in as much oxygen as you need. Obstruction of the airways, especially with mucus, increases the likelihood of repeated infections. In emphysema, the walls of your lungs become lax and eventually get destroyed and therefore breathing out is incomplete.  Air becomes “trapped” in the alveoli and reduces the ability of the lung to shrink during exhalation. This trapped air ultimately makes the oxygen transport inadequate. People with COPD can have either or both of these diseases.

Speaking about the signs and symptoms of COPD, Dr. Mandal said, “When COPD is severe, shortness of breath and other symptoms can get in the way of doing even the most basic tasks, such as doing light housework, taking a walk, and even bathing and getting dressed.”

“The symptoms of COPD are long episodes of a cough, often with phlegm that may be hard to “bring up”, feeling like you can’t breathe, shortness of breath, especially during exercise, production of increased mucus, difficulty exhaling Wheezing, and frequent respiratory infections”, he further added.

The evident risk factors of COPD include smoking, exposure to toxic chemicals such as silica or cadmium, and working around domestic and industrial smoke, excessive dust, or other air pollutants.

Speaking about the diagnosis of the disease Dr. Mandal informed, “The most common test needed is spirometry, where you blow into a tube connected to a machine called a spirometer. The spirometer measures how much air you have in your lungs, and can help detect COPD before your symptoms become obvious. A chest x-ray to look for over-expanded areas in the lungs; a CT scan to check the severity of your COPD; an examination of your sputum; or a blood test to measure the levels of oxygen and carbon dioxide in your blood.”

“COPD is considered a chronic illness. Whatever damage there is to your lungs will not get better. If you stop smoking, the damage may not get worse. If you continue to smoke, however, your lungs and lung function will continue to deteriorate. Preventive measures like quitting smoking, preventing respiratory infections, exercising, eating foods rich in antioxidants, magnesium and other minerals, and omega-3 fatty acids can be of immense help”, he warned.