newznew (Chandigarh) : Shooting of another Punjabi film “Amar Chamkilla” to start soon. But this time the film is based on famous singer, Late Amar Singh Chamkila. The name is “Chamkila”. Amar Singh Chamkila gained lot of fame in his times and we all love to listen to his songs till date also. The film will be made under the banners of Big Heights Motion Pictures, PBR Entertainment and Indi Billing Productions and the producers are Mahi Aulakh, PBR Entertainment and Indi Billing. 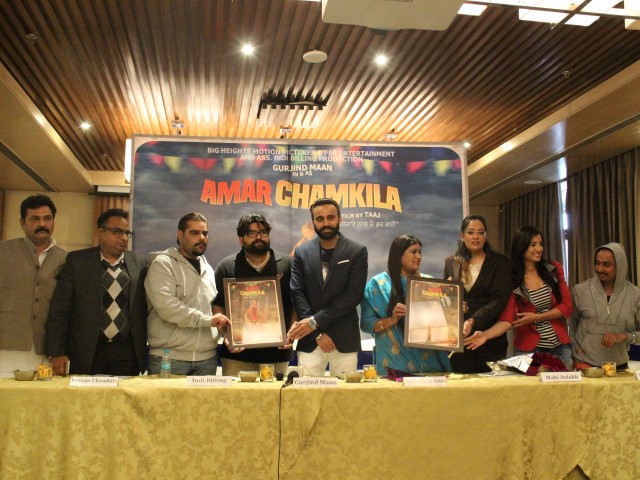 On this Special Occasion, Jaiman Chamkila, who is a son of Late Amar Singh Chamkila and Amarjot Chamkilla shared his views and said, “Today is a very special day and happy moment for him that he is going to be an important part of the film which is going to be made on his father and mother, Amar Singh Chamkila and Amarjot Chamkila. He further added, “There are other producers also who claim that they are making films on Amar Singh Chamkila, so today I dismiss those rights and give full rights to Big Heights Motion Pictures, PBR Entertainment and Indi Billing Production to make this film for which I would also be one of the Producers”.

The team of the movie said that this film, “Amar Chamkila” is a biopic and will be made on the life of Amar Singh Chamkila and Amarjot Chamkila. The shooting will be starting soon. The film will be Directed by Taaj. The story, screenplay and dialogues of the film has been penned by Gurjind Maan. The lead actor will also be played by Gurjan Maan. 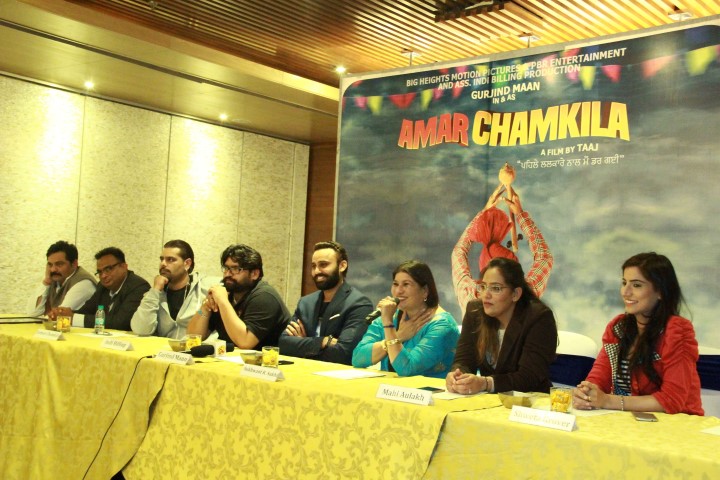 Producer, Mahi Aulakh, said, “This film will be her second movie as a Producer. It is a proud and happy moment for her to work on this kind of a storyline”. She further added, “This film is surely going to be very different amongst all the movies which are being made”.  Indi Billing also added, “Biopic Movies on such famous singers and actors should be made so that the so that the people should also know the hard facts of their life too”.